A tale of two allies,harmony, discord and banana sponge 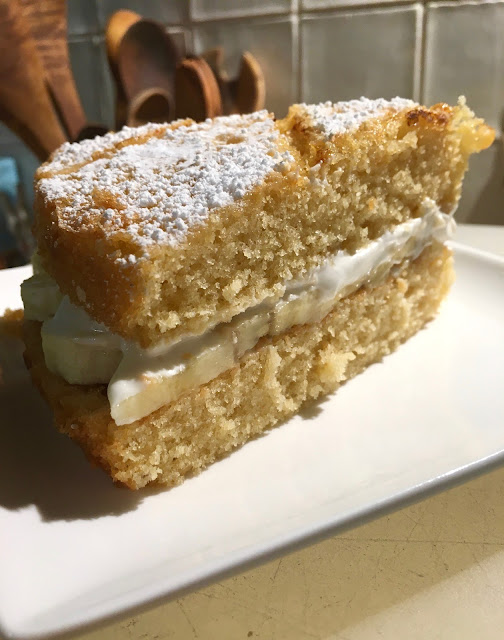 The banana republic is a metaphor for how a country appears to the world; it describes the closing down of self-reliance and a can do attitude grounded in pragmatism and experience by a narcissistically deprived strongman with delusional aspirations. The tragedy, of course, is that so many are willing to go along with it, creating a world best captured by Charles Dickens in A Tale of Two Cities:

With political divisions in Portugal´s oldest ally as rabid as they were during the Brexit debate,and its integrity in tatters,Portuguese politicians have shown us all how it is possible for political opponents to work together and emerge from the morass of a crisis without too much drama.That oldest ally meanwhile seems to on the slippery slope to becoming a banana republic. 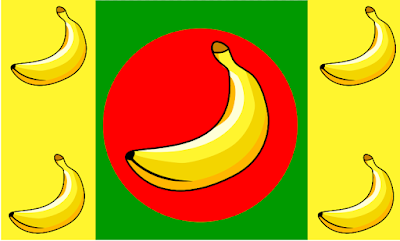 
"There is something that this country should be very proud of,and that´s that independent of political functions that each of us exercise,and the political forces that each represent, the Portuguese political system has been exemplary in the way it faced this crisis".
this "perfect harmony" allowed the country to " respond at the right time to everything that was necessary" 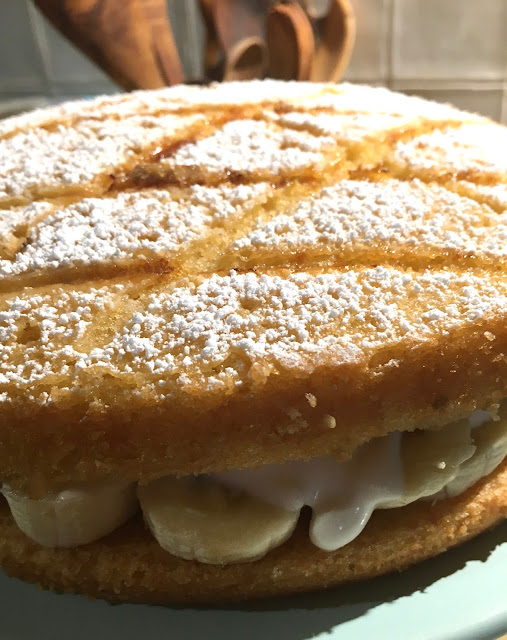 Easy Banana Cream Sponge
Everyone has been making worthy banana bread and banana loaves throughout the lockdown but that is so last week.In contrast ,this is an indulgent and old-fashioned scorched sponge that emanates from my mother´s well thumbed and dogeared cookbook.Its a treat that we all deserve for having been so cooped up for so long.Its light and essentially summery too.I have added an extra surprise technique to it too."Cuppa tea Jools?" "More tea vicar.... "
200g soft butter, plus extra for greasing
200g self-raising flour
1 tsp baking powder
200g golden caster sugar
4 eggs
2 tbsp milk

FOR THE FILLING
100ml greek yoghurt

50ml whipping cream
50g icing sugar
1½ tsp sherry
icing sugar, for dusting
Heat oven to 180C/fan 160C/gas 4. Grease and base-line 2 x 20cm non-stick round sandwich tins with baking parchment, then lightly grease the parchment. Sift the flour and baking powder into a large bowl, then tip in all the other sponge ingredients. Using an electric whisk, beat everything together until smooth. Divide the mix between the cake tins, then bake for 20-25 mins until cooked and golden. When cool enough to handle, remove the cakes from the tins, then leave to cool completely on a rack. Dust the top of one half with icing sugar.
To make the filling, whip the cream with the Greek yoghurt caster sugar and sherry until it holds its shape. Build the cake by spreading one sponge witha layer of sliced banana top with your cream filling then add another layer of sliced banana.
HOT TIP
Using the back of a large knife, score the sugar into a diamond pattern, or sear the score lines by placing a 12-in. metal skewer over a stovetop burner until end is red-hot. Use a kitchen towel to pick up skewer;Use the hot skewer to score the top of the cake with lines to create a diamond pattern.


For the filli
Posted by o cozinheiro este algarve at 12:02