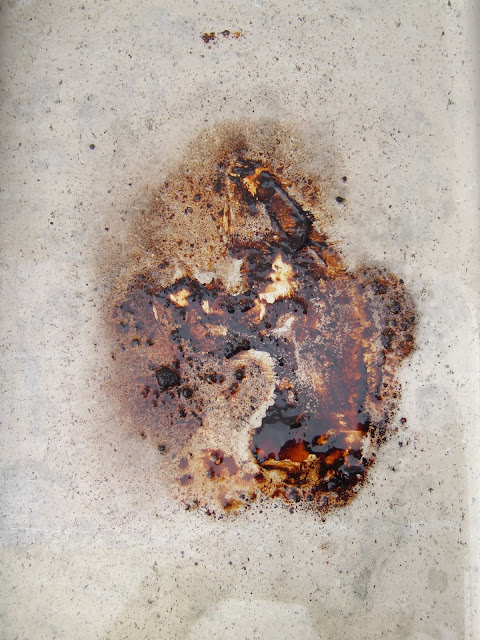 I write this in fear of being persecuted as a heretic, like the devils of Loudun. I write as a resident in a Catholic country.They might excommunicate me. I am convinced I have found a facsimile of the Turin Shroud in my oven. I will be considered  a dissolute cook, be tortured, crucified or even burnt at the stake. I achieve a rare stigmata in my roasting tray each time I roast peppers, tomatoes or other vegetables. After the roasted vegetables have been removed the tray is left with the marks, sores, or sensations of the pain inflicted to the vegetables by the intense heat of the oven. However I have turned this to my advantage. It is starting to make some sense and beginning to inspire me with ideas and titles for recipes I can recreate  for our annual medieval dinner during the Dias Medievais festival in Castro Marim in August.Vegetable rights has always been a concern of mine, even as a small child I would resist my parents when I was told to eat them. The cruelty and abuse was just too much to bear.Potatoes skinned alive then boiled or fried in pots and pans.How vegetables are torn and shredded and have to die for your salad! 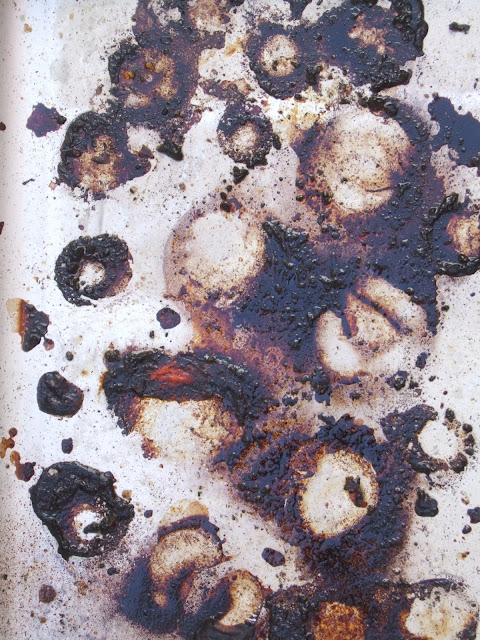 Never one to look a gift horse in the mouth I was recently given, by the President´s office of the camara (town hall), a beautifully crafted book "Receitas Idade média" (Recipes from the Middle Ages). 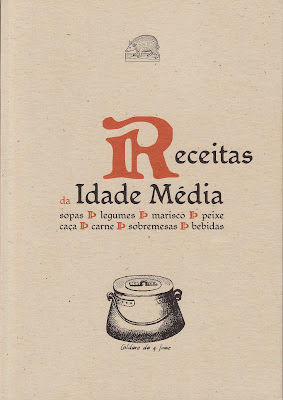 The pressure is on and a selection of recipes from this lovely book are going to form the basis of Casa Rosada´s banquete medieval at the end of August.So armed with a medieval batterie de cuisine including a varinha magica (literally a hand held stick for casting spells) I will attempt to achieve some medieval moments, inflicting torture by chopping, mincing, roasting, baking and grilling and no doubt, god forbid, along the way,produce yet more stigmata in my oven trays.And just in case you wondered, my latter day varinha magica will have to be a hand held blender.
Nearer to the festival at the end of August I will be posting the recipes I have selected and how I get on.A soup, a fish or shell fish recipe,meat,a pudding and accompanying drinks