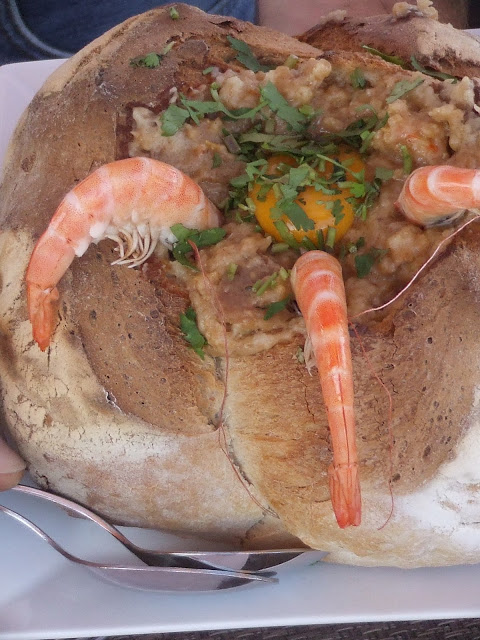 Açorda de marisco,a legacy of  the Arab occupation of the Algarve

Going back to my migratory roots 10 years ago, I wrote a blog post endorsing an article that had been published in Jornal do Algarve "Turismo culinario pode render milhoes."The essence of this article was the encouragement of restaurants to uphold the culinary heritage of the Algarve and serve some more traditional and unusual Algarvian dishes.That was 10 years ago now and over that period we have seen a certain osmosis of what forward thinking chefs have been serving. 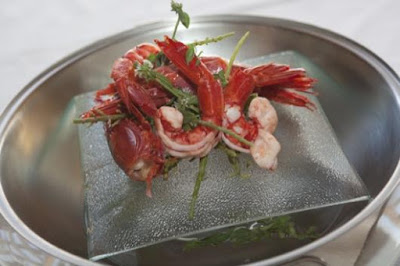 One particular example that has demonstrated this empathy is Restaurante Cha com Agua Salgada.The menu Marco Jaco set up for them and consequently developed annually was always about holding on to a wealthy gastronomic legacy.He brought back the old but made it new.It was a creative way of looking at traditional dishes and giving them a new lease of life. 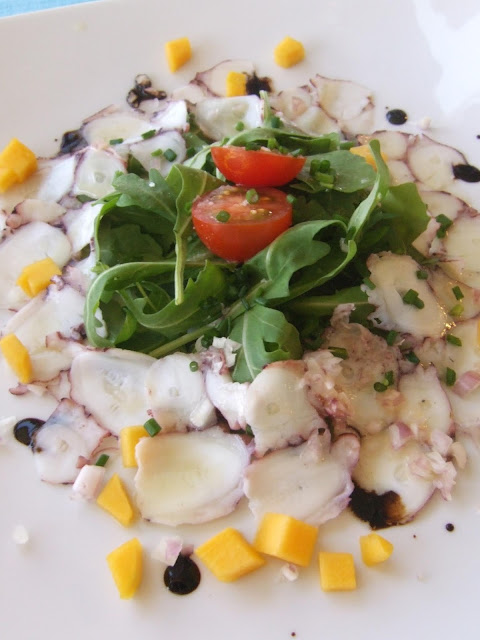 The Algarve has a forgotten culinary archive that chefs and restaurants have overlooked, in favour of more touristic food like "Chicken Piri Piri". Now is the time to tap into this legacy and reinstate some culinary classics.Delving deep and reinventing menus is the way to attract a wider more food discerning foreign clientele.
Portugal has always been a country of hopes and as we come out of lockdown Gastronomic consultant Teresa Vivas, who works to promote Portuguese cuisine worldwide, sees a glimmer of hope amid the current crisis. “From the identity perspective, Portuguese cuisine will likely become even more authentic and traditional. After focusing so much on mass tourism, it can be an opportunity for us to look even further inward,” she says. “I am very hopeful that our gastronomy will end up renovated and more genuine than ever.”
Before the approving gaze of the outside world fell upon it, traditional Portuguese cooking was, like many great cuisines, by and large considered the stuff of home eating, not serious restaurant fodder. “It’s not that Portugal has never been very proud of our cuisine, quite the opposite,” says chef José Avillez, whose 18-restaurant empire includes Lisbon’s much-lauded Belcanto. “The fact is that many of us had few points of comparison, and it’s more valuable to hear these things from foreigners. It was pride without validation.”
The creative side of Portuguese cuisine depends on gastronomic tourism.  More innovative takes on traditional cuisine often end up relying on the foreign patrons; without their financial support, many of the more experimental Portuguese restaurants’ days are numbered.“Without visitors, our gastronomy is at serious risk".If it is not dynamic, it can stagnate”
Integrating the work of Portuguese chefs with current trends worldwide is essential for the positive evolution of the country’s gastronomy — and that’s awfully hard to do without worldwide travel. If you look at some of Portugals leading chefs today they have all travelled and worked in other countries before becoming the big names they are today back in their own country. Avillez, considered one of the major references in Portuguese food,emerges from the pandemic only partialy scarred because of his adventurous soul and his out-standing taste recognized throughout the globe. He is number one of the top 10 chefs in Portugal, closely followed by Nuno Mendes, Henrique Sá Pessoa, Vitor Matos, and Kiko Martins.
And then look at some of the top chefs working in Portugal today that are not Portuguese by birth but migrated from other countries and achieved Michelin stars here in Portugal. Hans Neuner, Ljubomir Stanisic,Willie Wurger.And it’s not just the chefs and restaurateurs. The Portuguese restaurant boom had a positive trickle-down effect on purveyors, farmers, and an entire ecosystem of ingredients — a relationship that works both ways. With fewer restaurants to sell to, farmers — many of whom specialized in growing specialty ingredients key to Portuguese cooking in particular — may have to scale back their production or stop entirely. The same goes for fishermen, bakers, and other small suppliers, all of whom bet their livelihoods on the continued rise of the Portuguese food scene. Before COVID-19 shut off the tap of international tourists, Portugal was well on its way to becoming one of the world’s top culinary destinations: The New York Times included Portuguese cities on its 52 Places to Go list in 2017 and 2019, and the World Travel Awards named it the best European destination for the last three consecutive years. Eater dedicated a full guide to eating in Lisbon in 2017, and in 2020 appointed Porto, the country’s second largest city, among the world’s 19 most dynamic food cities in the world.The untranslatable Portuguese term saudade,a melancholic longing or yearning for the past, resounds here and perhaps it is not so far into our new future that restaurants can re-achieve this status again.As I am writing this,  Algarve business associations are sending out an SOS to the Portuguese government to “intensify diplomatic efforts with countries” – particularly the UK – to win Portugal vital ‘air bridge’ listing.They warn of thousands of insolvencies if this current travel corridor catastrophe isn’t fixed fast.
Well Bravo!!! Its not all doom and gloom, one Algarvian resort has embraced this call and answered Portugal´s prayers.VILA VITA Parc Resort and Spa has reopened the doors of its restaurant Atlântico with a renewed identity that places the Algarve’s traditional roots and ingredients at the core of the menu, supervised by Chef Pedro Pinto. This redefinition of the cuisine at Atlântico reinforces and complements the resort’s sustainable philosophy to highlight and support the richness of Portugal’s gastronomic heritage. 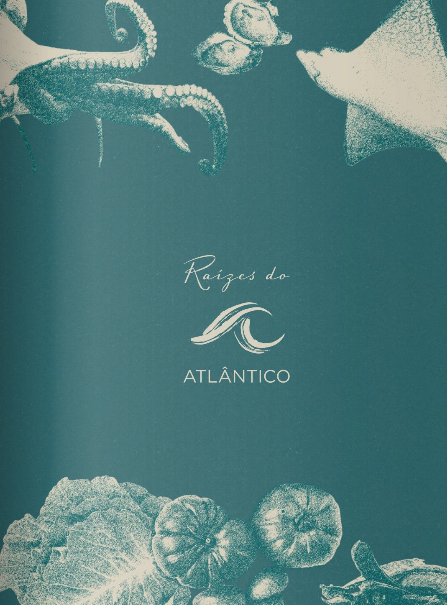 Atlântico restaurant returns from lockdown with a focus on ‘roots’. Gastronomic and cultural roots that the Algarve has collected over centuries, from the time of the conquests and discoveries, that translate the typical ingredients -  some albeit forgotten – and supplied from home grown vegetable gardens, small producers and local purveyors, into remastered traditional recipes from the Algarve.Favouring 100% organic products from local producers and respecting Nature’s seasonality, the new Atlântico menu highlights dishes such as Beetroot Tartar (forest berries, pickles, strawberry mustard from “Quinta da Saudade” and Algarvean goat cheese); Carolino Rice from Alcácer do Sal (scarlet prawn and bivalves infused with aged eau de vie and coriander), Crunchy Oysters from Ria Formosa (Atlantic seaweed, lemon and Kashmir curry), BIO Cozido Portuguese Stew (chickpea, sweet potato, grass pea, turnip, kale, Alcobaça pear and vegetable sausage), Middle Eastern Wheat Bulgur (slow cooked organic lamb shoulder with Marrakech seasoning) or Ray fish from Olhão (cockle migas, lemon and watercress). For those who prefer to be surprised, there is also a Chef’s Tasting Menu, “Roots with a Story”. 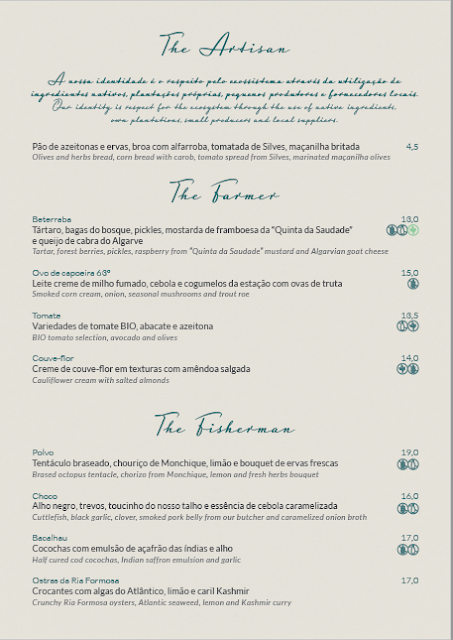 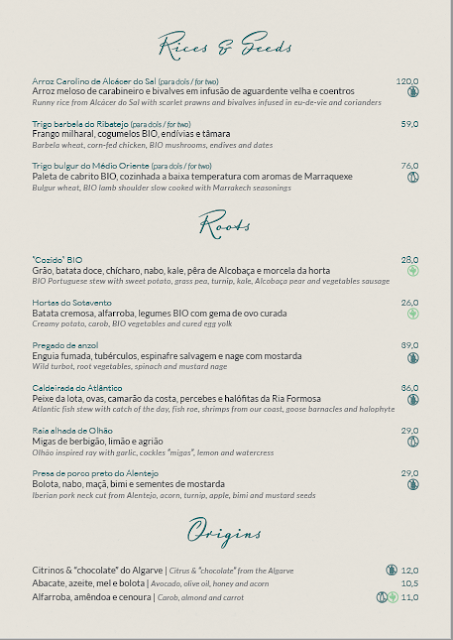 Dynamic, creative and elevated quality define these dishes which are only conceivable “thanks to an organic cuisine, focused on the flavour of the ingredients and inspired by Nature itself” affirms Chef Pedro Pinto, whose professional training has taken him through various Michelin starred restaurants, such as AbAC in Barcelona ***, Vila Joya ** in the Algarve, or The Yeatman** in Porto.
Atlântico restaurant, offers a wide variety of gastronomic options, based on the “farm to fork” philosophy, respecting seasonality, production and local farmers. Many of its organic produce, including meat, originates from the resort’s sister property – and beautiful countryside farm estate and winery in the Alentejo, Herdade dos Grous.
It may well not be cheap but its possibly just the ticket we need right now. Here´s hoping more will adopt this approach.As we unfurl our napkins again lets raise a glass and recreate that buzz of animated conversation and atmosphere.
Restaurateurs have balked at the visual effects of expensive acrylic screens, saying they will detract from the look of their establishments and make clients feel uncomfortable. Another lament has been that there is no longer the buzz of animated conversation in dining rooms, or queues waiting at the door for the chance of a table.Mood. Buzz. Atmosphere. Call it what you wish.At the end of the day it is not the hand sanitiser gel packets that are now a part of the place setting but the innovative food that will be the one thing most likely to bring us back to a restaurant, and it’s the thing we’ve missed most in lockdown.
Email Post