Rabbit ragu with just about any type of pasta 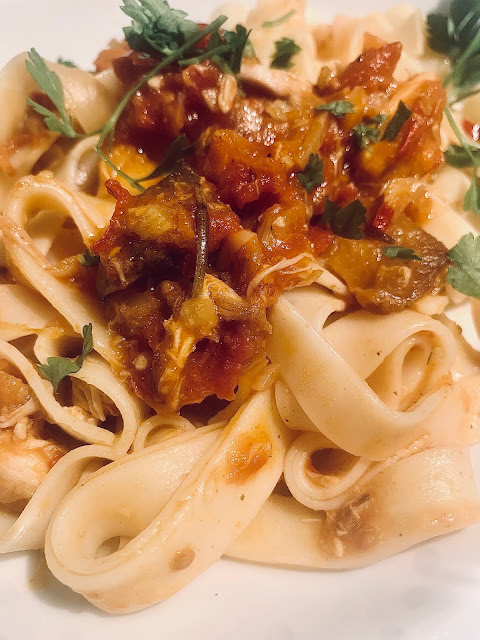 I was never never a fan of rabbit until I went to San Gimignano and just by chance ordered it in a small trattoria for lunch, where we were dodging a rain shower. After lunch, browsing in bookshop I purchased a cookery book and in it was a recipe for pappardelle with rabbit ragu.I have never looked back. I have been a fan of anything rabbit ever since that day. I have now developed a whole new appreciation for rabbit, and what is more I now have a rare and much loved cookbook. If I could eat tagliatelle with rabbit ragù every week, I would. My first choice pasta , the traditional one would be pappardelle, but I am more than happy with tagliatelle, in fact this ragu would be delicious served on just about any type of pasta.  The sauce started with rabbit meat browning in a glistening puddle of butter and guanciale. It was then wetted by wine and broth and a blushing bit of tomato before being simmered patiently for a good while – long enough for quaffing a nice glass of red that was on the side. The rabbit sauce has no shortcuts: its therapeutic properties rest in the cooking as much as the eating. Taking a half Thursday to bring it all together seems like a luxury sometimes, but it all feels very worthwhile the moment we sit down to supper.
Rabbit ragu
500g Rabbit Pieces 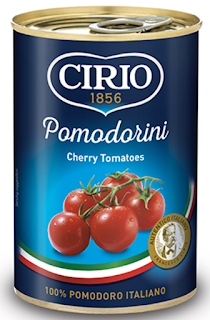 Heat the oil in a heavy saucepan and brown the rabbit pieces on all sides, then remove to a plate.
Add the carrot, celery, and onion to the pan and cook for about 5 minutes or until the vegetables are soft and beginning to brown.
Add the garlic and cook an additional minute or two, then add the white wine, and turn the heat up stirring the mixture to scrape up any browned bits on the bottom of the pan.
Add the rabbit back into the pan with the tomatoes, red pepper, basil, and season with salt and pepper.
Cook over low heat for about 2 hours until the meat begins to fall off the bones, adding a little water to the pan if needed.
Remove the meat from the bones and return it to the pan.
Taste and adjust seasonings if needed.
Cook the penne in boiling salted water until it is "al dente".
Drain and return to the pot, and add the sauce to the pasta and stir over medium heat until the sauce is well mixed with the pasta and piping hot.
Serve in individual bowls topped with some chopped fresh parsley.
Serve, offering grated cheese at the table.
Email Post