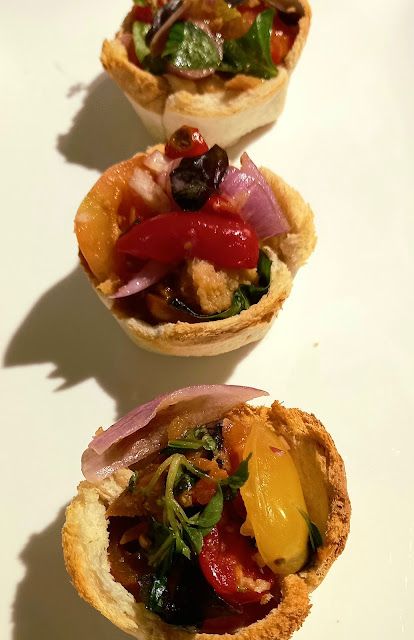 Heatwaves (quite rightly) bring talk of gazpacho. There is another dish akin to sultry weather and that also involves dried bread and salted tomatoes ( yes salted, read on ) That dish that I´m talking of is Panzanella. When the temperature registers 37º my thoughts turn to salad. The classic Italian bread and tomato salad manages to be fresh and summery, but still hearty enough to eat as lunch or a light supper. And lets get one thing straight: Panzanella is not a tomato salad with bread, its a bread salad flavoured with vegetables. Tomatoes didn't make their way into the classic panzanella recipe until the 16th century at the very earliest (since tomatoes didn't exist in Europe until they were brought back from the Americas), and it's even more likely that they arrived far more recently. Writing on panzanella in a 16th-century Italian text, the Florentine painter and poet Bronzino says:
"Un'insalata di Cipolla trita con la porcellanetta e cetriuoli
vince ogn'altro piacer di questa vita."
That is: "A [bread] salad made with chopped onions, purslane [a type of wild succulent lettuce], and cucumbers surpasses all other pleasures in this life." 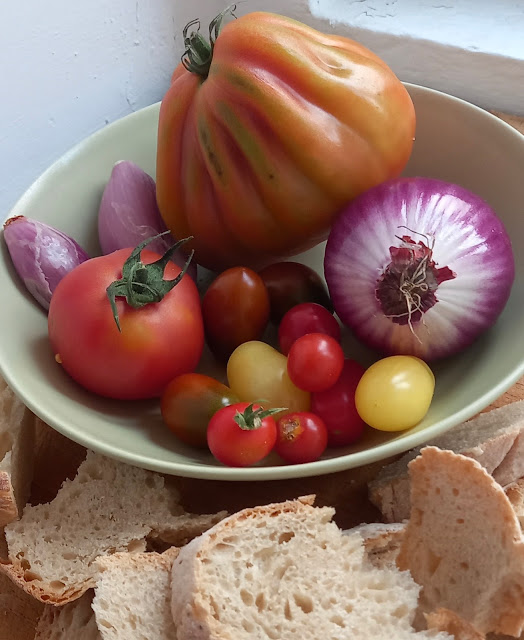 Now here is where salt comes in. Salting the tomatoes intensifies flavour in the Panzanella. Tossing the tomatoes directly with the bread is good enough, but you can coax a little more concentrated flavour out by salting and draining them first. Salting draws liquid out of tomatoes through the process of osmosis—that is, the tendency of a liquid (tomato juice) to migrate across a membrane (the tomato's cell walls) from an area of low solute concentration (within the cells) to an area of high solute concentration (outside of the cells). In other words, salt draws out the water in tomatoes, which makes each piece of tomato more flavoursome.
Conveniently, this process takes about 15 minutes—exactly the same amount of time that bread takes to toast in the oven, and incidentally, the same amount of time it takes me to polish off a small, cold glass of wine.
The liquid that gets pulled from the tomatoes, while not quite as flavoursome as the actual tomato that's left behind, still has plenty to offer.Whisking this tomato juice into my vinaigrette was another additional upgrade. The salad ended up with plenty of ambient tomato flavour, punctuated by chunks of concentrated, extra-tomato-y pieces. My third and final amendment was to serve the salad in baked bread punnets,just a witty retort to a bread salad. 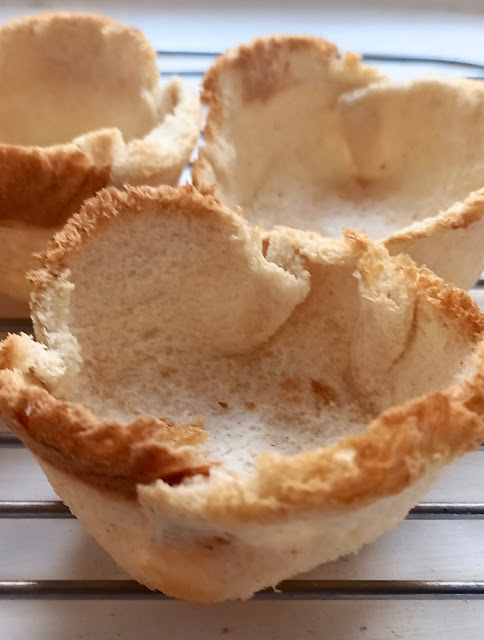 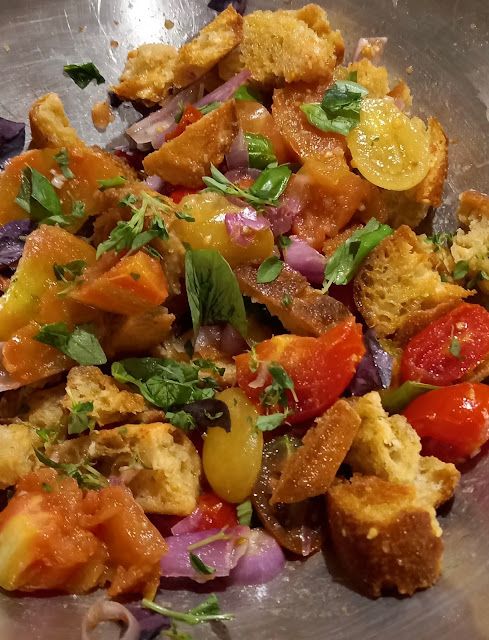