Fear of fat. dont blame butter but embrace it! 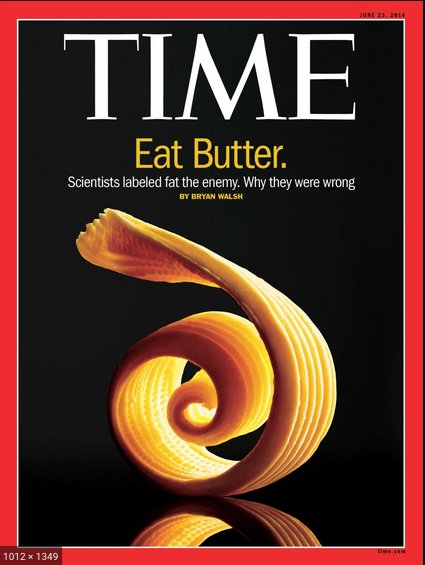 Butter has to be one of my favourite ingredients. It´s asolutely delicious and so versatile, the cornerstone of all good cooking. It´s the greatest cooking secret of all time, butter! I make no apology for confessing my love of salted butter. Butter on its own is a work of art, but put it in a butter dish and you might just as well put it in the Louvre. In recent years, the world’s finest chefs have been paying unprecedented attention to the humblest of foods. In their hands, butter — simple, delicious butter — has moved out of the plastic ramekin and into the spotlight. Flavoured, sculpted or adorned with flowers, these butters are both works of art and tantalizing previews to the courses that follow. The great chefs don’t like to admit it. Gourmets don’t want to know about it. I just cant get enough of it. When I see a golden block, here comes happiness .Butter, in short, is newly ascendant. The New York Times, The Independent and Food & Wine magazine have all featured stories recently on the rising popularity of butter. Chefs are taking notice, and leading the way to butter’s revitalization.
My mother taught me not to be afraid of butter .Everything tastes so much better with it. She was probably caught on the rebound of rationing but never have I been given sounder advice."butter makes it better" she would say.I never gave up butter when margarine was all the rage.

"Unbuttered toast is a substance half complete, and to be forced to eat it in that state is necessarily to feel deprived.”

For me, freshly baked bread and toast spread with a quality brand of  butter remains one of the best parts of gastronomy. When dining out, normally I dive in as soon as the bread basket hits the table. I realize that the chefs and I have something in common: a deep love for butter. Chefs  are treating butter like it’s something worthy of time, effort and detail.Its usually the first and last thing that goes into the pan in a restaurant dish.The amount of butter chefs use is why restaurant food tastes so much better than home food, it gives sauce that tell tale gloss, it emuslsifies. If you have green beans, you might put two tablespoons [of butter] per portion,” concedes Gray Kunz, who used to run the kitchen at Lespinasse in New York.

If you knew how much butter goes into a risotto dish you’d probably never eat it again. And puff pastry! It’s almost equal amounts of butter and flour. There are few culinary joys equal to biting into the still-warm crust of a puff pastry tart. The way those crisp yet airy layers shatter into crumbs always makes me giddy with wonder: How can butter be so light and feathery? How can air be this rich and crunchy? If you have an exacting nature, plenty of patience and loads of time, making your own puff pastry is ideal. But for the improvisational cook like myself, a box of good, all-butter puff pastry kept in the freezer is a perfectly legitimate alternative, making baking as ethereal and burnished as anything I’ve been able to make from scratch. If butter had a patron saint, it would have to be Julia Child.

"With enough butter anything is good"....
Julia Child

So why would you use olive oil when you have perfectly good butter?
Butter is definitely on the radar for 2023. 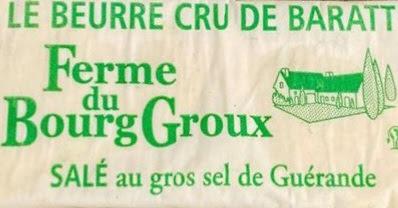 One of the highlights of our trip to France last year was experiencing the joy that is salted butter.A jambon beurre is nothing if not made with lashings of salted butter and dijon mustard.Nobody should have to apologise for enjoying good French or pasture fed jersey cream butter. Not liking or understanding butter is to me  like admitting you hate joy. 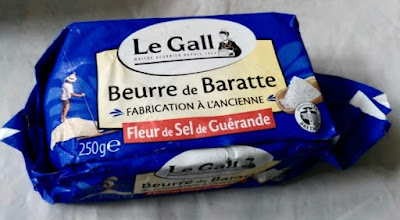 Castro Marim is twinned with Guérande in France for the very reason that they both are home to artesanal salt production. Alas Castro Marim as yet does not have an artisan creamery to produce artisanal butter.
While the tik-tok trend of artisanal butter boards might not stick around, focusing on quality butter will. If you search TikTok for the hashtag #butterboard, you’ll get a butter-load of videos with a total of 236.9 million views and still counting. Before you deem this to be the best thing since sliced bread, though, you’d “butter” beware of the potential hazards of this spreading trend. By adding butter at room temperature into the cracks in a wooden board you’re basically building a haven for microbes to reproduce. Being a breeding ground for bacteria is yet another reason why using butter that’s been sitting out for a while is not a great idea.( Had to get a Tik Tok gripe in somewhere ) 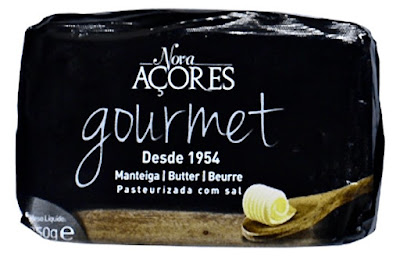 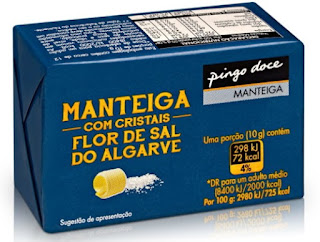 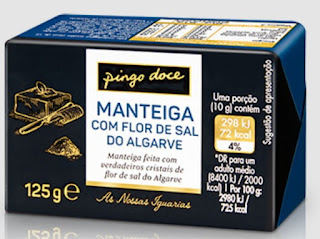 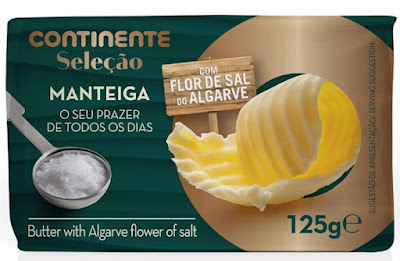 Meanwhile consumers are stepping up their butter choices by buying artisanal butters, flavoured and compound butters, and butter from grass-fed cows with a focus on the quality and purity of the grass. Flor de sal,garlic and herb, and maple syrup are all flavours to watch out for.
As with all animal fats butter is better for you than vegetable and seed oils.Butter contains most of the essential vitamins, minerals, Amino acids and fatty acids that our bodies need to be healthy and function properly. So you are not allowed any vegetables until you have eaten your portion of butter first.
Vitamins in butter:
A, E, B1, B2, B5, B6, B12, K, Choline 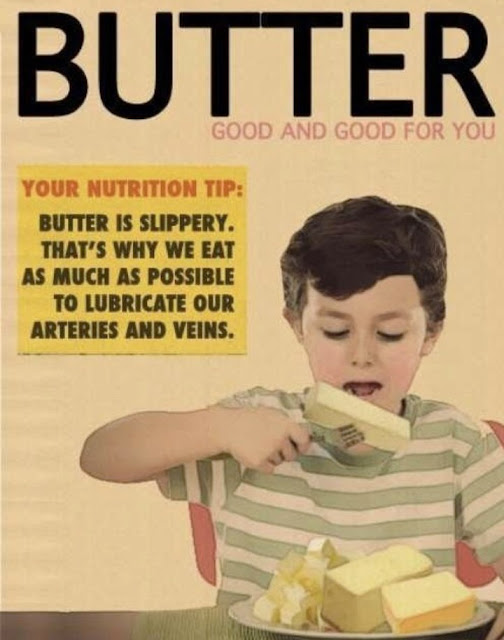 There is only one way to make food that tastes excellent, though it may not necessarily be healthier: use very high-quality ingredients throughout. More often than not, the reason a dish doesn’t come out as well as it might is because the ingredients weren’t the best. Unfortunately, very, very few ingredients one can find at a typical supermarket are ‘high-quality’ - certainly not in either produce or meat - and if it’s an ‘economy’ line, it will almost certainly be poor. The downside, of course, is that quality doesn’t come cheap: ingredient costs will probably increase by a factor of 4, and then you need to be really sure your technique is on form to avoid ruining something that could have been great.
Many, many have talked about salt, sugar, or fat. These may or may not make something taste better, but they generally do have the effect of stimulating cravings much more effectively, and hence can make things seem to taste better because they satisfy that inner craving. Humans have evolved to seek these 3 things because they’re basic to survival, and, within limits, good for us.
Now, it’s definitely possible to be heavy-handed with any of them - using so much butter, or salt, or sugar, that the result is unsophisticated and coarse. That definitely does happen in restaurants quite a bit, even high-end ones, although it doesn’t happen all the time. If professional chefs sometimes appear to use an excessive amount of butter, though, that’s because it sells, and at the end of the day that’s what they’re there to do, sell food to people. The crave-effect also kicks in because there’s no easy way to do a side-by-side comparison: if you made the same dish that was perhaps overkill with butter using less, it might taste better if you compared them right there, but in a restaurant, you get either the one or the other. And the heavily buttery one is likely to ‘stick’ longer in the memory thanks to that evolutionary pattern. So it ends up seeming better because it was in some sense more memorable.
In addition, sugar, fat, and salt can ‘hide’ a great many shortfalls in the quality of the other basic ingredients themselves, so it is often used to conceal mediocre-quality raw materials. In fairness, even chefs these days have a tough time sourcing really good quality, so much is industrially produced with one aim in mind: lowest possible cost, and finding suppliers that even have anything decent to offer can be almost a quest in itself.
On the other hand, relative to modern expectations of what is supposed to be ‘healthy’, it’s probably better to err on the side of generosity anyway, because what is promoted as healthy today, is food almost entirely stripped of anything that might enhance flavour. Take heed here also, when shopping that anything labelled low fat wil undoubtably have additives like extra salt or msg in it to replace the flavour taken out.There is a decided unspoken implication in healthy eating books and media that anything that delivers very strongly visceral pleasure must be in some sense ‘bad for you’ - that ‘virtuous’ eating consists in eating things that, at best, appeal mostly to the intellect.
But, perhaps as a result, there is equally a trend that simply revolts against these ideas by assuming that if more is good, much more must be that much better. Some might say that it is absolutely not necessary to wrap scallops in 3 rashers of bacon and serve them in a pool of butter with fried brioche toasts.
The bottom line is that there are very few shortcuts to making food that tastes excellent, and efforts to combine good flavour with some other objective (such as healthy eating or maximum profit) tend to be self-defeating.