Compliments of the season 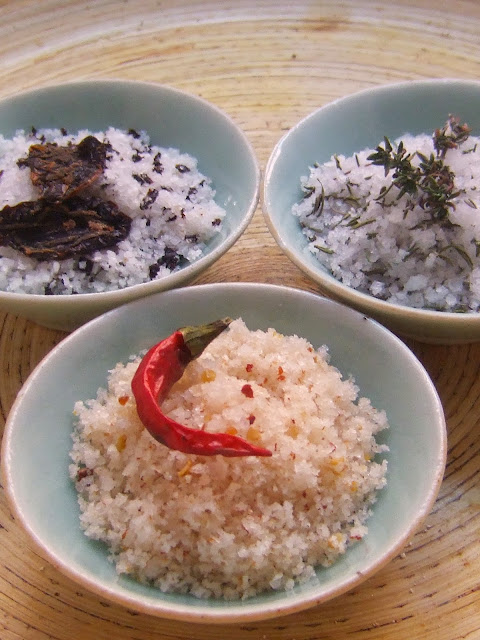 "When we met, I always knew
I would feel that magic for you"

Caught up in the rapture  of the season it can be so easy to forget to pay attention to the finer details of one´s cooking.Those all important little tweeks like that reminder at the end of recipes that says "taste" and "Adjust the seasoning". I have been experimenting with ways of using up some of the summers harvest.The three key ingredients I chose for my experiment were dried thyme, piri piri peppers and sundried tomatoes. The experiment was to introduce some  flavours to compliment natural Flor de Sal.Lovely aromatic produce that I had gathered during the hot arid Portuguese summer could be used to bring a little warmth and piquancy to enhance winter´s compendium.To have these little seasonal helpers to hand can be a godsend.Its all about that other phrase that food writers bandy about "salt and pepper to taste"

.....and while on the subject of home flavoured salt,home made celery salt will come in very useful over the festive season,not only in cooking but as an essential part of the morning after, hair of the dog, Mary.
Email Post