Comendo com historia It's delightful,It's Delisbon it's delicious, it's de-lovely. 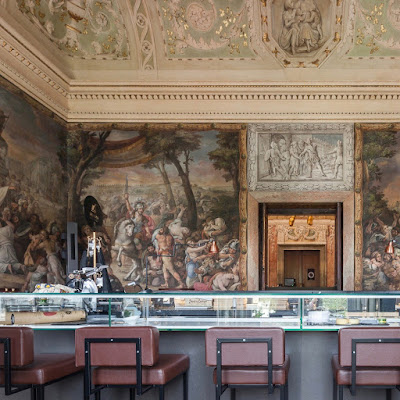 Long ago in days of yore,in downtown Lisbon there was an elegant Palace, built in 1781, where the aristocracy and bons vivants danced, enjoyed lavish banquets and admired new works of art. This palace was a very different one to the gastronomic emporium it has become today, it still retains its graceful architecture and its history and experience, and one still gets a feeling of a former glory and opulence.


Today´s Lisbon is now becoming more cosmopolitan, thanks to increasing numbers of visitors from overseas, including the start-ups that are finding a niche here. With its relaxed but sophisticated feel, Palácio Chiado, a restored 18th century palace in the heart of the city’s old town is attracting these younger entrepreneurs and international residents. The environment that surrounds us while we eat, to me is so important.The visual surroundings and decor of a restaurant can affect my decision of what I am going to eat. On entering Palácio Chiado, the former Barão de Quintela Palace, one is faced with a culinary conundrum. Which of the seven luxury food courts would one prefer to dine in.Spread over two floors you can wander through century old rooms full of frescos,and gaze up at vaulted ceilings, grand staircases  stained glass windows and there are even plenty of nooks in which to sit and chat.You are confronted with the choice of eating cod dishes (Bacalhau Lisboa),boards of aged meats (Meat Bar),gluten-free and lactose-free  and vegetarian food (Local Chiado) fusion sushi and Asian food (Sushic Chiado),convent sweets and Davvero ice cream (Confeitaria do Palacio) or the food court we chose, which was Portuguese cheese boards  cured ham and sausages (DeLisbon) 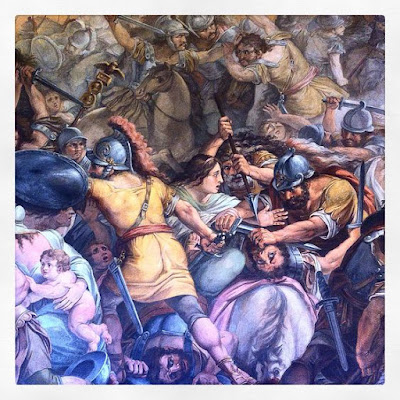 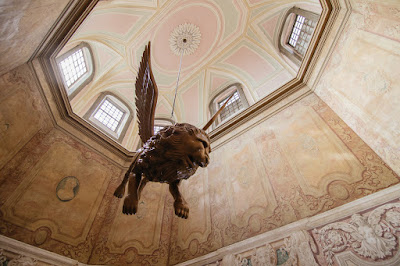 From the options available in Delisbon we opted for a large sharing board entitled "Table Surrounded by Friends" which included Cinco Jotas Ibérico ham, Portuguese Cured Sausages, Selection of Cheeses (Soft cheese, Joaquina, Ilhéu)all served with bread and a pile of French toast.As a supplement we selected some piglet rissoles and washed it all downwith some very coiffable Douro wines.Dining with a nostalgic nod to days of a former decadence. 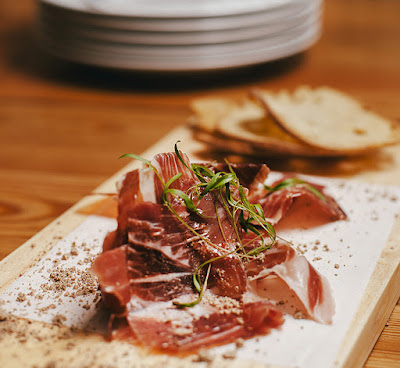 You can order food from all 7 kitchens - mix it up and the charming and friendly staff go way beyond the call of duty to bring it all to you - and there is only 1 bill at the end if you prefer. Well worth a crack and much better than just trying a run of the mill place - this is something unusual and memorable......
“Excelente !!! O lugar do momento”
Email Post