Medronho not just a drink 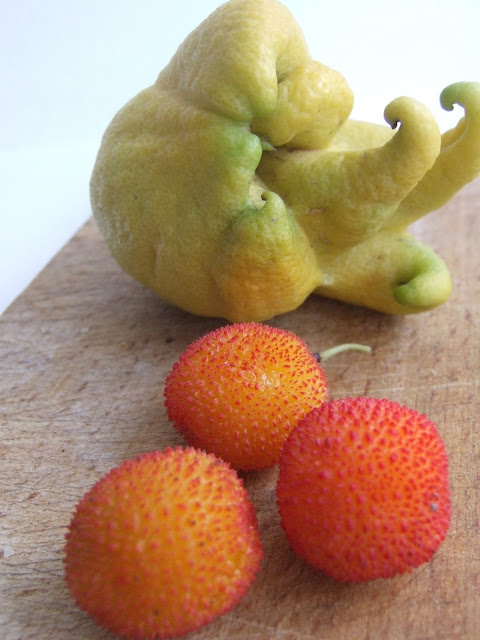 The Arbutus Unedo, strawberry tree in English, seems a fairy tree or, better, the tree of snack baskets from The Wizard of Oz… it is, in itself, a magical tree because during autumn and winter it brings proudly on its branches, at the very same time, the leaves, the white flowers and  the colourful and sweetish fruit.Interestingly enough one of our guests earlier this year said our garden was a magical one.
The berries have an acquired taste. Maybe that is why it has "Unedo" in its Latin name, which means: eat only 1. The fruit and the pretty little flowers can be see all at the same time, between October and December. It takes a complete year for the berry to develop from flower to ripe fruit. First they are green, then orange/yellow and finally they turn red. The tree - or better the bush - that they grow on is evergreen and can grow up to 10 meters high. It is a member of the Ericaceae family, which makes it a cousin of the heather and bilberry.
The Medronho berries are mainly used to create the famous Algarvian Aguardente de Mendronho.
But the berries have a high pectin content, which makes them very good for preparing jams and preserves. The fruit, as well as the leaves, have been used in folk medicine for ages to treat problems like diarrhoea, arteriosclerose, kidney and bladder infections or liver diseases. The berries have many phytochemicals, including polyphenols, which are thought to reduce cancer risk, coronary heart disease en degenerative diseases. They are also rich in antioxidants such as vitamines C and E and carotenoids.
For treatment of kidney/bladder problems you can try this:
Boil a liter of water, add 20 grams of leaves and leave them there for 10 minutes. Drink a cup 3 times a day for 3 weeks. You can sweeten the tea with a little honey.
Be careful though and do not eat too many fresh berries (not in case you like the taste), but because they also contain a lot of tannins wich can give you some problems.
The Portuguese became very skilled in distilling the fruit in late winter, after weeks of fermentation, and create the famous Algarvian liqueur.
Medronho trees grow wild on the poor soils in rural regions of Portugal and the inner Algarve.
There is no commercial plantation of the trees and the fruits are mainly collected by local farmers by hand, and processed privately. Therefore, good Aguardente de Medronhos is not easily found in supermarkets, but instead bought directly from these farmers. Very few farmers have a license for distillation, but are tolerated by the authorities to keep this traditional Portuguese specialty alive.
Aguardente de Medronhos is very popular with working people, such as farmers and fishermen, and often drunk for breakfast to wake the spirits. A commercial derivative, sweetened with honey and flavoured with herbs, is sold under the brand name Brandymel.
Aguardente de Medronhos is also known as Firewater to non-Portuguese speakers, and obtains this name from the hot sensation as the consumed beverage travels down the throat and is felt through the sinuses. And also from the fact that "água ardente" is Portuguese for burning water.
Alcohol content of the beverage can vary, however many bottles of Aguardente de Medronhos contain around 48%. The beverage is consumed in shot-glass sized portions. 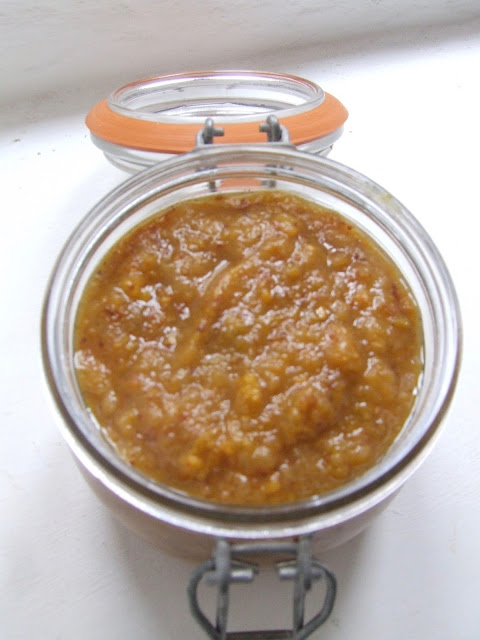 (Recipe adapted from a recipe in "natureza,gastronomia & lazer" by maria manuel Valagão )
Last year was a missed opportunity. I blinked and missed the berries before the birds got them.The colour of the outside is so intense that birds  can clearly tell a ripe sweet fruit from the slightly bitter yellow ones, so this year I kept a watchful eye for them turning red.The first thing to do is turn some into jam, because even being picked directly from the tree,the berries can turn out to be damaged if not used within a few days. After you have made the jam, stretch your imagination and use in cakes, muffins, ice cream, etc.or as one might use strawberry jam.I think it would make a perfect foil for Foie Gras 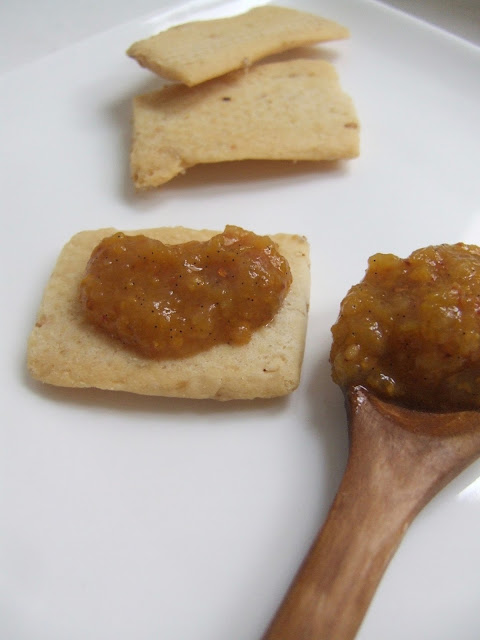 500g Arbutus berries
500g of quince (marmelo),peeled cored and de-seeded
350g golden sugar (amarelo)
300ml water
1 vanilla pod split in half
teaspoon allspice Pimenta da jamaica moida
teaspoon grated ginger
juice of 1/2 lemon
orange zest (casca de laranja) q.b
Pick and wash arbutus berries thoroughly.Prepare the quince as above.
In a pan, place all ingredients and cook for about 1 hour.Mash the mixture down and put back on a low flame low until it reaches setting point point (117C or when the syrup falls or slides, off the back of a wooden spoon.
Remove the vanilla pods and put the still hot jam into sterilized jars. Turn the jars upside down to vacuum.