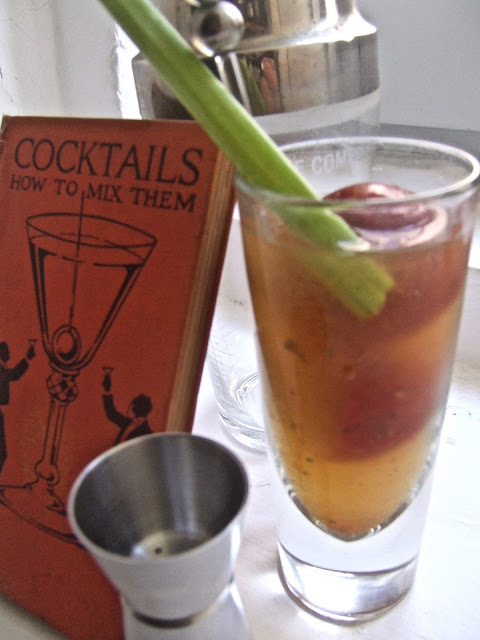 "The best cure for what ails you is to have some more of it".I´m all for that, especially when it comes to a Bloody Mary."Bloody Mary is the girl I love"perhaps a little too much.Well, how about an old-fashioned riff on the Bloody Mary? New year is perhaps the best time of year to enjoy a timely cocktail with a beefy splash- The Bullshot.It's the kind of off-menu drink that ad men ("Mad Men," ) would order in the '60s to boost their street cred.
The story of the Bull Shot began around 1952 at Detroit's Caucus Club. It wasn't long before the Hollywood set, in particular Rock Hudson, caught wind of this odd drink and by 1957 it exploded on the scene.
In any sense, the Bull Shot was not a normal drink, a drink for acquired tastes, one that you will either love or hate.Though it was a big hit in the 60s and 70s,for some reason it remained popular through the 1980s. This was the era of three-martini lunches and classy drinks that have since been revived by the TV show "Mad Men," So how did a drink with beef broth (of all things) come to be such a hit? The Bull Shot is making a surprising comeback as it appeals to drinkers looking for that now fashionable retro vibe.Could this be a hit in Southern Europe like the gin craze was? Come on Portugal and Spain, lets see some mixologist initiative.Get  it on those menus.
What is the Bull Shot? Well, if you take the tomato juice out of the ​Bloody Mary equation and replace it with beef broth or consommé, you have a Bull Shot. Just like my favourite brunch drink, it can be spiced and flavoured to your taste.I decided to get the best of both worlds and served my Bullshot with Bloody Mary ice cubes
You may even want to join Bull Shot fans who enjoy it warm in the winter. In that aspect, it's a lot like drinking spiked soup,and there´s nothing wrong with that- SAUDE !!!
An authentic bullshot
90ml chilled beef consomme
45ml vodka
A dash or two of Worcestershire sauce
A squeeze of lemon
A dash or two of Tabasco
juice 1/2 lemon
Mix Worcestershire and salt in glass. Add ice cubes. Pour over vodka, then broth.
Garnish with celery stick and/or lime wedge 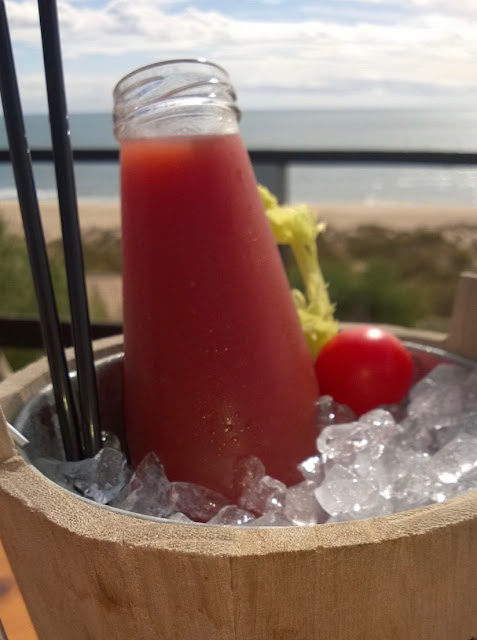 the "cute mary" cocktail as served at Guarita terrace
Happy New Year Everyone!!!!!