Waste not why not? food for thought

As the clocks struck midnight on New Year’s Eve, many of us will have made a resolution for 2018 which we will strive to keep, but many of us will fail at the first hurdle and many did not even think about it.In order to succeed we must choose an option that we are going to get some gratification from.Its no use struggling with something you dont enjoy or dont believe in.Its never too late if you haven´t already set yourself a challenge.
This year I am not making any promise to myself that I can not keep.Instead of making a resolution I am setting myself a mission.A simple mission to change not only my habits but hopefully those of others.The goal is to turn "wasted" ingredients into simple, creative and nutritious meals.This one is do-able, achievable and wont cause any hardship.Why are dustbins and garbage cans brimming over with discarded nutritious ingredients while there are those without a home begging on the street in order to sustain their next meal The inspiration comes from my current food hero and one who I consider to be possibly the best chef in the world Massimo Bottura. He has published a book “Bread Is Gold: Extraordinary Meals With Ordinary Ingredients.”Massimo´s "NO WASTE" philosophy is summed up in his in his own words describing the book.


'These dishes could change the way we feed the world, because they can be cooked by anyone, anywhere, on any budget. To feed the planet, first you have to fight the waste'

On average European countries currently waste an average of 500 kilograms per person a year.Portugal alone wastes about a million tons of food a year.The plan against food wastage in Lisbon saved more than 2 million meals from going to waste last year, which were then distributed to the needy.
The United Kingdom throws away 7 million tonnes of food and drink  every year, the majority of which could have been eaten.The average family throws away 22% of their weekly shop, which is worth £700 per year. In the US, the per-family equivalent is worth a staggering $2,275 each year!
Of the food thrown away, 4.4million tonnes was deemed to be “avoidable” waste that was edible at some point before it was put in the bin or food waste caddy – such as stale bread,meat bones and fruit and vegetable peelings.The rest were scraps that could not be eaten such as eggshells, tea bags, coffee grounds, apple cores and packaging.
France was the first country to introduce specific food waste legislation and loses only 1.8 percent of its total food production each year. It plans to cut this in half by 2025.Surprise surprise, top of the league are the United States. Americans waste 760 kilograms per person per year. 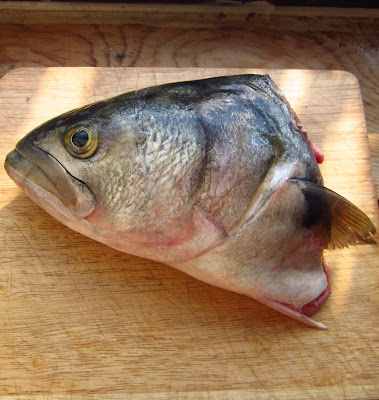 More often than not, what we consider "waste" – be it a fish head or a broccoli core – has enormous culinary potential." —Dan Barber

The way I look at it Leftovers aren't a problem! They're a bounty.

Bottura´s book is something that enables all of us to evaluate what is in our larder, on our shelves, and to make us aware of what we are discarding, and then make better use of everything in simple intelligent ways.Take for instance a simple Parmesan rind, something most people would chuck in the bin, little knowing that if they had saved it, it gives intense flavour when boiled down in soups.The rind of real Parmesan cheese just so happens to be one of the culinary world's biggest kept secrets. Crumble up left over Christmas pudding or fruit cake and mix it into any flavoured ice cream.Any type of curry lends itself to using up what might otherwise end up as waste. 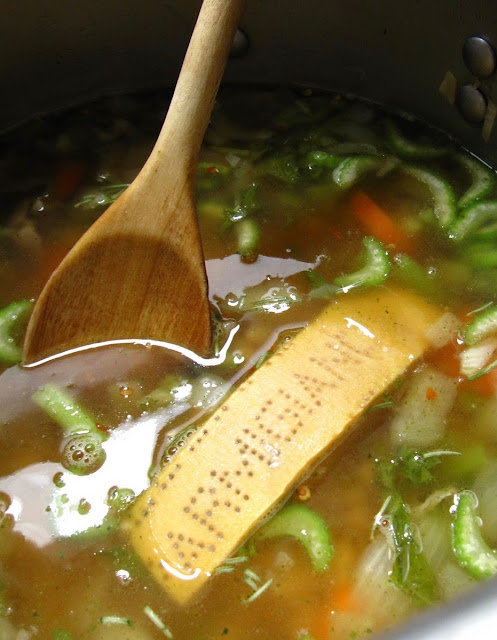 Most people throw away their vegetable peelings.Please don´t.The skins of root vegetables like the potato and butternut squash provide an abundance of vitamins and nutrients known for preventing a wide variety of diseases.The squash´s deep golden colour gives us an indication that it is packed with beta carotenes, an important antioxidant that can help reduce the risk of a number of life-threatening conditions. 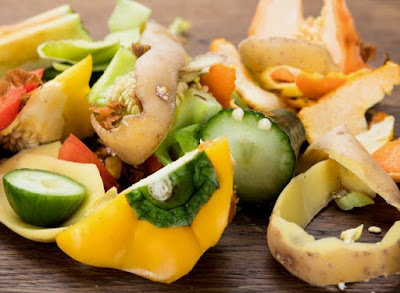 Here is how its done:
Peel the butternut squash and reserve the long strips of skin.Heat the oven to 150C/280F/gas mark 1.Place the reserved butternut peelings on a roasting tray and top with a drizzle of olive oil, a few drops of sherry vinegar and sprinkle over 2 tablespoons of chopped rosemary.Put in the oven and cook for 20 minutes on a low heat to crisp up.Remove the crisps from the oven and place them on kitchen paper to absorb any excess oil.At this point if you feel inclined you can also sprinkle them with some parmesan and Flor de Sal.I then put them back in the oven with the oven switched off to further crispen up for about an hour. 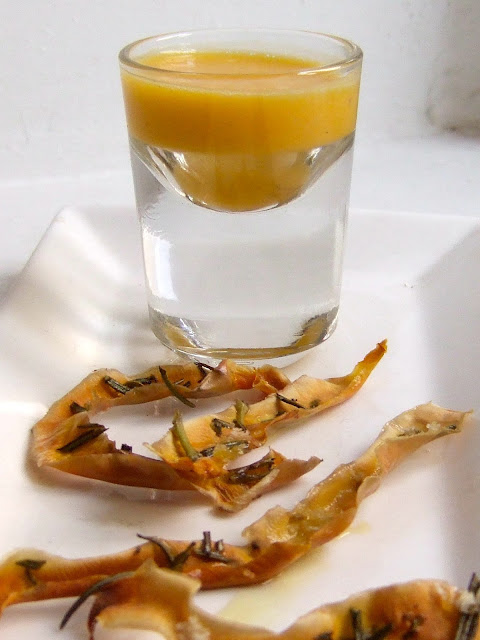 Recently while watching a UK TV series "Save Money: Good Food" the "food police" presenters go through the waste bin in each family´s kitchen as a way of finding out what food had been abandoned.They find edible items of food,which they retrieve.I was horrified to see bread that had been thrown out and then to learn that one family were then putting packet breadcrumbs on their shopping list. 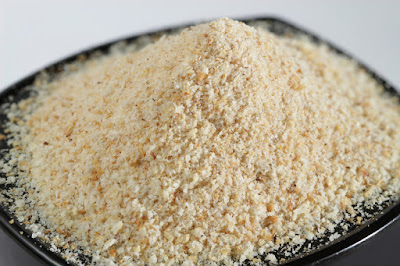 Home made breadcrumbs so easy to make
No bread is ever thrown out in our house,the bread we dont use is put through the food processor and the dried out in the oven to make bread crumbs,dust souffle dishes,top bakes,make migas,bread crumb batters, croutons.They can, thicken sauces, bind together meatballs, serve as a coating for fish and chicken or even as a crunchy topping. They make a wonderful filler for quiches and frittatas. Bread crumbs can also help you lighten a heavy dish like a meatloaf because they give lots of structure but aren’t too heavy. 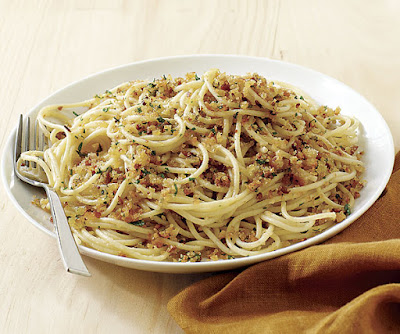 Since our Christmas shop, no food has been left unused,discarded or without being re-cycled into further meals....
watercress and spinach soup, curried parsnip soup using left over dauphinoise potatoes and cider, ham cheese and bread sauce soufflés ,belly pork and cabbage stir fry,, a pork cassoulet, crackling, toasted breadcrumbs, melba toast,prawn and octopus risotto with the stock the New year octopus was cooked in, Bubble and squeak migas and when all is said and done with the home cured ham,I will boil down the bones to make the base for split pea and ham soup. 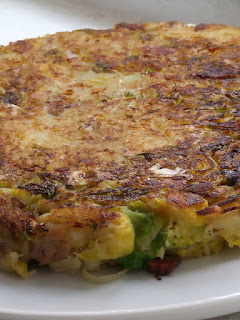 400g left over mashed potatoes
Left over cooked parsnip mashed
Melt the fat in a non-stick pan, allow it to get nice and hot, then add the bacon. As it begins to brown, add the onion and garlic. Next, add the sliced sprouts or cabbage and let it colour slightly. All this will take 5-6 mins.Add the Chouriço and finally the potato. Work everything together in the pan and push it down so that the migas covers the base of the pan - mould the migas into a tortilla like shape. Allow the mixture to catch slightly on the base of the pan before turning it over by inverting it on a plate slightly smaller than the pan than then and doing the same again. It's the bits of potato that catch in the pan that define the term 'bubble and squeak', so be brave and let the mixture colour. Cut into wedges and serve.

Being aware of waste is no new thing and has a centuries old history.In medieval times the British often used bread as a thickening agent for sauces.There was stale bread lying around and thrifty cooks quite rightly didn't want to waste it.My thoughts entirely.
Many of Britain´s greatest puddings were magicked out of old bread: apple charlotte, queen of puddings (that airy layering of bready custard, jam and egg white), summer pudding. poor knights of Windsor (a kind of sweet eggy bread flavoured with sherry), not to mention, of course, the twin glories of bread pudding and bread-and-butter pudding, the one stolid and the other light – both splendid.
Please please make it your New year mission to adopt the "NO WASTE" philosophy."There's a world outside your window, and it's a world of dread and fear". I would love to hear from you and your views and experiences on the subject.Food for thought,eh?
Email Post