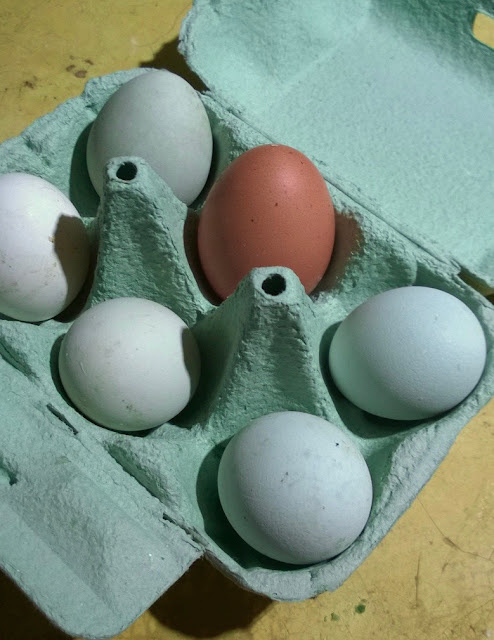 Ever since the household style expert Martha Stewart appeared on television many decades ago holding a basket of blue eggs laid by her Araucana chickens, the demand for the blue egg laying breeds has skyrocketed and actually became the inspiration colour for her paint shade "Araucana Blue.Ah, Martha Stewart. The name brings to mind so many things ... from homemade apple pie to a popular television show, to volumes of lifestyle magazines, to five or six tweets a day that read like ancient hieroglyphics.
Yes, in just 77 years, she's managed to do, well, everything. She can bake. She can cook. She can sew. You name it; Martha does it. How marvellous,you say but don´t mock Martha.I´ve often wondered in those sometimes confused moments whether I was Martha or Arthur. From how to fold a fitted sheet to how to transition your career, did you know domestic doyenne Martha was one of Glamour magazine´s 10 best-dressed college girls.Yep, Martha stunned us as a model in a previous life.

Before most food bloggers were born and long before Instagram was invented, Martha was already stippling and rag rolling walls and architraves in delicate shades of teal. Heck, she was the first one ploughing and tilling and mulching the soil until its pH-neutralized, aerated soil was ready for the seeds of tomorrow's lifestyle gurus.
Well when the our dear friends Louise and Paco visited us this weekend ,I was the luckiest enough recipient of some Aracauna hens eggs from their home in Estepona.The soft, delicate turquoise hues conjure up colonial style living rooms in New England mansion houses.The simple ordinary breakfast egg, while looking at it for a minute or two, becomes literally a"palette de poulet."I marvelled at how the colour palate ranged from light sky blue to robin´s egg blue to olive and khaki. 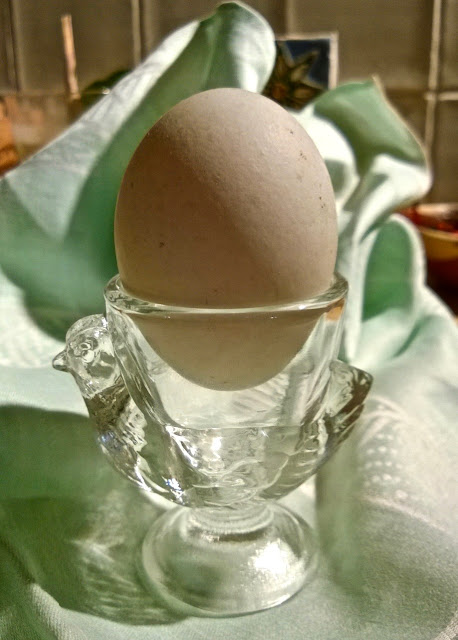 It is so lovely to have farm fresh eggs finding their way to our  breakfast table served in a vintage glass chicken egg cup. Louise also brought us a a windfall of home grown avocados, and speaking of which I am once again reminded of the Martha Stewart inspired egg white omelette, avocado and spinach open faced sandwich I made earlier in the week.I had half a dozen egg whites left over from making a batch of mascarpone ice cream,(more on that story later) and so googled uses for left over egg whites.Apart from starching my wimple or embarking on a batch of Chocolate hazelnut macarons, which I was far too pushed busywise to attempt, I discovered that egg whites are actually good for my cholesterol.When you have high cholesterol, you’re constantly checking nutrition labels and carefully picking your foods so you don’t increase your risk of heart disease any more than it already is.When it comes to egg whites, there’s no cholesterol in the white part of an egg. A whole large egg contains 186 mg of cholesterol, but all of that is found in the yolk, or yellow part. "So I woke up this mornin´ feelin´fine somethin' tells me I'm into something good". 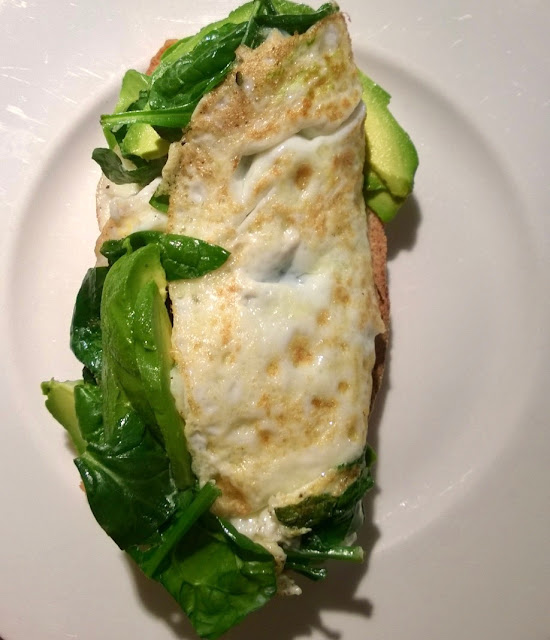 An egg white omelette sounds like a bland, rubbery, sad excuse for a breakfast or brunch, thats what I thought initially. Once made, I changed my tune."Whisk, whisk, whisk the egg whites" she said. "You might think you don’t have to stir as intensely as a regular omelette because the mixture is already homogenized, but this just isn’t so. Whisking egg whites adds air, which is the secret to a soft, fluffy omelette".Sound guidance I say.
Season generously with Flor de sal and pepper. Coat a medium nonstick pan lightly (a la Martha) with a film of sunflower oil,(Martha suggests cooking spray) a little bit will go a long way here. Using sunflower oil is a great way to add fat back in, but without the levels of cholesterol that scare people away from egg yolks.Heat over a medium heat and add egg whites.Using a rubber spatula,stir to create curds,pushing the egg whites from the edge of the pan towards the middle.Drop in a handful of baby spinach leaves and cook until set, about 3 minutes.Fold over to enclose the spinach inside.Place avocado slices on some multi grain bread,top with the egg white omelette,serve immediately.Thanks Martha,and thanks mis amigos de malagueña for the abundance of home grown and reared Esteponan produce.
Email Post