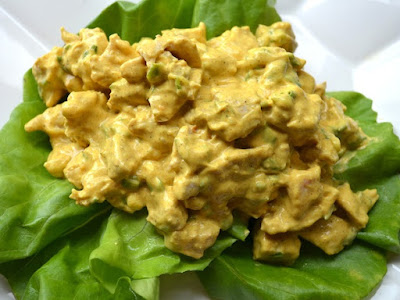 What a mess;I am sorry but it´s not for me.
Having nodded off on my Terry Pratchett,I awoke on February 1st worrying about chlorinated chicken. If it’s something Liam Fox likes, then I most certainly do not want it.There was a a distinct feeling of armageddon in the air.Attempts seemed afoot to sabotage the coming of the end times,or had I been taking my Terry Pratchett fantasy to heart.Britains have grown too accustomed to their comfortable surroundings.On the other side of the sea,how unusually abandoned and odd are we now feeling in Europe? For this we can blame the legacy of the British Empire – but ironically we can’t blame anyone else for creating that Empire.The problem is, Great Britain does not know how to be un-great.The 31st of January was a profound national shame,as too this dish.If its sovereignty and empire you are after,I give you "Chlorination Chicken". Any discerning palate flinches when a platter of sandwiches is passed around the boardroom table as part of a working lunch, and some clammy triangular white bread is holding together a jaundiced looking filling that is "Coronation Chicken". Much like the 2016 referendum this is a modern day solecism.So how has this recipe become to be so disgusting, possibly by chefs having allowed stages and ingredients to be bypassed and sacrificed in the name of cost cutting and time saving. If anyone who has had to suffer Coronation Chicken as it is served today could have the chance to sample it in its original form - here it is.Rather you than me. In their imminent green and pleasant isolation, all the United kingdom might be left with is bloody Chlorination chicken.
The provenance of this recipe is a story in itself.Some feel that Constance Spry invented the recipe; others that it was instead her business partner, Rosemary Hume,while others feel that it was the students at Hume and Spry’s Cordon Bleu cooking school who came up with it.Well I will have you know that I have it on the best authority that it was created in India by the Duke and Duchess of Gloucester´s cook, who eventually became housekeeper to the actor John Hurt´s parents. The recipe was passed on to me by John Hurt´s sister-in -law. It was originally created as a celebratory dish for the coronation of George VI.
I wonder if it is served as a working lunch to the cabinet in Number 10?
Coronation Chicken
1.5 kg chicken roast with tarragon

Cook the sauce while the chicken is roasting.
Heat the oil and butter in a pan and gently fry the onion, stirring from time to time until the onion is transparent. Stir in the curry powder and curry paste and cook for a further two minutes. add the tomato puree, red wine, water and bay leaf. Bring to the boil. Stir in the almonds and season with salt and pepper and sugar. Add the lemon slice and lemon juice and simmer in the open pan for 5-10 minutes to reduce. Remove from the heat and mix in the apricot puree or jam, mayonnaise and the lightly whipped cream.Liquidise the sauce in a food processor, joint the chicken and coat with the sauce. Sprinkle with toasted flaked almonds and serve.