The Decameron;a tale for our time?

Alas our "world beating" trip back to the Middle Ages which strives, every year, for greater historical rigour will not for obvious reasons be happening this year. Every year,at this time in August to tie in with the "Dias Medievais" I celebrate through this blog, in one way or another, the medieval transformation of the town.I thought it appropriate this year to relive a celebrated medieval yarn. 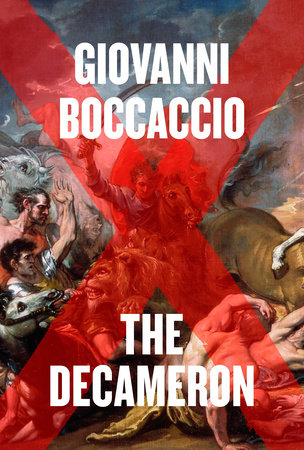 What better time then than the absence of Castro Marim´s Dias Medievais to remember a medieval masterpiece, Giovanni Boccaccio’s The Decameron.A fictional account of a group of young Florentines who flee the city and spend ten days in a deserted villa in hopes of escaping the plague that tore through Europe in the late 1300s.Beyond the obvious similarities of the book’s protagonists escaping to a villa and the  proletariat holing up in their homes,could the recent spike in interest in the Decameron be tied to the spread of the pandemic? These stories, though fictional, give us a window into medieval life during the Black Death – and how some of the same fissures opened up between the rich and the poor.Boccaccio describes the rich secluding themselves at home, where they enjoy quality wines and provisions, music and other entertainment. The very wealthiest – whom Boccaccio describes as “ruthless” – deserted their neighborhoods altogether, retreating to comfortable estates in the countryside, “as though the plague was meant to attack only those remaining within their city walls.” 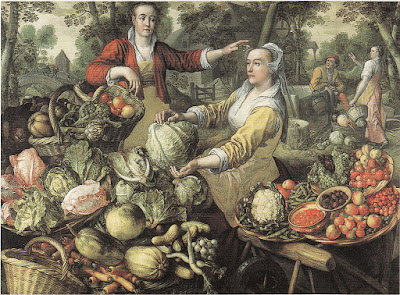 Meanwhile, the middle class or poor, forced to stay at home, “caught the plague by the thousand right there in their own neighborhood, day after day” and swiftly passed away. Servants dutifully attended to the sick in wealthy households, often succumbing to the illness themselves. Many, unable to leave Florence and convinced of their imminent death, decided to simply drink and party away their final days in nihilistic revelries, while in rural areas, labourers died “like brute beasts rather than human beings; night and day, with never a doctor to attend them.”
The coronavirus can infect anyone, but recent press coverage has shown that your social and economic status can play a big role, with a combination of job security, access to health care and mobility widening the gap in infection and mortality rates between rich and poor.The wealthy work remotely and flee to resorts or their second homes, while the urban poor are packed into small apartments and compelled to go to work, not go to work, and even if they can´t go to work, they have to go to work.
Human nature changed drastically according to Boccaccio. Every person for himself, became the order of the day. Families and friends abandoned each other, priests or pall bearers decamped as soon as they were able to “flop” bodies into the nearest open hole. People who had been much loved and respected died, without tears shed for them, candles lit for them, and with minimal last rites. Money or property was taken over by enterprising doctors and lawyers, or anyone who happened to be still around: the venial sin of gluttony was the order of the day.Any of this sound familiar? 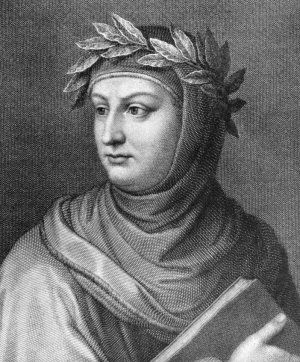 “The Decameron” raises the questions: How do the rich relate to the poor during times of widespread suffering? What is the value of a life?
In our own pandemic, with millions unemployed due to a virus that has killed thousands, these issues are strikingly relevant.
Undoubtedly. Boccaccio's masterpiece is often quoted or described in relation to its temporal setting, the time of the great plague (a different disease, of course, though, coincidentally also originated in the "Far East") that wiped out half the population of 14th-century Florence.
A kind of Arabian nights for the plague era, this literary masterpiece  may hold the recipe to defy these troubled times. Boccaccio's collection of 100 stories based around this group of Florentine youths and told over 10 days is set against the backdrop of a crisis that puts today's problems in perspective: the black death.He paints a picture of a society on the brink of absolute disappearance - would everyone in Florence die? Everyone in Europe?
This horror, though, is only the book’s frame. This group of wealthy young nobles, seven women and three men, flee the plague-ridden city for a country estate, where they occupy themselves at “tables covered with the whitest of cloths” and picnic in idyllic glades. The aristocrats eat “dishes, daintily prepared,” and drink “the finest wines,”
The Decameron makes endless reference to the "good food" the characters are eating but is frustratingly silent on specifically what those foods are. 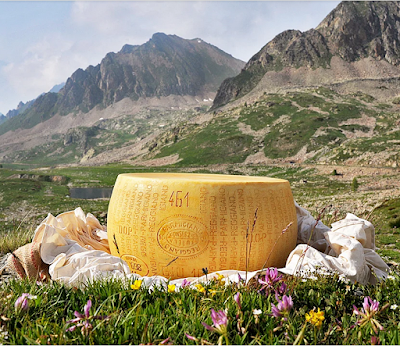 In one of the stories involving the bumbling Calandrino, his pals Bruno and Buffalmacco tell him a tall tale about a mountain “made entirely of Parmesan cheese, on whose slopes there were people who spent their whole time making gnocchi and ravioli, which they cooked in chicken broth and then cast it to the four winds.” For the broth, to do this properly one  needs to  embark upon clarifying a chicken consommé with a “raft” of egg whites. (Much easier said than done; plus, it creates a really noxious pan residue).In the absence of a mountain of parmesan the recipe that follows here is for ravioli in a simple chicken broth.
Ravioli en brodo
makes 1.5 -2 litres/3-4 pints/1 2/3 -2 3/4 quarts

1.5kg /31/4 lb assorted beef,veal and chicken cut into large pieces
1 onion,halved and stuck with 3 cloves
1 or 2 carrots,cut into pieces
2 celery stalks, cut into pieces
1 fennel stalk or or a few feathery fennel tops
1 leek cut into pieces
a handful of mushroom peelings or stalks
6 parsley stalks
1 bay leaf
1 garlic clove, peeled
1 ripe fresh tomato,quartered
6 peppercorns
1 tsp salt
Put all the ingredients in a stock pot.A about 3 litres/5pints /3172 quqrts cold water,or enough to cover everything,and bring to the boil.The water must be cold to start with,so that the meat and vegetables can slowly release their juices.Set the lid very slightly askew for the steam to escape and turn the heat down to the minimum for the stock to simmer.The best stock is made from liq+uid that cooks at 80ºC/175º F,rather than 100ºC/210F(boiling point.using a slotted spoon,skim off the scum that comes to the surface during the first 15 minutes of cooking.Cook for about 3 hours.
Strain the stock through a large sieve strainer lined with muslin or cheesecloth.Leave to cool and then put in the refrigerator.Remove any fat that has solidified on the surface.When there are only a few specks of fat left,heat the stock and drag apiece of kitchen paper(paper towel) across the surface,the fat will stick to the paper.
taste the stock.if it is too mild,reduce over a high heat until the required taste is obtained.Cover with clingfilm (plastic wrap) and keep in the refrigerator for 3 days or in the freezer for up to 3 months.

Today, many people under lockdown have become Covid bakers or quarantine cooks. Food shopping restrictions and fears of food shortages have contributed to a burst of pantry related recipes that require minimal or staple ingredients.
New kinds of online community cookbooks share comfort foods to get us through lockdown, expanding the shape of thriving food blogger or online recipe sharing communities.
Our reaction to COVID-19 is still in the process of being written down.Like such masterpieces as The Decameron,The Canterbury Tales and Piers Plowman Recipes informed us of what it was like to be isloated in plague-like conditions through literature.Todays modern equivalent, food photography and online podcasts, will contribute to a political and cultural record of responses to isolation and uncertainty.
These responses can be powerful. Like the recipe books, COVID cooks and bakers bring us back to our roots. They build global communities, crossing national boundaries and reminding us of our collective strength. We can draw on these skills in the future.
Email Post