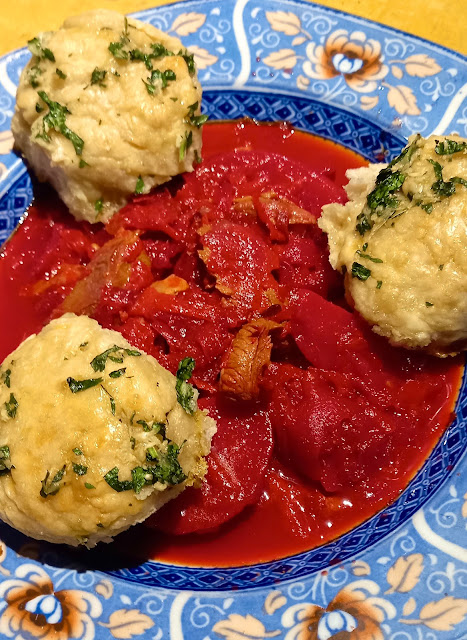 Probably most people in the world know what "Borscht" is but have you ever tasted real Ukrainian Borsch? A hearty soup made of beef or pork stock, beets, cabbage and potatoes. I thought I had until I signed up for the #cook for ukraine initiative and consequently decided to make it. It was then I realised that my preconceived idea of "Borscht" was wrong."Borscht" spelt with a T is the first dish that comes to anyone’s mind when they describe Russian food. It is a hefty task to deliver the perfect recipe, which comes with a great deal of responsibility to do it justice .Despite most people associating this recipe with Russia, "Borscht", or as it is properly pronounced Borsch, is actually Ukrainian. Yes, there is no ‘t’ at the end of the word. I know…you me both .Its like Liza with a Zee not borsch with a T. That being said, there are historical records of Russian tsars eating it centuries ago and the soup is almost as popular in Russia as it is in Ukraine. 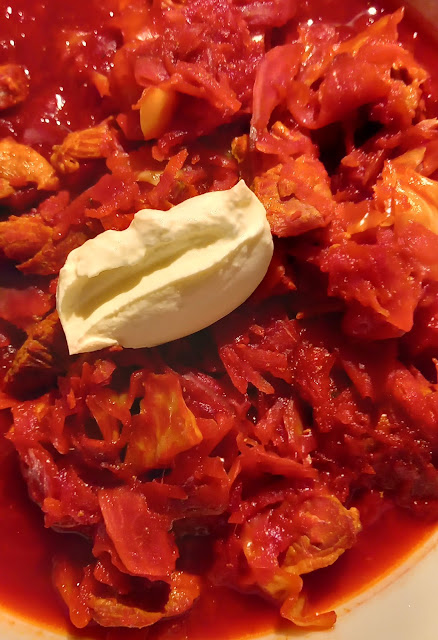 There is also a summer version called Green Borsch( coming up ), which is made with sorrel or nettles. And apart from the same name it is an entirely different recipe.
There is also a Polish borsch and although having not genned up so I don’t know as much about it, I
know that it, not surprisingly, also features beets.
So what goes into this iconic soup? Apparently the truth is that the recipe ingredients vary by country, region and households. However, several ingredients stay unchanged and they are the ones that make a soup into borsch .Beetroot, cabbage, onions, celery, potato, carrots. Every building needs a solid foundation and every soup starts with a great stock. Making a delicious stock is by far the most time consuming part of this recipe. It’s not difficult, it just takes time .The best flavour comes from meat on a bone, simple vegetables and a couple of aromatics, peppercorns and bay leaf. Once the stock is made and clarified, the soup itself takes no more than 30 minutes to make.If you are short for time, I recommend making the stock the night before. There is no specific technique that is needed for making an authentic Russian borscht, but you do need to add vegetables in a specific order to ensure they all get cooked to perfection in the end. For example, cabbage doesn’t take too long to cook and therefore needs to be added last.
Lastly, grated carrots and chopped onions are always sautéed in sunflower oil until caramelised and added to borsch towards the end. This method is called “zazharka” in Russian and Ukrainian cooking.
Many cooks do the same with beets, but sautéing beets separately only adds more unnecessary steps to the recipe and doesn’t contribute anything to the flavour. I skipped the sautéing and added raw grated beets directly to the soup. Borsch is almost always served with a dollop of smetana or sour cream and sprinkled with fresh herbs like dill or parsley. Pampushky, or garlic doughnuts, are also the most usual accompaniment to this delicious red-coloured soup. The recipe I used was that of Oliah Hercules father who put a little twist on it at the end of making it, which appealed to me. Her father she claims is an often a slightly eccentric, but excellent cook. When her son was born, him being half Thai, her dad decided that adding Asian ingredients to Ukrainian food was the way to go. "He made a borscht and added a bruised chilli (which isn’t that out of the ordinary for Ukrainian borsch, but he added ginger too, which added gentle warmth to the whole affair. He usually uses pork ribs, but you can use anything at all – beef or pork bones, chicken carcasses and even giblets that you may find in your freezer work, just make sure to take the liver out. For a veggie option, make a dried mushroom stock". 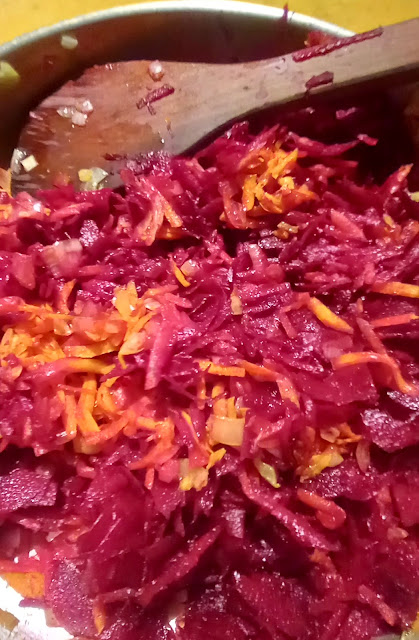 Put a large pot of cold water on, around 4 litres. Drop in the carcasses or giblets and one of the onions, sliced in half, followed by the celery and the roughly chopped carrot. (Really, you can use any stock vegetables you have at home, or none at all.) Add the bay and spices and bring everything to the boil. Skim and discard any froth. Season gently with salt and cook over the lowest heat possibly for about 1.5 hours. If it is evaporating too fast, top up with cold water.
Meanwhile, skim the top of the stock with a ladle. You are collecting the fat – do not discard it! Pour it into a large, deep frying pan and let the extra water sizzle off, leaving you with just the fat. Dice the other onion and add it to the frying pan. Cook it over a medium heat until it starts turning golden. If it goes too dry, add some more fat from the stock. Then add the grated carrot and cook some more until the carrot is also soft. Then add the beetroot and cook for another 3 minutes. Finally add the tinned tomatoes and bruised chilli and season well with salt and pepper.

Strain the stock into a large bowl, discard the veg but add the meat back in – if the ribs are properly falling apart, get rid of the bones – and pour it all back into the pot. Add the frying pan contents into the stock along with the potatoes or celeriac. Cook for 5 minutes, then add the cabbage. It is done when the potatoes or celeriac are cooked, but not too soft.

Make sure you taste for seasoning, then add the grated garlic and finely grated ginger at the very end. Serve with plenty of dill or your favourite soft herbs.

Are you cooking for Ukraine?,thinking about it? or would make donation?