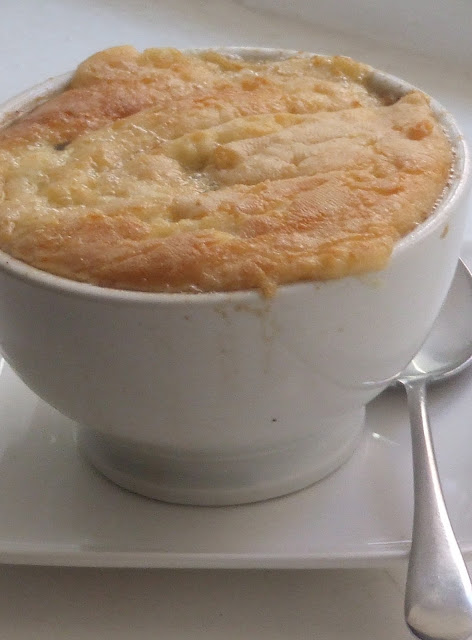 The Algarve climate in late January and early February is guaranteed to give us sunny  days and clear blue skies.Days are warm but nights are cold, feeling even colder when the temperature drops drastically as soon as the sun goes down. I decided it was time for me to cook onion soup again. I love soups, I love onions and I like to recreate flavours that reconnect me to a time, a place or an experience: in this case, the Soupe a Loignon gratinée "Odeon" from Café Procope  in Paris.
The year is 1975, and if it is August it must be Paris and in the busy 6th Arrondissement near Boulevard Saint-Germain des Près and Odeon, I am at Le Procope. 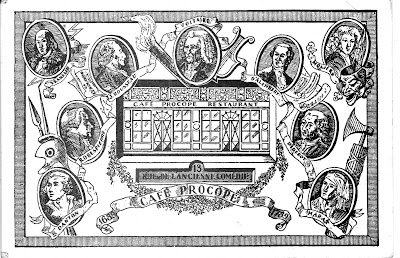 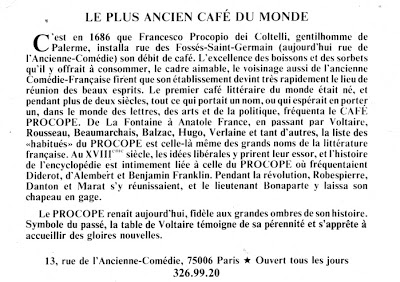 Le Procope claims to be the oldest restaurant in Paris, opening shop in 1626, with famous patrons such as Benjamin Franklin, Voltaire, and Robespierre having dined there.
The onion soup came with at least a quarter pound of cheese. It was truly delicious, but impossible to eat without embarrassment, using your fingers to tear big hunks of cheese off the spoon.I called over the ever attentive waitress who came to the table as if she knew what I was about to ask her.She had a sharp knife in one hand and a bottle of port in the other.In one swift move she cut a neat slash into the top of the the monstrous garnish of melted Gruyère cheese crust on my soup and anointed a glug of port into the the richly sweet and savoury broth beneath. A shrill tone of "EHHHH VOILAAAAAAA...." and like Samantha in bewitched she was gone.I proceeded to enjoy every last slurp of this soup´s inimitable version.
Everything about this classic dish works for me – its innate frugality, simple ingredients and lack of pretension.All in all the perfect comfort food when times is hard.
What is probably the world's best-known soup is so souperior and so rewarding if one makes it properly.Onion soup is a remarkably simple thing to make, but the simplicity must be kept —roast onions,red onions, caramelized onions, add balsamic, add herbs -  non non non, the slightest diversion from the classic recipe and you will lose the whole point of this recipe - its unctuous onionyness.Elizabeth David was unimpressed with the "sodden bread, strings of cheese and half-cooked onion floating about" Oh how I disagree. 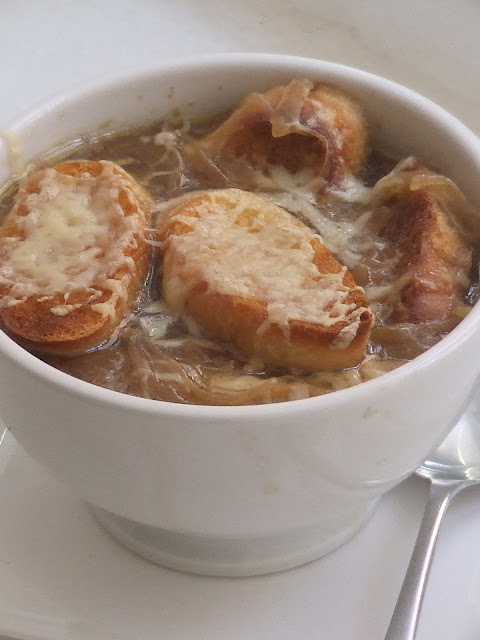 Peel and thinly slice the onions.
Melt the butter in a large saucepan and add the onions.Cover with a lid and sweat over a low heat for about 15 minutes,until they are soft and transparent.Remove the lid and continue frying the onions until they are golden brown.(The trick to getting this soup right is that.they must cook for at least 35-40 minutes over a low to moderate heat. Only when the onions are soft enough to crush easily between finger and thumb can you add the flour and stock).Stir in the stock Madeira and salt.Replace the lid and simmer the soup for 30 minutes.In a small bowl mix the flour to a thin paste with some water.Add to the soup and stir until it comes back to the boil.Simmer for 2-3 minutes until the soup has thickened,then draw off the heat.Meanwhile butter both slices of each slice of baguette.Sprinkle generous gratings of the cheese over each slice and bake them on a baking tray under a pre-heated grill until the bread is crisp and the cheese has melted Arrange the baguette slices in individual bowls and pour over the hot onion soup.Serve the remaining grated cheese in a separate bowl.

A NOTE:
My decision to use beef stock clearly affected all the subsequent aromatics. Liquids first: what alcohol should I  use? Suggestions included port, white wine, sherry, and cider. I was tempted by port,because of the memory and as I like the depth it adds, but I decided there would be plenty of that from the beef stock. White wine and cider aren’t beef’s best partners (although I’m sure they’d work well with a dark chicken-stock base) so sherry it was, or at least a close Portuguese relative – Madeira. Parmesan in place of Gruyère produces a less fatty but just as tasty crust.

Judging by current online reviews, Le Procope continues to attract a steady stream of Parisians who want a quality meal at a low price.  For a quality dinner, in a lively area with rich detail and friendly waiters, Le Procope is as good a choice as any for those on a budget,as I was then, a student.
Email Post