The Santos Populares( Festival of Popular Saints )is one of the most awaited traditional events in Lisbon.When it comes to June, sardines and saints have now become synonymous. 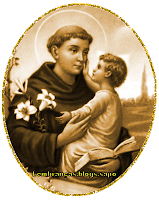 On the feast day of St Anthony, patron saint of the Portuguese capital,the city goes sardine crazy. The winding streets and steep staircases in Alfama, the city’s oldest quarter, fill with the smoky smell of sardines being grilled outside little houses and restaurants.
Even by the standards of a coastal country where the population lives on fish dishes, the grilled treats consumed in honour of Anthony of Padua are a must try taste sensation. 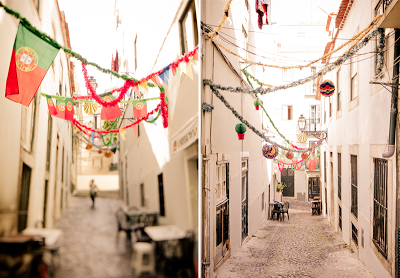 There is a parade along Avenida de Liberdade and balconies everywhere are draped with coloured lights, streamers and paper lanterns. And the quirky practices don’t end with sardines. Single girls carry out all sorts of rituals to implore Anthony, known as the matchmaker saint, to help them find a worthy husband. The girl might fill her mouth with water until she hears a man’s name mentioned, or write her suitors’ names on pieces of paper, roll them up and place them in a bowl of water under her bed. In the morning, the piece of paper that has unfurled the most indicates the lucky man.
If girls are really sick of being single, they stand a small statue of Anthony upside down and bury its head, returning it to its proper position only when the hard-working saint has placed their case at the top of his long list of lonely hearts. Men, meanwhile, present the Portuguese apple of their eye 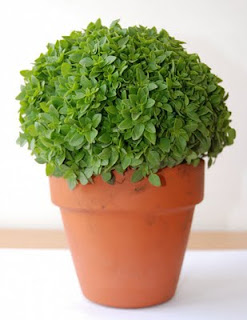 with a manjerico ( basil ) plant containing a love poem. This is a popular practice, and balconies across the city sport pot plants and paper carnations with messages of affection for Anthony or the recipient.Legend says that St Anthony gave dowries to poor girls so they could get married. Based on this legend, many others were invented. This one has to be my favourite … There was a girl who was tired of praying for the man of her life without success. One day she decided to throw the saint’s image through the window and hit a man who was passing on the street. At that moment they both fell in love and lived happily ever after. Truth or myth, this surely is a lovely story.Lovelorn ladies still to this day have even been known to toss these pots or even staues of Saint Anthony out of upstairs windows at the risk of injuring passers by
Despite its name, which might suggest ample religious implications, the festival organisers host a competition to design a graphic image of a sardine.Now in its 3rd year it has drawn a great response from all across the spectrum.People, of all ages, Portuguese and foreign residents and non-residents in Portugal, singularly or collectively may submit one to three sardine  images in this initiative promoted by EGEAC with the aim of encouraging the participation of everybody in the festivals which take place in June.Proposals may be made “in any manual or digital technique. ” It is mandatory that the silhouette is easily recognizable as a sardine. Each winner receives 1000 Euros, and the ten winning images will be displayed around the city throughout the summer. 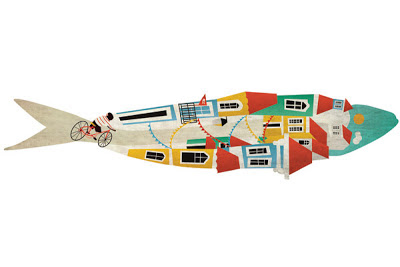 Last year, the winning sardine (above) was designed by a group of friends, who call themselves Matilha Cycle Crew, “passionate about going through the traffic and always arriving first,”. They competed with three sardines inspired by cycling and Lisbon, and one one them pedalled their way to victory.