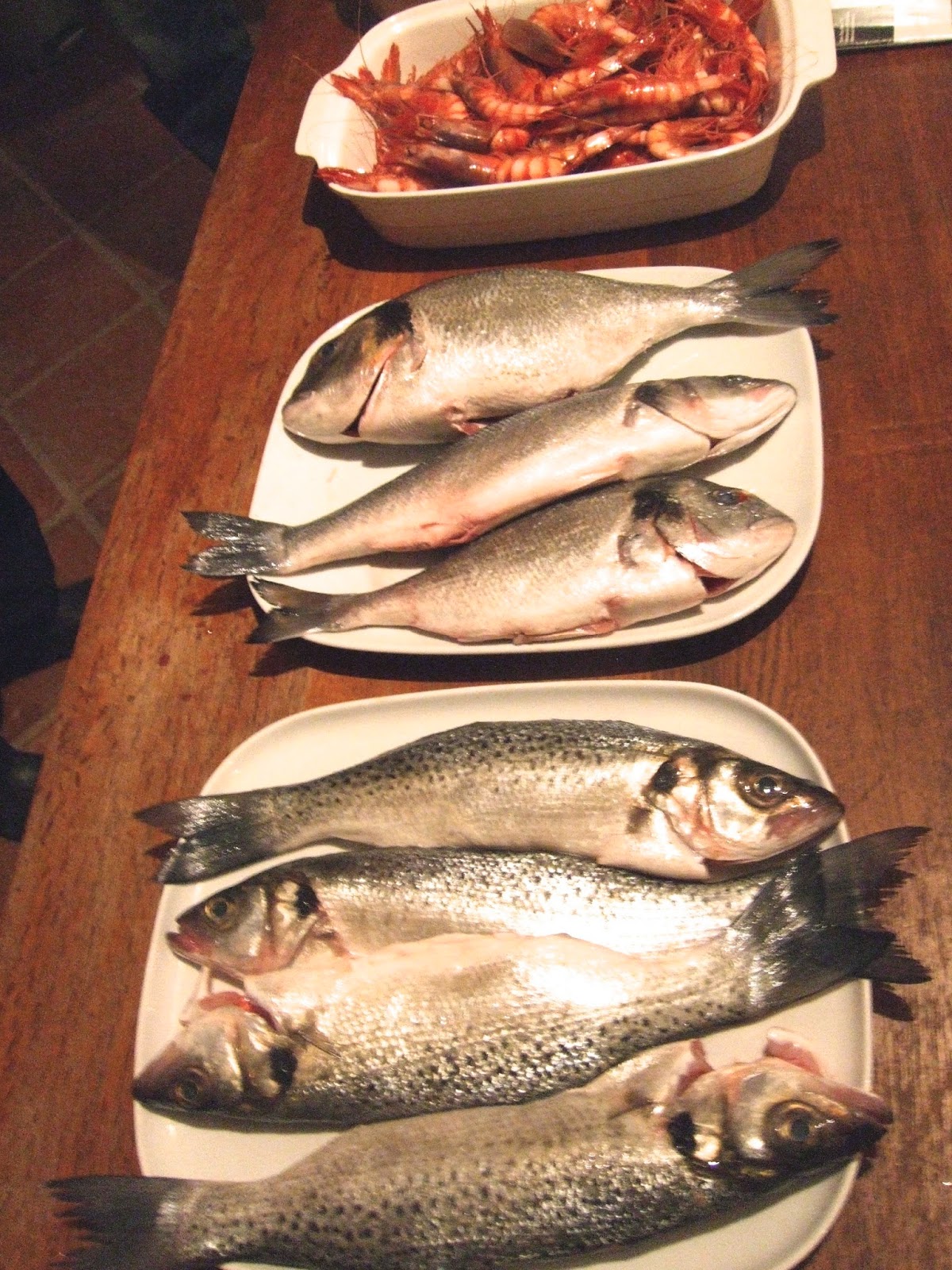 The last evening of our Bloggers weekend,and it was time for Casa Rosada to open its doors and play host to our fellow bloggers.Earlier in the day we had chosen a selection of fish to prepare and vegetables and salads to accompany.The idea behind the dinner was to get as many cooks involved in the preparation and cooking of a dinner that included Flor de sal at every stage.Having set all the fish out on the table and the other ingredients on the counter top I started to make suggestions and under my watchful eye delegate various responsibilities to the bloggers. 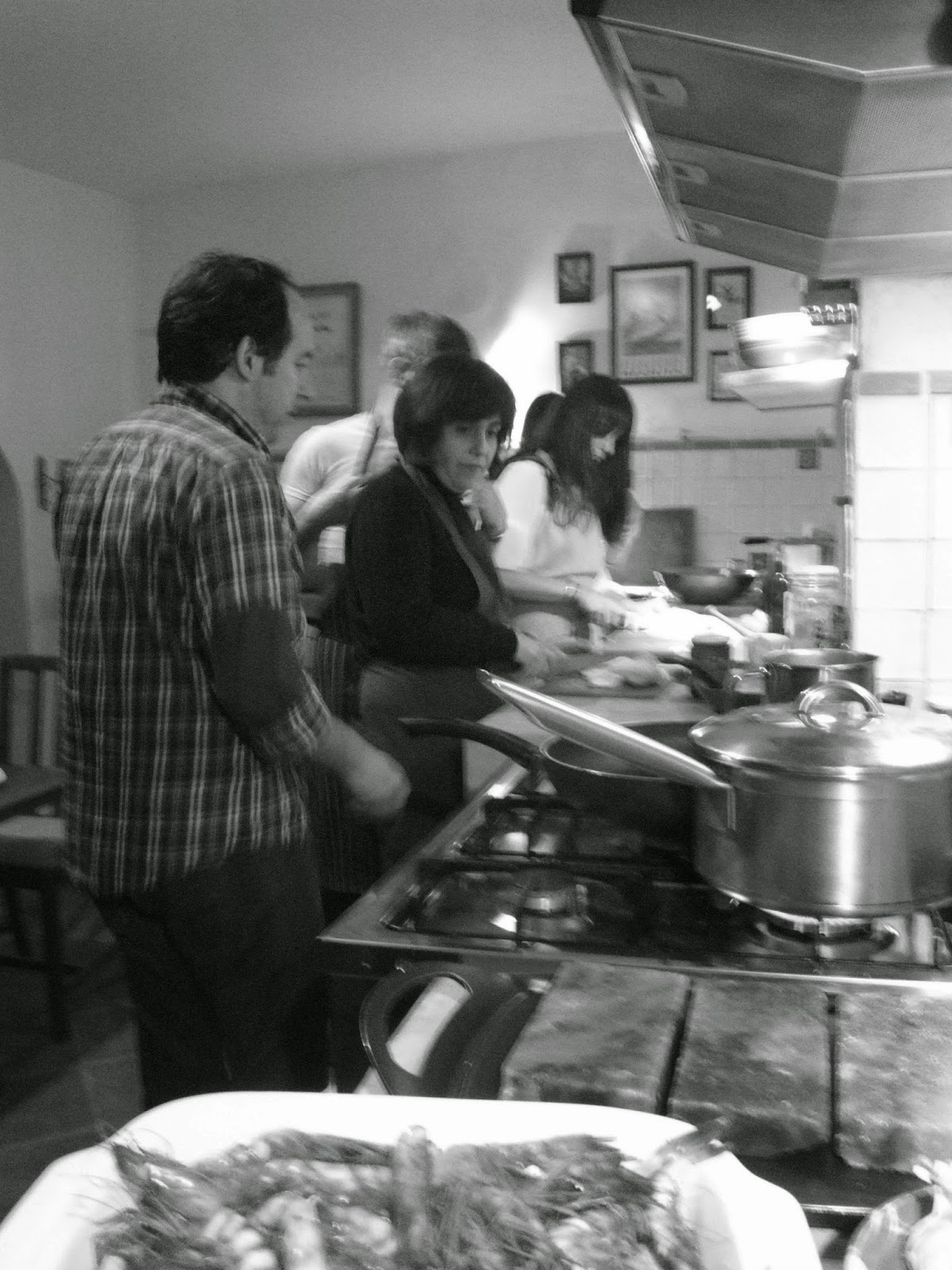 The task of cooking prawns fell upon Joli, Jorge Nunes,food and wine blogger.German blogging couple Nicky and Oliver set to preparing us a salad of muxama with rocket and citrus balsamic reduction.
With her culinary sparkle and inspiration Isabel Zibaia Rafael ( www.cincoquartosdelaranja.com ) was assisted by Adriana from chefagency in the prep for a sweet potato salad, and the Baila (sea Bass) which she baked in the oven. 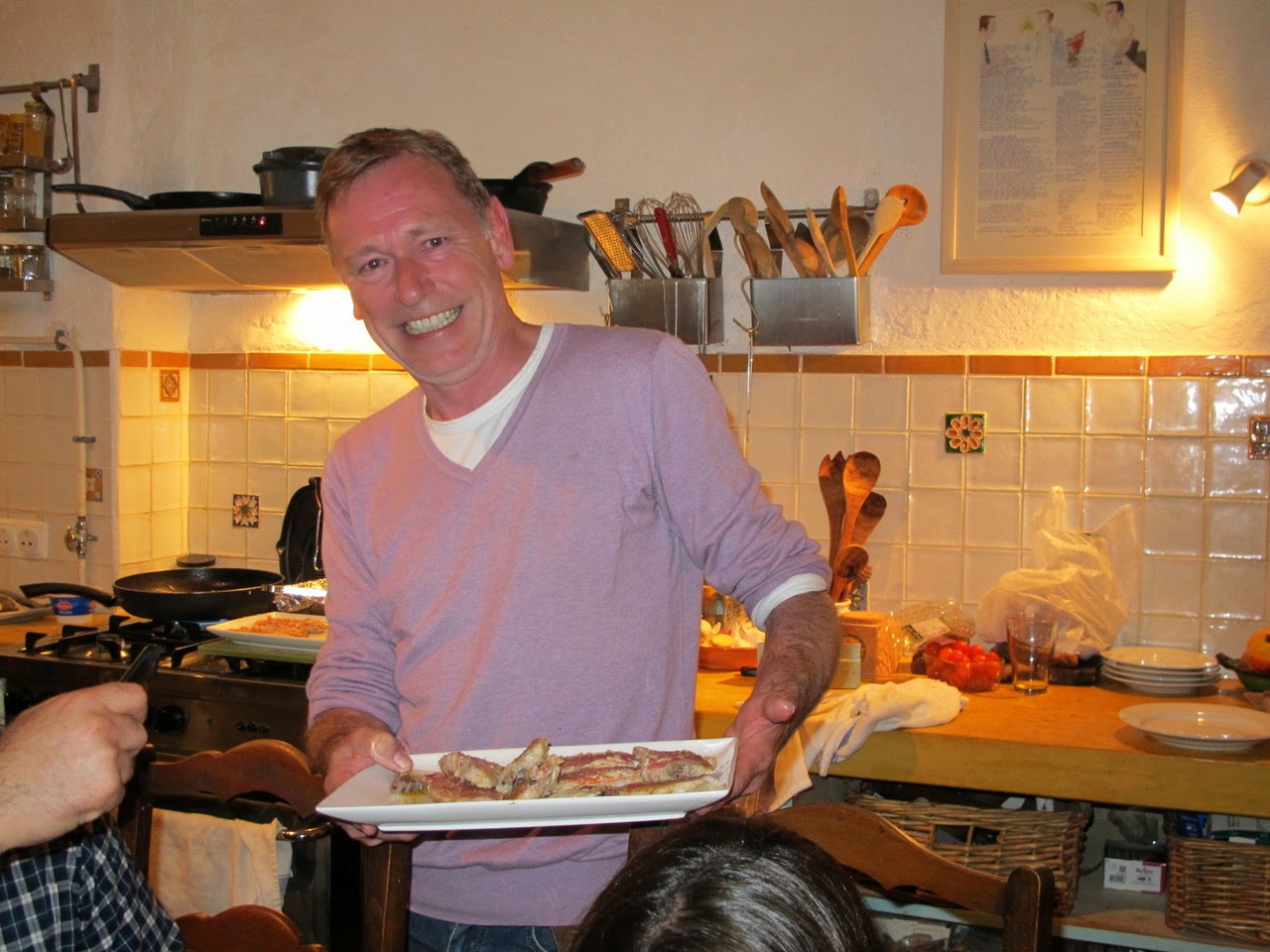 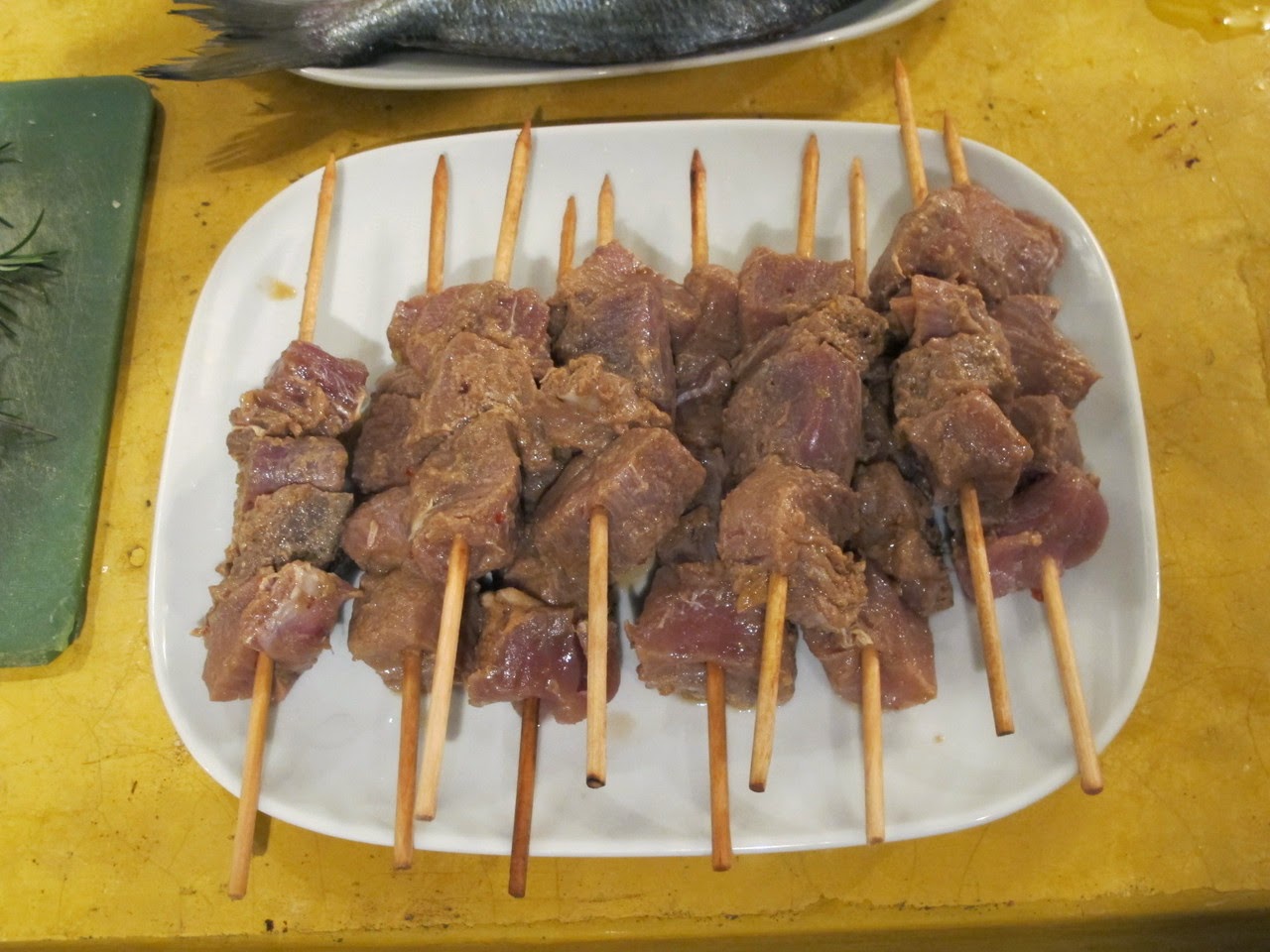 The only disappointment of the evening was when we discovered that the large Dourada we were going to bake in a salt crust had had its scales removed and therefore was no good for the star task we had intended.You don’t scale the fish. If you scale it, the salt is absobed through the skin rendering the fish inedibly salty. Scales protect your dinner. Not so ours.
The most popular plate of the evening however was my very own Flor de sal Caramel Brownies.I gave a step by step demonstration of how they are made.Unfortunately our bloggers were so pre-occupied with eating them that they forgot about their photo opportunities and we were left with no record of the finished product."Punishment for gluttons" I would say.

The Casa Rosada kitchen has never been so vital.We cooked to the acompaniment of clicking camera shutters and every stage of the proceedings was recorded by the sharp and watchful pencil of illustrator Ana Rita Monteiro ( www.aqui - ha - arte.com )
The food was washed down with two splendid Douro wines from the house of Carm.Maria de Lourdes Branco 2011 and Vinho Tinto Reserva 2011.

...and to round off the evening yet another surprise.After a hard day´s work, including having provided a most delicious tapas lunch for all of us, our friends Clíodhna Browne e Fabio Zerbo from Puerta Ancha in Ayamonte joined us for a nightcap(more on their story later....)


What a great end to an information packed weekend. Brindamos a todos!
Email Post