Waiter there´s ice in my soup.Chill out 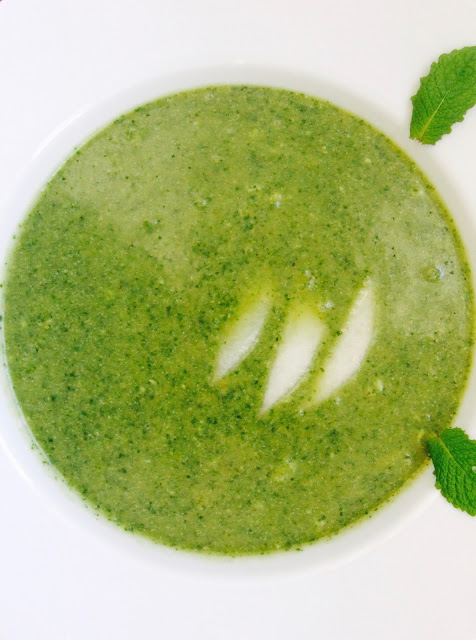 What is it with the British and cold soup? We´ll gladly eat most everything else from European kitchens,yet we completely freak if our soup is not hot.
When you think of soup, you usually envision wrapping yourself up in a blanket on a cold winter's night and having a hot mug to warm you up. These chilled soups do the exact opposite.When the heat is on these three soups can keep you cool during the scorching summer, while still boasting some fabulous flavour. Here are my choice of three new summer soups to lift you up and cool you down!

As a child, I always looked forward to summer when my mother would prepare wonderful cold soups. I still remember being sent to the garden to get fresh chives to garnish the vichyssoise! Back then cold soups were very unusual, and most of my friends had never heard of them. - See more at: http://www.alive.com/food/cold-soups/#sthash.vzZyUiKG.dpuf
I continue my research and development of new recipes for the coming season (and as pictured above) going through to the final selection of starters for barmy summer evenings is a Chilled watercress, pea and pear soup.Sweet peas and peppery watercress are a perfect match for early summer, but by giving it an exotic textural twist with the addition of crisp, fragrant dressed Portuguese Rocha pears it takes it to another level.Having already included pears in the main ingredients I cut fine crescents of pear and dressed them in caster sugar and lemon juice to float in the soup as garnish

FOR THE DRESSED PEAR
Peel the pear, remove the core then cut into fine strips and dress with the lemon juice and sugar
1 small Rocha pear
1/2 lemon
1 tsp caster sugar
Peel and chop the onions and fry in the butter on a gentle heat until soft. Add the peas and peeled and chopped pear to the pan and sauté for 5 minutes or so. Add the stock and gently simmer for around 10 minutes. Remove from the heat and cool completely before stirring in the watercress. Allow to cool a little and then liquidise until completely smooth. Chill overnight and serve with a little cream(optional) and the dressed pears.the top. 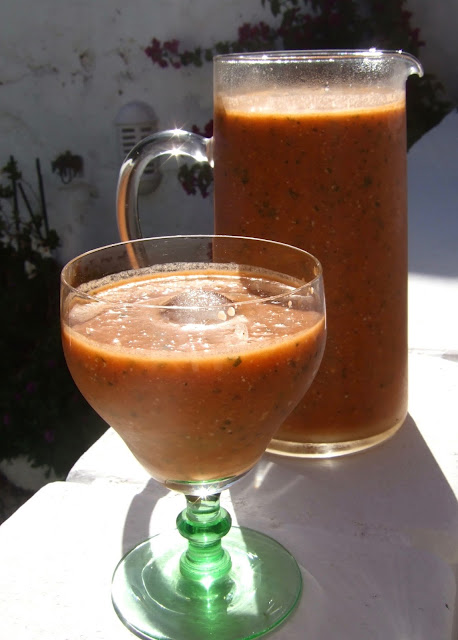 Watermelon Gazpacho
Inspired by Chef Marco´s recent menu presentation at Cha com agua salgada, I promised I would share with you a new take on the theme of gazpacho.This is not Marco´s recipe but a great variation to “dip your toe” into the world of gazpacho (unintentional rhyming). It’s very light,fresh, sweet, spicy, and zesty all in the same quaff. All perfect characteristics for a summer soup.
2 large tomatoes, seeded and skinned

In a blender, place all the ingredients and blitz.taste to adjust seasoning. Puree until smooth. Pour into chilled glasses and sprinkle with sumac. Serve. 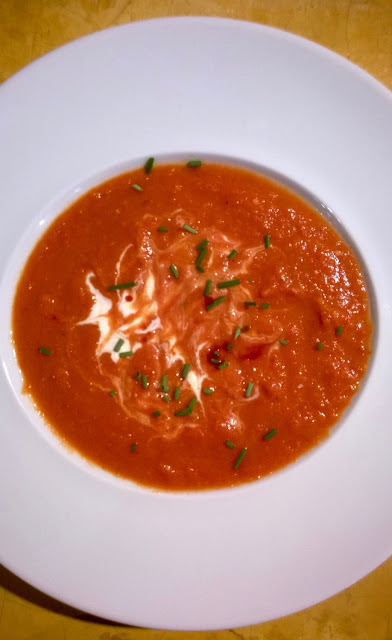 Most of us have heard of Angostura Bitters, and probably have an aged bottle in our pantry somewhere for use in the occasional Manhattan or other classic cocktail.
Made with the same original secret recipe since 1824, the world famous Angostura® aromatic bitters remains the quintessential and definitive ingredient for classic and contemporary cocktails.But who would have thought of putting a dash or two of it in our cooking. Its versatility stretches way beyond the bar counter as it serves as a unique flavour enhancer with the ability to marry flavours in the preparation of all food dishes. It also adds its unmistakable flavour and aroma to dressings and desserts.It is also 100% Vegan for those of that persuasion.
The bitters are  not bitter when added to food and drink, but have the ability to marry flavours. It works by enhancing the flavour of ingredients in food and drink preparations, thereby bringing out the best in them without masking their true flavour.
serves 4
900g /2lb ripe plum tomatoes,halved
1 garlic clove crushed
3 tbsp Angostura bitters
150ml /5fl oz extra virgin olive oil
1 tablespoon muscavado sugar
Flor de sal and freshly ground pepper
Vodka to taste
sour cream (optional)
Chives (optional )
Pre-heat the oven to 450F /230C / gas 8
Toss all the ingredients,except the vodka,sour cream and chives,together in a large roasting tin and season with salt and pepper.Cook in the oven for 30 minutes. transfer the tomatoes to a food  processor and blitz.Pass through asieve to catch the pips and skin.Add 150ml (5 fl oz ) water,taste and adjust the seasoning.Serve chilled with a dash of vodka added to the soup just before serving.If you wish,decorate the soup with a swirl of sour cream,a sprinkling of chopped chives and a splash of Angostura.