Is it a pudding? Is it a tart? No its a Shrewsbury Pudding Tart 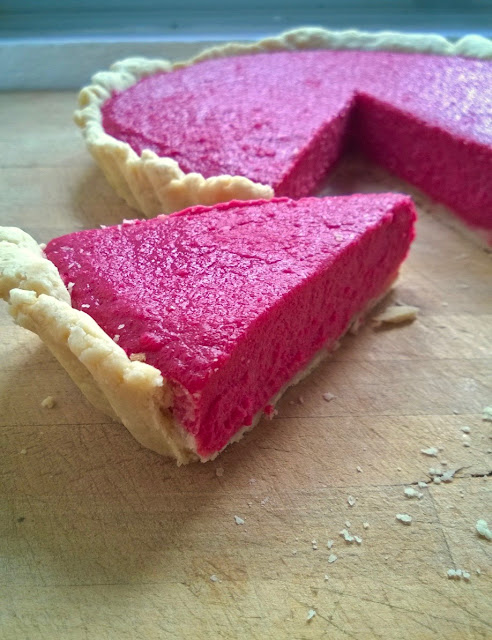 Here´s one for you if you are adventurous, love beetroot and have a sweet tooth.It has a history too.This recipe was conceived 156 years ago in 1862 by a rather eccentric cook,Georgiana Hill, not to be confused with the Georgiana Hill (8 December 1858 – 29 March 1924), who was a British social historian, journalist, and women's rights activist. My mischievous nature and affiliation with all things eccentric drew me to it.You can see where I am going.It is quite amazing where the internet can take you and what you can come across.God forbid I should have got caught caught up in a porn cycle, easier said than done.As is my wont in many a discussion to come up with non sequiturs this perhaps is a classic example.I was actually looking for information about the history of "the summer pudding" and somehow  digressed to a "Shrewsbury tart",something I had previously not heard of,all to my advantage I would say,my sweet tooth was appeased.
I am a sucker for beetroot,love to rise to a new challenge and was driven to distraction by the crazy colour.Is it a pudding? Is it a tart?, no its The Shrewsbury Pudding Tart.Well that´s what its called now, as the recipe has been tweaked slightly over time and baked in a pastry case for ease of serving. The original method was for a buttered-and-breadcrumbed bowl.The flavour is very light and delicate, the lemon counteracting a lot of the beetroot’s sweetness.Having tasted the batter before it went in the oven I see no reason, with a bit more tweaking, why the pastry shell could not be abandoned and the filling served in glasses as a thoroughly modern mousse (more on that story later,Kirsty ). 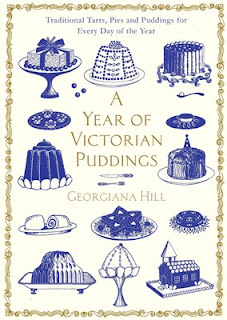 This recipe comes from a book originally published in 1862 as Everybody’s Pudding Book,to be re-published by Macmillan in August this year, with the new title of A Year of Victorian Puddings.It is a complete collection of seasonal, traditional English puddings for every day of the year.For those who love their puddings and want to try their hand at some history of traditional recipes that have long deserved a revival such as this one, this cookbook is as relevant today as it was in the Victorian era.
Georgiana 'Browning' Hill was the author of a number of cookery books in the late 1800s, which include "How to Cook Game in a Hundred and twenty four dishes", "The gourmet's guide to rabbit cooking, by an old epicure", published in 1859, The Breakfast Book, published in 1865 and How to Cook Apples, also published in 1865. Her early cookbooks offered simple food for the middle classes and sold in very large numbers at six pence each. She enjoyed success with her later titles which became more adventurous, with recipes from Spain and France, and were aimed at more serious gourmets. The dates of her birth and death are unknown.The recipes are accompanied by  the author’s no-nonsense and often amusing advice on seasonal ingredients and the appropriateness of puddings for certain occasions.
In both cases, Hill shows herself to be a skilled cook, who also expected skill of those she addressed, as in her recipe for ‘Pommes Farcies’ where she instructs that the apples are to be baked for half an hour ‘in a gay oven.’ I had never thought of my oven as being gender specific LGBT.These are recipes which were to be followed by cooks comfortable with the basics of the kitchen, and who had the confidence to follow instructions which left much to the discretion of the cook. 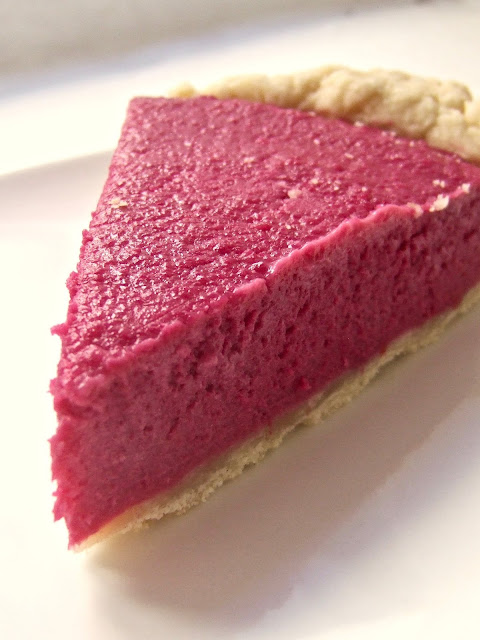 225g cooked beetroot
115g unsalted butter – melted
150g icing sugar
zest of 1 lemon
juice of 2 lemons
3 large eggs
60ml brandy
150-250g fresh white breadcrumbs
Preheat the oven to 150°C, 130°C Fan.
Puree the beetroot until smooth.
Add the butter, sugar, lemon, eggs and brandy and whisk thoroughly.
Add in the breadcrumbs BUT not all at once. You want them to absorb a lot of the moisture in the filling, which will vary depending on the freshness of the eggs and the moisture in the beetroot. You might not need all of them.The lemons I used were particularly large and therefor e produced more juice,therefore I used all the required breadcrumbs plus a tad more The texture should be similar to a sponge cake mix, but still pourable.
Add the filling to the pie shell and place the tin on a baking sheet.
Bake for 25-30 minutes until the filling has set. Turn the baking sheet around after 15 minutes to ensure even baking.
Cool on a wire rack.