The Kitchen timer is ticking,and the recipe still does not work 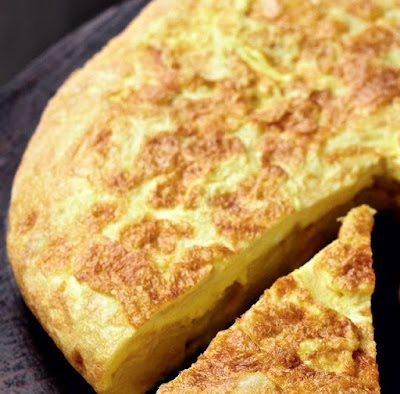 This post is inspired by what I have recently read
in both the Portuguese national press and British expat rags
published in Portugal.There is no recipe content in what follows

The best definition of Brexit was presented by Pascal Lamy, when he considered that "to extract an egg from an omelette" was the perfect metaphor.Well the kitchen timer is ticking and
tonight, as they sit down at the Brussels working dinner table, the 27 EU leaders will outline strategies for the next steps, in the "more than likely" case of not still not being able to extract the egg from the omelette.Will there be a recipe for success and will it be enough to impress the 27 judges? Or will they need more time to transition through coffee and petits-fours before "Please sir can I leave the table?"

In June 2016, a referendum in the United Kingdom led to a result that surprised a Europe in crisis.A misinformed populace woke up in disbelief to what had just happened.Some people considered the result of 51.9% "ambiguous" in favour of leaving, compared with 48.1% who would prefer to continue to be part of the community. There were those who considered it an opportunity to clarify the relationship: "They will now have to say what they want."On March 29, 2017, the British ambassador, Tim Barrow, the UK's permanent representative to the European Union, crossed the street on foot. He was holding the folder containing the divorce letter. In his discreet parade, Barrow was aware that each step, approaching the Justus Lipsius Building, the seat of the European Council, removed his country from the community space created in the aftermath of World War II, based on the idea that trade and cooperation between States, would lessen the belligerent impulses of the different powers".
Forty years before the British had voted to join a, “common market”. This worked. Since then though it has grown into this great uncontrollable monster created by a group of individuals as a private club, furthering their own interests for power without any redress to those outside their circle.
At the first European summit, after the fateful outcome of the referendum on 28 June, Portuguese Prime Minister António Costa suggested a "friendly" and "unhurried" divorce, having attributed the UK decision to "causes very similar to those which are fostering the emergence of "populism" in several European states and that is where we have to attack. " The Portuguese prime minister called for a "friendly" and "unhurried" Brexit.The formalization of the request for exit from the United Kingdom of the European Union was the most awaited issue by the 27 at that summit, but David Cameron declined to refer to Article 50 of the Lisbon Treaty, leaving the matter postponed to the next government.Since then, meetings of the 27 have become commonplace to define strategies and next steps, not unlike what will probably happen tonight.

"How do you see the British prime minister in Brussels?
And how did we get here?"
From that article headline, what is being said in London about the British prime minister in Brussels, Theresa May is seen as the prime minister with the "most difficult" of positions in the world and "nobody wanted to be in her shoes, "and in that sense she" is a brave woman. "But the leader of the Conservatives is also seen as" the biggest disappointment one can have about a leader, "confessed a high representative of the European summit to TSF. "The woman comes [to the summits], sits down, reads a leaf and says nothing," added the same source, lamenting that she "does not present an idea, nothing." "It is not clear what the political thought of that woman is ,It's a disaster and it's conducting negotiations in a disastrous way.Another opined " "Theresa May comes up for air. She would like it to be known that she hopes to end freedom of movement within the European Union. She will remove – just like that! – UK citizens right to work in France or retire in Spain as that, she has decided, is what we want. She seems weirdly proud about it, too, a little bit “Look what you made me do.” I personally hope that the EU stands strong and insists on freedom of movement being central to any access to the single market. Even though the UK's refusal of this might put my life here in Portugal in jeopardy. The one thing your average European citizen gets out of the European Community is freedom of movement, sod the economy and trade, for your working masses the chance to go anywhere and better your life from your own hard work is the prize for being a member of the EU club. But no member of the British public asked for this. No one made her do it other than the peculiar tribe to which she has pledged allegiance.
"Tick-Tock, Tick-Tock "The Time Is Ticking" the European Union's chief negotiator for Brexit, Michel Barnier, has subtly used to show the British side that on March 29, 2019 time is up and "with or without agreement" the United Kingdom will become a seperate entity. As time passes and deadlines for closing negotiations are shortened, the conclusion among those who lead in Europe is that the non-agreement is a reality that seems increasingly close and a scenario "more probable than ever" .
"It is truly incredible the imperialist attitude of the British. The Empire is over. Haven't you understood? Portugal is a sovereign country, and you don't respect us. You don't learn the language and make no effort to integrate. You take advantage of our country and you don't put in nothing. You love the Portuguese? Which? The ones that live, study and work in the UK (aka: bloody immigrants)? Or the ones in Portugal?"

"What have you done?"
The morning after the bombshell I felt plain ashamed to be British.What have you done, our Portuguese friends cried. We haven´t done anything, our misinformed compatriots have made the biggest mistake ever,we replied.The British have always had an in bred attitude that they are better than everyone else and set apart, and very definitely an almost instinctive dislike of 'Johnny Foreigner'. This is thankfully getting better with younger generations, as shown by referendum voting, but some of my generation and my parents were brought up to feel superior. You know the sketch with John Cleese and the Two Ronnies? Well Ronnie Corbet would be looking down on the foreigners. Even my dad who is a lovely bloke and would never have thought of himself as racist called the nurse that was looking after my mother a "blackie" and ironically he was complementing him at the time! It was just so automatic to call him that, that he didn't even think about how insulting that term is. When I read in expat rags the comments of British people living in Portugal saying that 'Brexit' was a good or necessary thing, I just feel sick. Sick that I am British and that the country I was brought up to be proud of could do what it has done, and that I have no choice in it. The whole campaign from both sides was about what was best for Britain, as if it really were just an island with no effect on the continent it almost touches. No thought or question of what is best for everybody. How selfish and how arrogant, how shameful. But also, how British. The UK had the best deal of all the countries in the EU and still wanted more, The comfortably retired need to realise this and realise that they are not going to have their cake and eat it, in fact their cake may well shrink in size and become a muffin and they won't get to choose from the cake stand anymore. Lets just hope their grandchildren are lucky enough to have a slice,but because that is an even greater worry. The British now need to start trying to make amends for the damage they have done, whether a "Leaver" or a "Remainer" and especially if living in another European country. Start being a European and part of the continent you are tethered to. Learn the language.It is disgusting how so many of you can't be bothered "oh just can't get it, I've tried but they speak so fast", if I had a euro for every time I have heard that! It's not rocket science, all you have to do is buy a phrase book and be part of the community you are in. Try and make contact and stop treating the Portuguese as if they are all waiters, and stop thinking you are better than them because back 'home' you have 'proper fish n chips' rather than Bacalhau. I have been here for twelve years and seen Brits come and go,from the real world of Portugal, isolated by their pensions, or British incomes, unfairly disillusioned by Portuguese medical practice  always bloody complaining. Stop it now, this is Portugal,one of 27 countries in the European Union, not a theme park.
Email Post