It´s BBQ season!! Not your mother´s coleslaw and Griddled Prawns with Lime and Honey Marinade 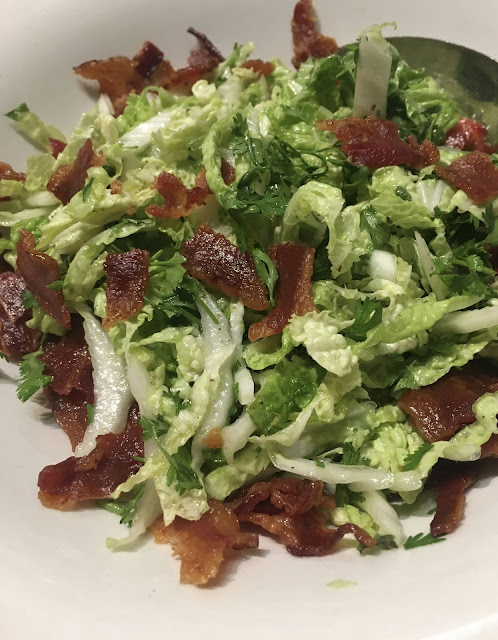 "Though she was born a long long time ago your mother should know".
Too often, coleslaw gets a bad rap. After all, it's often a mixture of cabbage, mayonnaise, and sugar, it can be gross, and who wants to eat it; you are at a friends house and you have to be polite  and pretend to like it ? But it wasn't always this mundane. Its origins can be traced back as far as the ancient Romans, who served a dish of cabbage, vinegar, eggs and spices. The Dutch, who founded New York state, grew cabbage around the Hudson River that they used in a shredded cabbage salad they called koosla (kool means cabbage and sla is salad). Coleslaw has certainly lost its way. Relegated to a side dish, it is an afterthought and frequently forgotten until the very last moment of picnic, barbecue or beach blanket prep. At that point, a last minute bucket of something white and listless is grabbed from a supermarket shelf, and set out alongside a spread of carefully prepared food, where it is largely ignored. I used to think of it in such a way until I realised slaw can be dressed up and repurposed in ways you never could have imagined. Freshly made coleslaw can be a wonderful thing, and every now and then it’s fun to zip up the formula with a burst of lively Asian flavours. The neutrality of cabbage (it's not exactly packed with flavour) allows for so many variations. Consider slaws made with mustards, or studded with bits of apple, or spiced up with jalapeños. Alice Waters, chef and founder of the legendary Chez Panisse, mixes a coleslaw with lime juice, cilantro leaves, and red onion, my kinda girl. And if Alice Waters is eating it, then who are we to cast coleslaw aside? Forgettable old coleslaw, your days are numbered. Coleslaw can and will be cool again. Or, at least, tasty. Coleslaw goes so well with all our favourite summer food such as , hamburgers, sandwiches, clams, prawns, cold cuts and chicken. Some like slaw tangy and others like it creamy.  Some want shredded cabbage and others want it chopped. Myself, I like shredded and don’t care if it is tangy or creamy as long as you leave out pineapple. If you choose to ignore the supermarket aisle of refrigerated, pre-made dishes, you wield the power to customize, experiment, and surprise yourself with your quickly developing slaw skills. When you choose to make your own coleslaw, turning a blind eye from the plastic containers of slimy, sweetened, unidentifiable cream and cabbage you open yourself up to a world of possibilities. Not a mayonnaise person? no worries, Greek yoghurt to the rescue ? Its the barbecue season and there's no side dish or salad quite as versatile as coleslaw . Following in Alice Waters footsteps I bring you a mouthwatering,highly addictive and versatile slaw. 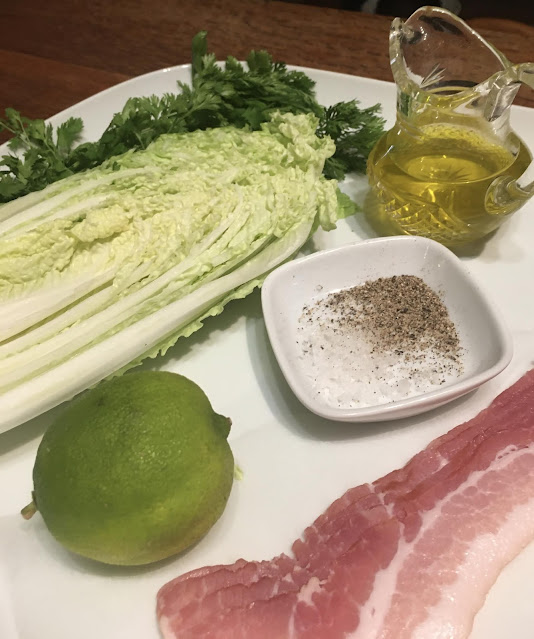 Coriander lime bacon coleslaw
makes 12 portions as a side
12 rashers streaky bacon
1/4 head of green cabbage, finely shredded
2 cups coriander , roughly chopped
2 tablespoons olive oil
3 tablespoons lime juice
1/2 teaspoon salt
1/2 teaspoon black pepper
Preheat your oven to 400F. Line a baking tray with parchment paper and place the bacon slices side-by-side on the tray. Then cook the bacon for 18-20 minutes or until it's reached your desired level of crispiness. Remove the tray from the oven and transfer the bacon with tongs to a paper towel-lined plate.
In a medium bowl, add the cabbage, coriander, and crumbled bacon.
In a separate small bowl, whisk together the olive oil, lime juice, salt, and pepper. Then pour the dressing over the slaw.
Toss everything together and serve in a large bowl.

When it comes to griddled prawns with lime and honey marinade this coriander, lime and bacon coleslaw is a no brainer side dish. It’s bright, refreshing, and the crispy bacon bits work amazingly to compliment the seafood. Here is the recipe for the prawns 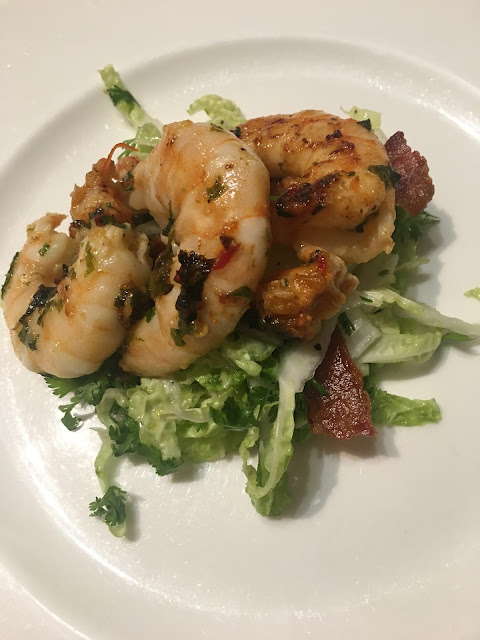 To make the marinade, mix the honey, oil, grated lime rind, half the lime juice, chilli and garlic together in a shallow bowl. Add the coriander, salt and pepper, mix together then add the prawns and toss together. Cover with cling film and chill in the fridge for 30 minutes.
Lift the prawns out of the marinade and sauté them in some butter and oil. Cook on a medium heat, barbecue or under a preheated grill for 5-7 minutes turning the prawns once or twice and brushing with the marinade until the prawns are bright pink all over and cooked through.
serve with the coriander lime bacon slaw ion the side.
Email Post