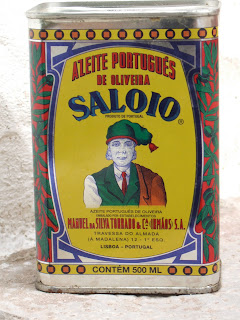 It has come to my attention when shopping, how many times the male image features on Portuguese food packaging, so I thought I would share some of my finds with you.And I have thrown in a recipe for good measure. UK viewers may also remember the Weetabix advert that used a comedy version of the Robin Hood song. The lyrics consisted of the chorus followed by: 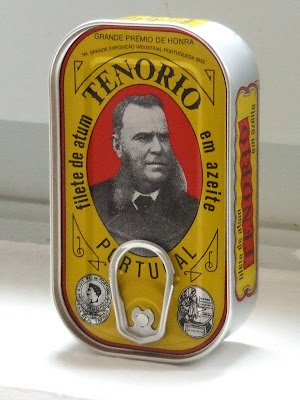 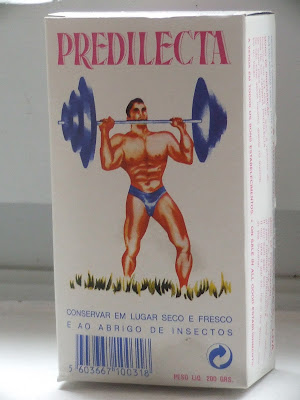 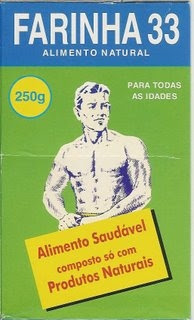 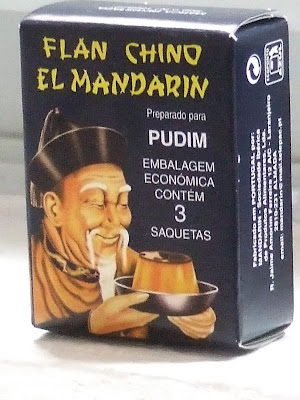 450ml (3/4 pint) milk
4 large eggs well beaten
200g (7oz) granulated sugar
Mould 15-18cm(6-7 inches) in diameter
Prepare the caramel first: bring 110ml (4 oz)of the sugar to the boil with 2 tablespoons of water, in a saucepan. Allow it to turn into a liquid caramel and pour immediately into a large mould, turning it around, to coat evenly. A spoon may be helpful, to cover the interior of the mould. This operation must be done at great speed, as the caramel dries very quickly. Any lumps left around the mould will melt later, so do not worry.Set the mould aside. Warm up the milk to blood temperature and beat in the eggs and the rest of the sugar.Combine really well and pour into the prepared mould, 15-18cm(6-7 inches) in diameter. Bake in a bain-marie ( placing the mould inside a tin containing boiling water)in the oven 180C /350F/gas 4 until set, about 35-40 minutes.