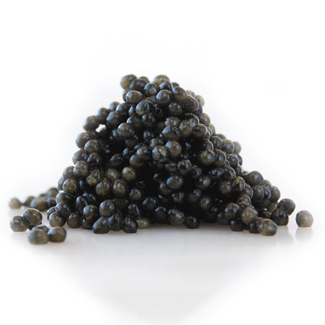 "This little fishy may well end up on your dishy"
Once an  adornment of Monica Belluci but will Gaga will follow "suit". More respectably however Portugal, and more specifically, the Algarve will by the end of this year have its first sturgeon fish farm( the roe of which is used to produce the delicacy that is caviar).
The project is the brainchild of biologist Paulo Pedro, Ukrainian aquaculturist, Valery Afilov and Castro Marim´s very own star, salt producer Jorge Raiado. These three have together won the Special Sea Trade Prize at the Ideias em Caixa competition organised by the Caixa Geral de depositos bank and the Regional Centre for Innovation of the Algarve.The award brought them media attention allowing them to go ahead and bring in investors. Caviar Portugal will need €1.5million of investment in the first seven years. To make the activity profitable, the promoters will breed four different species of sturgeon: Top of the range Beluga, Russian, Siberian and Sterlet. Portugal has a history with sturgeon which was once consumed here. This delicacy will be farmed by aquaculture, as the more traditional species of sturgeon used to produce caviar are endangered Portugal has an added advantage. Because the weather is milder during most of the year the water need not be heated and the fish will reach sexual maturity much faster. In the wild this can take up to 20 years. Facilities should be ready to import the species by November. The fish will be sent from other aquaculture farms in Northern Europe, and the first batch of caviar should be produced in four year´s time.The promoters hope to reach 600 to 700kg of caviar every year.-
In the future, the promoters also hope to work alongside the Institute for Nature Conservation to repopulate the Douro, Arade and Guadiana rivers with the Atlantic Sturgeon, a species that became extinct in Portugal in the 1980´s.