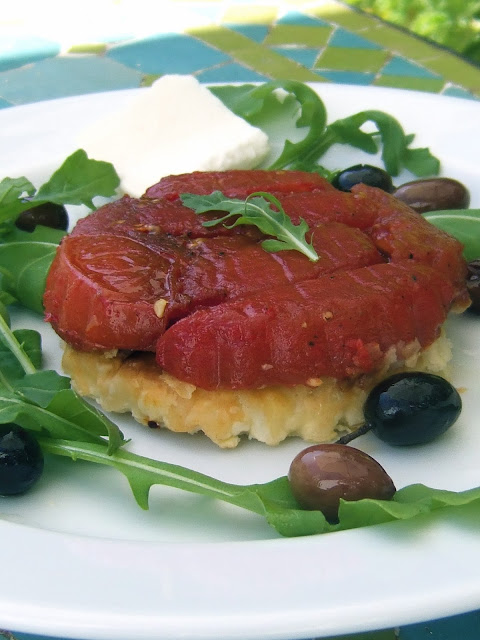 Sometimes big names go unsung.I wonder how many out there would know of the culinary legacy bequeathed to the world by one Joan Campbell.In my own particular case I owe a huge debt to her for the publications which played such a formative role in my early culinary career of sourcing and creating diverse dishes for discerning diners. It is unusual for a woman to embark on a new career at the age of 66 but this is exactly what this woman did when she was persuaded, in 1979, to move to Vogue. Surrounded by pretty young Voguettes, Campbell "hit her straps" (as they say down under) and was launched into a glorious career under an umbrella of huge publishing proportions.Initially food editor of Vogue, Campbell soon became food director of all Vogue publications, including cookbooks. Campbell could spot trends early and consolidate them, her influence reaching well beyond the readers of glossy magazines. Those magazines had international currency and were widely admired and emulated. Chefs in Britain and the United States cited Vogue Entertaining as the finest food publication in the world at that time.She was a gastronomic Helen of Troy launching thousands of chefs on the slipway to success.
"Feisty", "fearless", "irascible", "eccentric", "sometimes domineering" (she was affectionately known as the Iron Chancellor, the Margaret Thatcher of the stove perhaps), Campbell was never afraid to speak her mind. Dishes she disapproved of were described as "filth" or "muck". Wet dishes were dismissed as "chicken sick", "fish sick" or "beef sick". I have only heard such expressions from one other source, my multi tasking, multi talented friend and extraordinary cook Leslie Forbes.When she and I decided to flat share while working at English Vogue she warned me she could only cook three types of food all called "muck".Red muck, brown muck and white muck.Well, with 4 cook books under her Armani belt this was modesty I tell you.Such frankness can be alienating, but it seemed in the case of both Campbell and Forbes honesty won them ever-increasing admirers.
When the more-plate-than-food nouvelle cuisine movement was sweeping us off our dining chairs, Campbell was ahead of the game. Soon this gruff cookery writer was putting Australia firmly on the food map."I don't think I have a style," she had said. "I move with the times or do what my editor asks me to do." But that was only half true. She had a style of her own, embodied in her frequent comment that "if we accept ordinary food, ordinary service and ordinary atmosphere, then that's what we'll get". "Joan knew precisely how to put food on a plate. That was her greatest talent."Through her three Vogue titles she dished up encouragement to cooks like myself, peppered with writing that stirred ambition and enthusiasm, and seasoned at times with a dash of humour.
To those who knew her she swore robustly, like everybody's idea of an Australian matriarch.When it came to the aesthetics and refined good taste of food photography and editorial however it was a completely different matter. This gruff, brassy woman was at least partly responsible for the new look Australian cooks brought to their food and to the world. As  food editor and later food director for Australia's three Vogue titles,  it was quite clear that the food in her pictures should appear to be freshly cooked, unfussy and photographed by natural (usually summery) light.This paved the visual way for Australian cooks such as Donna Hay, but also, coincidentally, modern pioneers like Yotam Ottolenghi. There is an uncanny similarity between this roasted tomato tart and Ottolenghi´s "Surprise Tatin"
For my third Tomato tart of the season I thought as a  gesture of gratitude that I would do La Cambell posthumously proud by preparing one of my favourite recipes from The Vogue Australia  "Food and Wine Cookbook."-Roasted Tomato Tart.This is not one for the faint hearted cook. It requires experience  and patience and some strong rubber gloves to tackle the volume of washing up that the prep creates.There are four stages to the recipe and if you are methodical, allow yourself enough time and follow the recipe to the letter you should end up with a stunning tart with meltingly gorgeous level of flavours.This is far from a simple mid week supper dish,more a unique starter for a smart dinner


My tips having made it
The thickness of the pastry is crucial- I used thinner pastry- WRONG,follow recipe
Watch the caramel carefully- undercook if anything once it starts to turn golden

Watch the shallots carefully-they should be tender but you dont want a burnt taste.

When you are arranging the halved tomatoes in the pie tins you will find it is easy to remove the skins with your fingers, this definitely enhances the recipe.

I lined each pie tin with baking parchment before I applied the caramel,this also helped lessen the amount of hot juices that come out when you invert the tarts.

I would recommend cooking the pastry discs on top of the tarts from the outside not alongside as the recipe suggests.My pastry discs shrunk and contracted, making them smaller than the circumference of the tarts.

To cook the tomatoes: halve the tomatoes,place in  an oiled baking dish and grind the pepper over. Roast in a preheated 220C oven for 10 minutes.transfer the tomatoes to a plate lined with kitchen paper and set side to cool.

To cook the shallots: melt the butter and sugar together in a saucepan.Add the shallots and roll in the butter mixture until coated.add the red wine and port and cook until the shallots are tender and the liquid has completely reduced.(see note above).

To make the caramel: place the sugar and water in a heavy-based saucepan and bring to the boil ,stirring until the sugar has dissolved.Boil steadily until the syrup becomes adeep gold.pour on the vinegar,being careful to stand back from the pan,then stir until smooth.Line the individual pie tins with the caramel,(see note above).

To cook the tarts: arrange 6 tomato halves,cut side up in each pie tin,pressing in well.Fill the gaps with the shallots.place the tart tins on abaking tray with the puff pastry discs alongside (see note above).bake in a preheated 220C oven for 15 minutes.carefully place the pastry discs on each tart and leave for 3 minutes.Remove from the oven.Allow the pastry to settle on the tarts for several minutes then invert the tarts onto serving plates.
( Handle the tarts carefully as the hot juices will run out (see note above).

To serve: arrange rocket leaves,slices of fresh goats cheese or Feta cheese and olives around the tarts