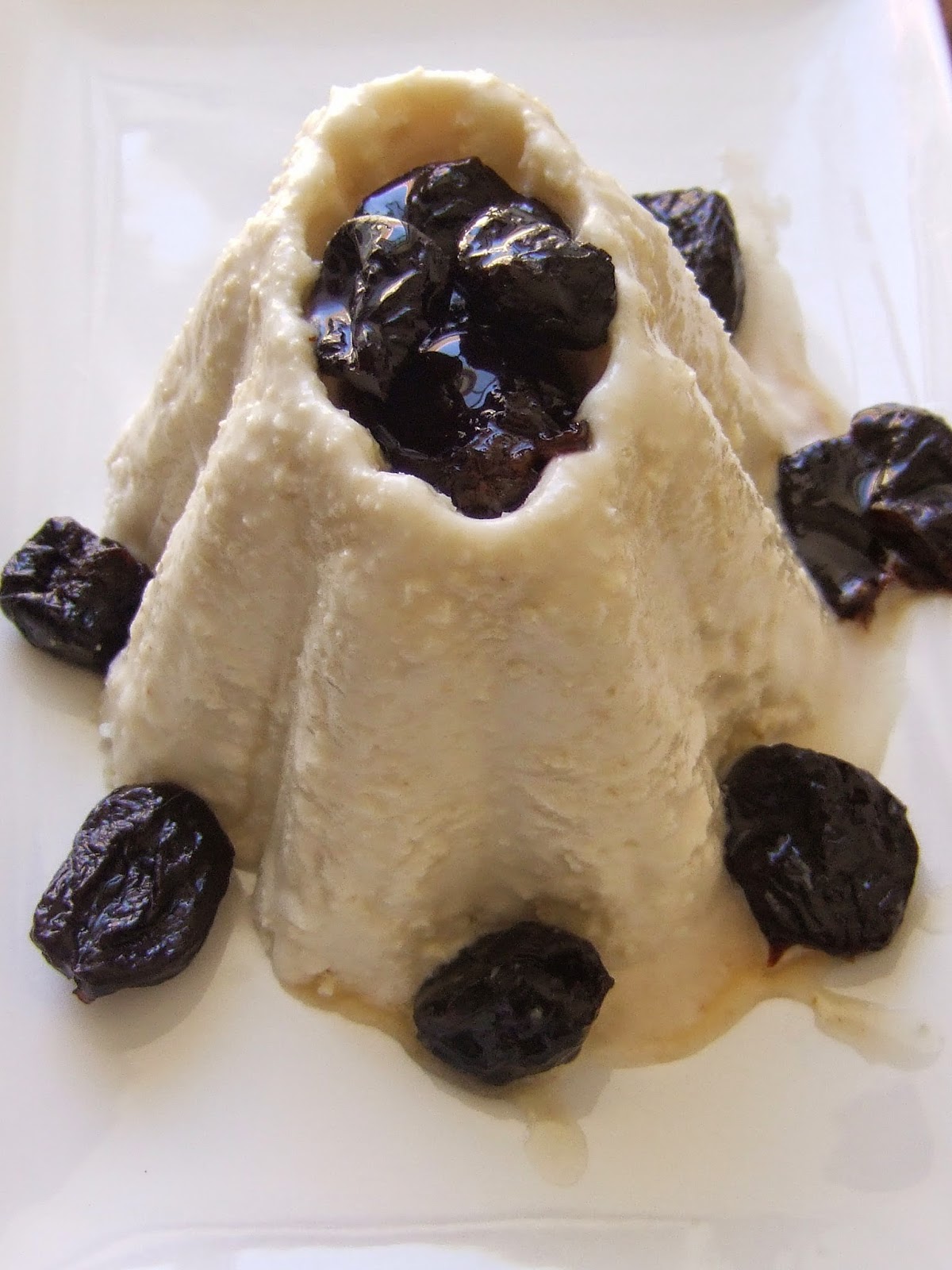 There is a lot of flummery floating around the Twitterverse regarding milk puddings.Well, its Dias Medievais in Castro Marim and what better time to talk about one of the oldest puddings in the world. For a food blogger like myself it is hard to avoid including a post about blancmage. The history of blancmange is long and quite old,so bear with while I unfurl  the true origins of a dish that at times is shrouded in mystery.
Some say the story began in sixteenth century Portugal, when a Portuguese princess called Maria took with her dowry from Lisbon to Southern Italy, a recipe for a flan - Manjar Branco, made with boiled and shredded chicken breast, milk, sugar, rose water and rice flour. It was part of her four manuscripts of recipes that she took with her when she married Alessandro di Farnese, the Third Duke of Parma.Disappointingly for the Portuguese, its provenance however is much earlier than this.Blancmange has been made in Europe for centuries.
The history of blancmange is exceptional for understanding the changes in Western cuisine. Although this is a sweet that nowadays not everyone likes, its presence in the Portuguese and Brazilian gastronomy is a tradition.By adding coconut and serving it with plums and syrup it has become for them a national treasure.
When the word first entered the English language in the fourteenth century,it was used for a savoury dish.As its name implies (French blanc,´white´manger, `eat´ -the final r did not disappear until the nineteenth century) it was made from pale ingredients.
It is also believed that the origins of blancmange can be found in the Arab introduction of almonds to Europe, since the dish traditionally contains almonds,for example the Catalan Menjar blanc.
In the early days also, blancmange may have been heavily spiced on occasion, since access to spices was a status symbol.
At some point during the 1600s, blancmange became the snowy white, wibbly wobbly pudding which most consumers know today.By the Eighteenth century it had become a sort of almond jelly,made with milk or cream.In the nineteenth century arrowroot was introduced into the recipe as a thickener,with flavourings such as lemon peel and cinnamon making it an appropriate dessert dish.This paved the way for the modern commercial, cornflour based version.The dish has also,not surprisingly, been known as “shape,” a reference to the fact that it was usually set in elaborate moulds,which in guises such as pink rabbits and chocolate covered castles remained a mainstay among British puddings until the 1960´s,when instant pre-prepared desserts started its demise.The flavour of traditional blancmange is mild, and because of its neutral colour the dish is popularly dressed with wine sauces or fresh fruit. Monty Python fans may be familiar with blancmange in the form of alien sentient beings which invade the planet Earth. a second attempt showing the porcelain mould I used
Nowadays there is no earthly reason why anyone would want to make savoury blancmange with chicken so I opted for a seventeenth century transition made with almonds, milk, cream and gelatine,and garnished it with the modern Brazilian interpretation of plums and syrup.I rooted out my grandmother´s Porcelain jelly mould (see above) and had a slightly less than successful take on how they would have made blancmange in the 17th century.This is how I made it…..

Start by toasting two cups of almonds. While the almonds are toasting, gently heat one cup of milk and one cup of cream and mix this with one quarter cup of sugar until the sugar dissolves. Grind the almonds with the milk until the mixture is smooth, and force it through a small grained sieve or cheesecloth into a bowl. You will end up with approximately one and one half cups of liquid, to which you should add four drops of almond extract or essence.
Next, dissolve 5 leaves of gelatin in cold water, and allow it to sit for approximately 5 minutes.Squeeze as much water out of the softened gelatine before stirring it into the almond mixture, and stir the bowl over a bath of ice so that the blancmange begins to firm. Next, whip one cup of cream, and fold it into the blancmange. Pour the pudding into molds to set under refrigeration for several hours, and turn it out onto plates to serve, garnished with fruit or a sauce of your choice.
For how to make Whyte leach the precursor of blancmange look out for my next post......
Email Post