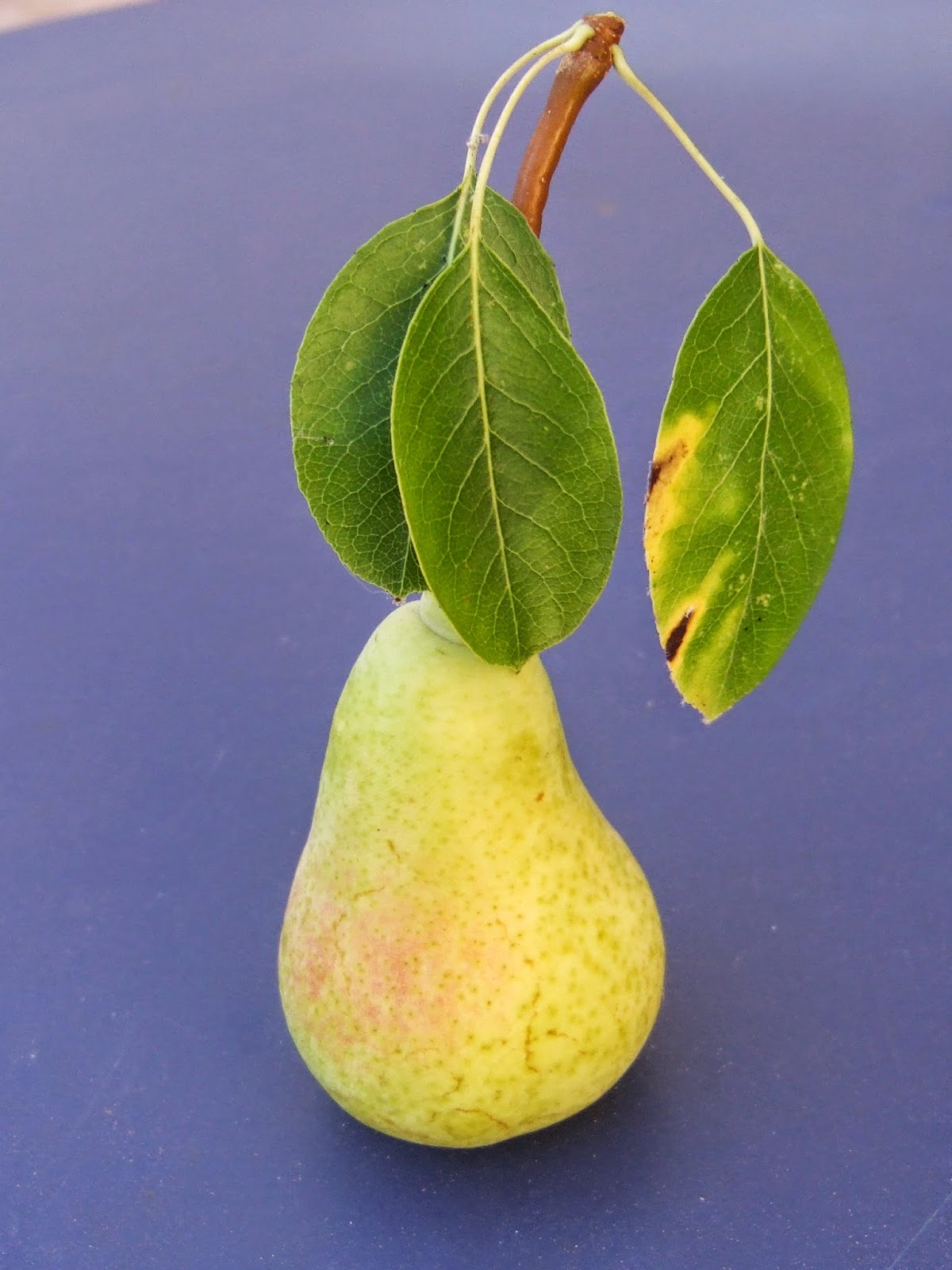 What's the difference between a Bartlett and a Bosc? an Anjou or an Asian, a Comice or a Concorde.If you don´t know, don´t worry.There are over 3,000 known pear varieties grown around the world, but only in Portugal can one find these tasty baby Rocha pears, easily recognized by their small size and golden yellow skin with a maroon blush. When they are not being bastards they have a crunchy flesh, and considering their size an extremely sweet flavour.These have to be the smallest pears in the world.You only get four or five bites out of one pear, so they make a great, quick snack and an excellent choice for children,pop it in their lunch box and they are on their way to getting their five a day.
Not dissimilar to the North American Seckels, these tiny pears have a chubby, round body, small neck, and short stem. Paul Cezanne had an obsession with painting pears.if only he had visited Portugal in his search for the perfect pear he would have found it before it was discovered by one António Rocha.This variety was casually obtained from a seed on Pedro António Rocha's farm. The variety derives its name from his family name.
Don't try to eat them before they are perfectly ripe. If they still feel hard and don't have any give when you press them, they'll taste tart and woody.
But their size also makes them perfect as an appetizer (slice in half, trim out the core and seed, put a slice of parmesan or a dollop of ricotta on top, serve). They poach perfectly and quickly so dessert is another option.My interest was elsewhere in something I had recently witnessed but never tried before....pickled pears 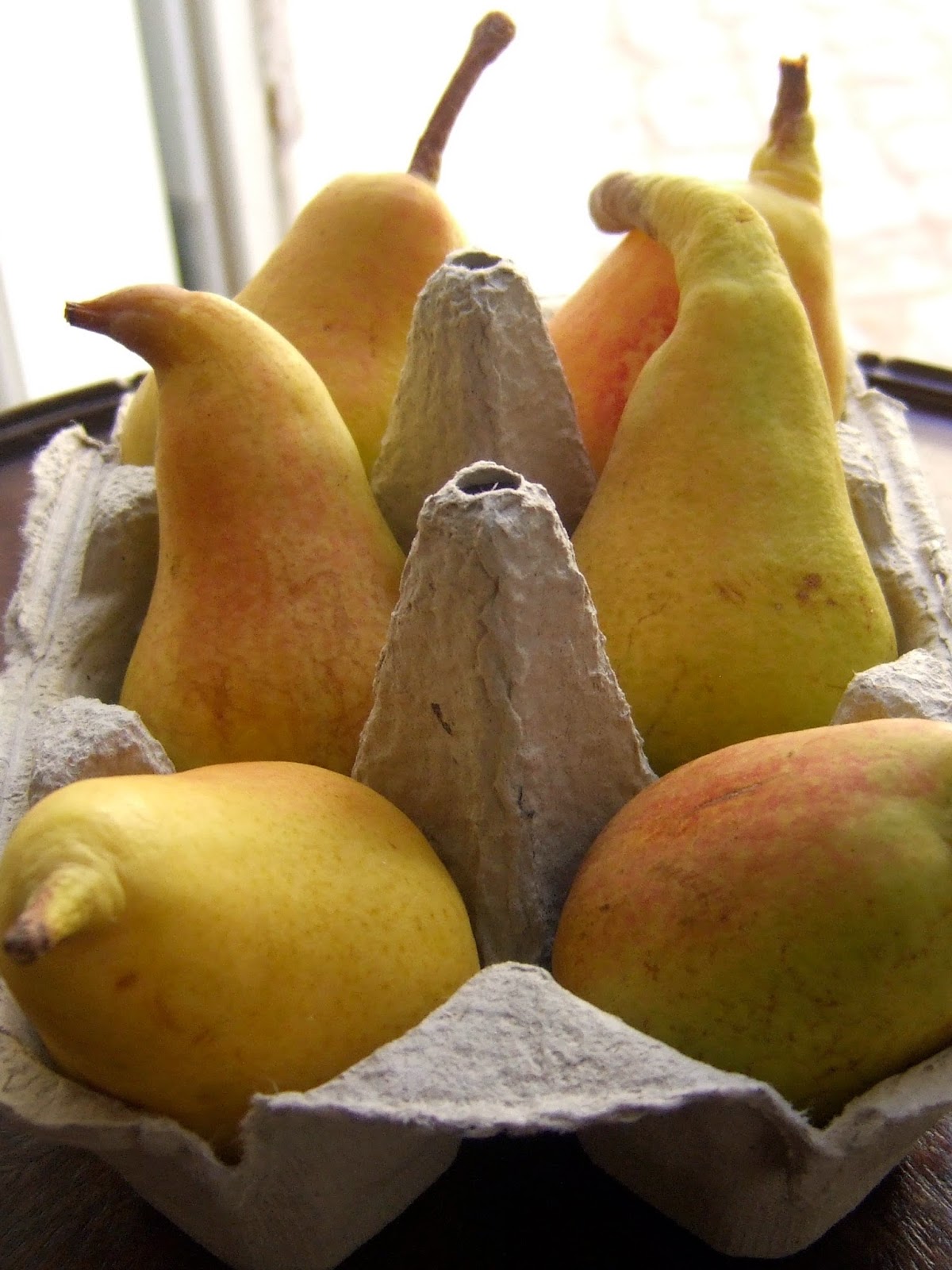 Rocha pears,nestling like eggs in a tray,ripe and ready for Cezanne 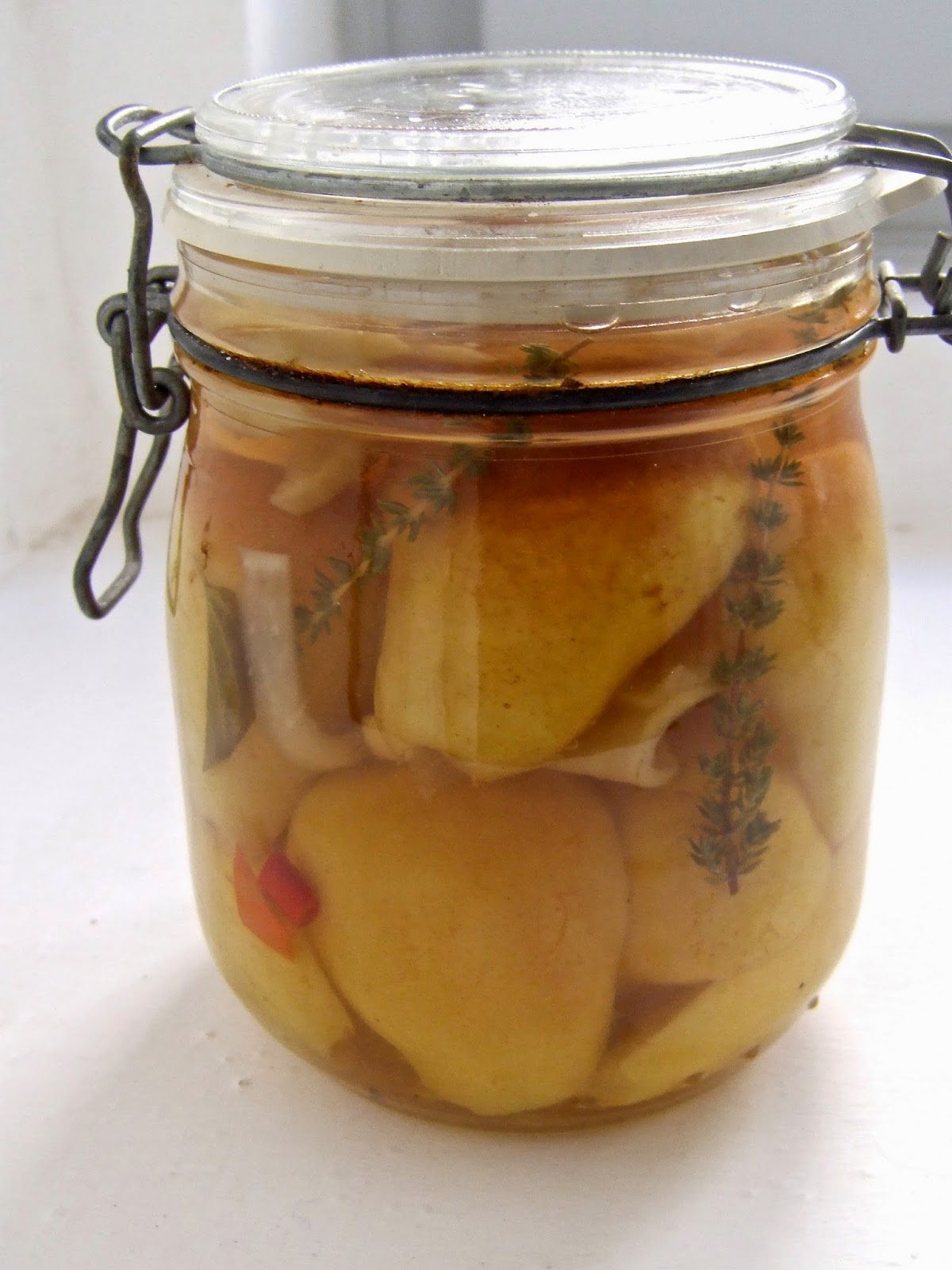 What I wanted to emulate was the amazing flavours achieved by Ferrugem´s chef Renato Cunha when he cooked pickled Nabo (turnip) in our kitchen back in June this year.Just like I used to observe my mother at her stove, I stood over him with watchful eye,recording what he did and keeping it in my "back head"  in the hope that I could repeat what he did at a later date.
Unlike European pickles, which tend to be really vinegary, this Asian style pickle is mild, tender, and slightly sweet.What I love most about this pickling method is that it is less about hard-set measurements and more about the flavour combinations (right up my rua). Basic ratios and ingredients went out of the window.
I started to make a basic brine with a simple syrup made from about one part water to one part sugar, boiled over the stove top until the sugar dissolved. I then, stirrred in some cider vinegar, and salted it to taste.To this I added sprigs of thyme,one red chilli chopped up,some small basil leaves,chunks of fresh ginger and whole garlic cloves peeled but kept whole.Once the brine has cooled to room temperature, halve and core the pears and tuck them into a sterilised Kilner jar. (I made enough brine to fill a 75cl jar ) Tuck the pears into the jar randomly and then pour the brine over them making sure they are completely covered.Store in a cool place until ready to serve.I have got my eyes set on using them as an accompaniment to my cheeseboard at Christmas.Now there´s something to think about.
The more adventurous cooks among you can venture out to Asian supermarkets for kaffir lime leaves.The pears are naturally sweet,and the Kaffir lime leaves would add a zingy subtle pepperiness.
This would work equally well with sweet vegetables like carrots.This is a great way to take advantage of a glut of slightly underripe pears. They retain their crunchiness while soaking up the brine's sweet vinegary flavour. Even though it sounds unusual, the sweetness of the fruit works remarkably well with the vinegar. Also try using coriander and white pepper in a brine as yet another variation of flavour