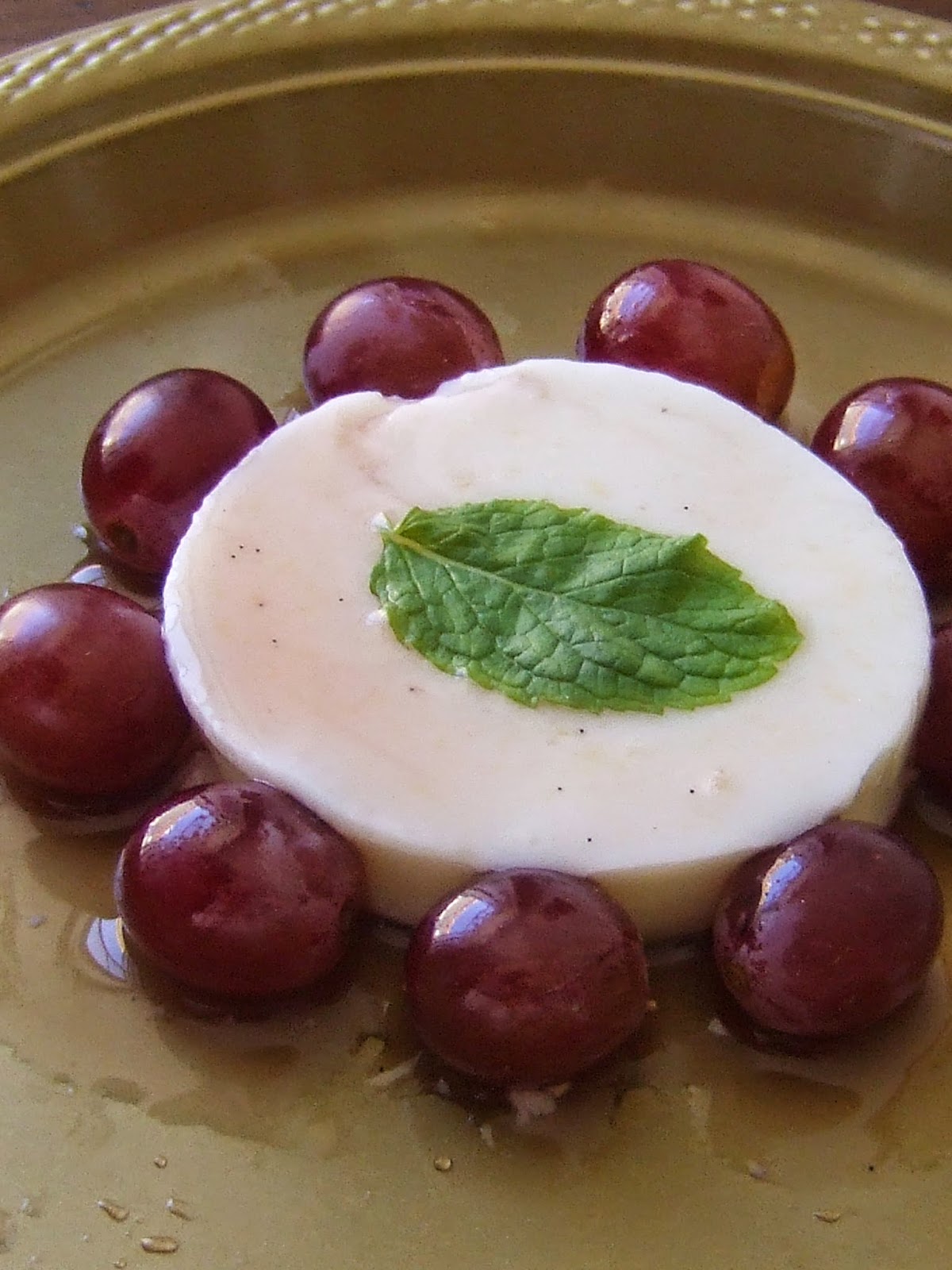 As part of my Medieval themed food posts I promised Marmaduke Scarlet that I would make and feature this recipe that she posted on her "live better challenge"column in the Guardian.I did not have space to include it in my post on Blancmange,and felt it warranted a post all of its own, so here it is.As Rachel explained to us, this rather unappetisingly named pudding, "leach", was  a medieval milk pudding that would have originally used isinglass to set it and was a precursor to blancmange.
The pudding is a little like a blancmange.The recipe she cited used milk and was adapted from Robin Weir and Caroline Liddell's wonderful Recipes from the Dairy,
but there was also one  for Lent when the Tudors would not use milk. Almond milk was always used as a replacement.

A gilded leche or leach.
Take a quart of new milke, and three ounces weight of Isinglasse, halfe a pound of beaten suger, and stirre them together, and let boile halfe a quarter of an hower till it be thicke, stirring them all the while: then straine it with three spoonfuls of Rosewater, then put it into a platter and let it coole, and cut it into squares. Lay it fair in dishes, and lay golde upon it.
From Thomas Dawson The Good Huswives Jewell (London: 1596)

Leach means "slice"and the top of the leach is coloured with red wine.When the leach is set it is turned out and cut into pieces which are decorated with edible gold leaf. I was devoid of gold leaf so used some fresh mint leaves. 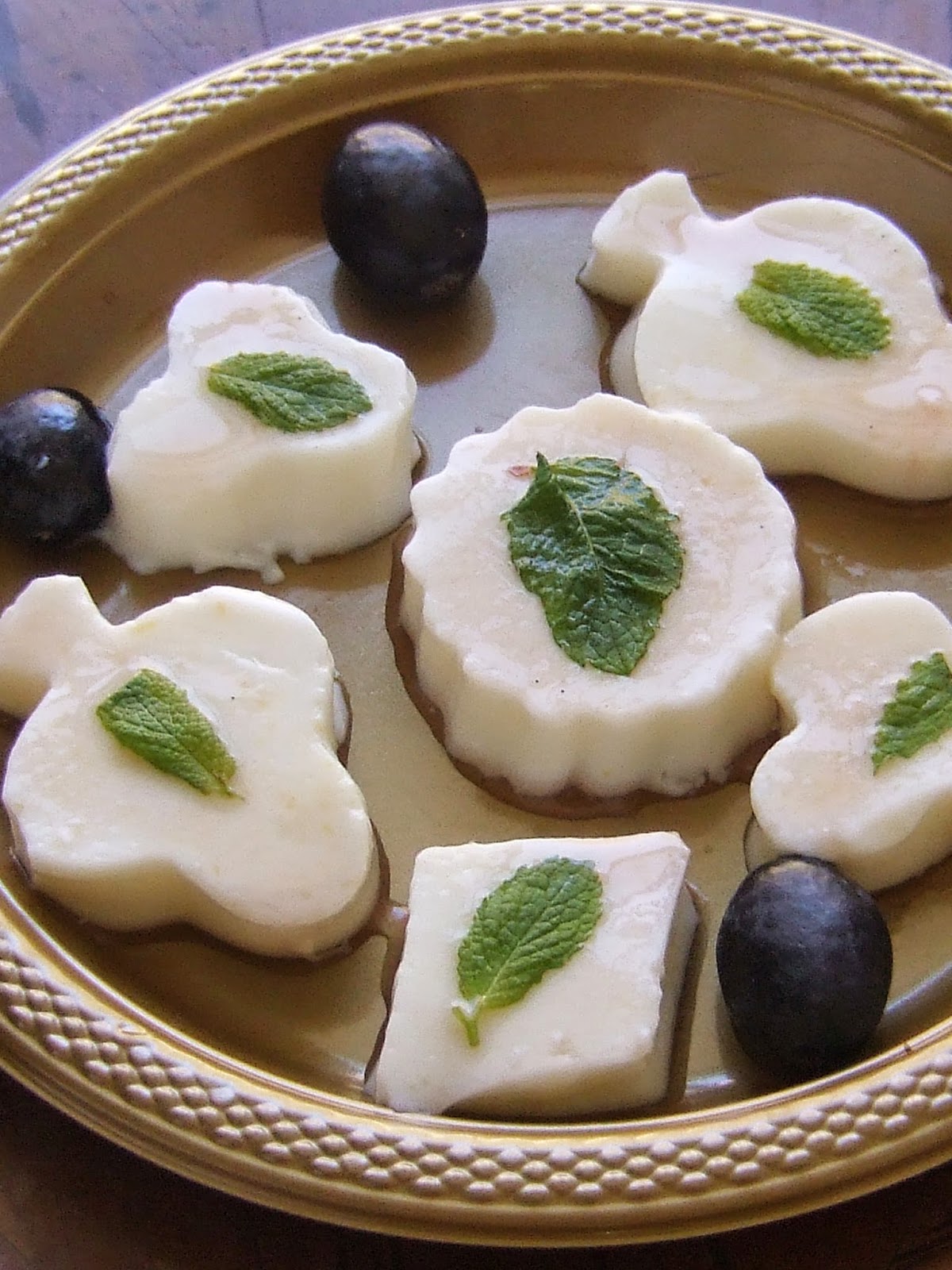 This is a high table dish for a gentry family and is served attractively. It is time consuming to make, requiring setting time and a swift hand when turning out.Something for nimble fingers, not for the clumsy, gawky or cloddish amongst us.Having said that, it would make a great contribution to a medieval themed childrens party.

Cut the gelatine leaves into pieces and soak in cold water according to the packet instructions.
Heat the milk to just about boiling. Stir in the sugar until it has dissolved. Add the orange blossom water. Set aside.
Squeeze out the gelatine leaves. Add to the milk mixture and stir until dissolved.
Sieve and pour into a lightly-greased baking dish or cake tin.
Leave in a cool place to set overnight.
Turn out the set leach onto a plate or chopping board. Traditionally it would have been cut into squares and perhaps gilded with edible gold.
Tips: Rachel served hers with strawberries that had been poached in red wine with a little sugar, a bay leaf, a quarter teaspoon of ground cardamom, black peppercorns and a splash of orange blossom water. You can also replace the orange blossom water with rosewater.

Almond leach
This is much more fiddly and requires the pudding to be made in two parts then brought together when they are set.


Make the almond milk by pouring warmed white wine through the ground almonds in a cloth Mix the almond milk with gelatine to make a white pudding. Pour into a dish.
Leave to set hard. Warm wine by the fire, add the gelatine. You can also add chopped rose petals. Pour into a smaller dish and leave until set
When both halves are set, turn the white pudding out first onto a serving platter. Turn the red one out on top of the white one. You can warm a few red berries in wine by the fire and spoon this over the top. Add a little cream onto the platter and perhaps a few berries on the top of the leech to decorate and serve 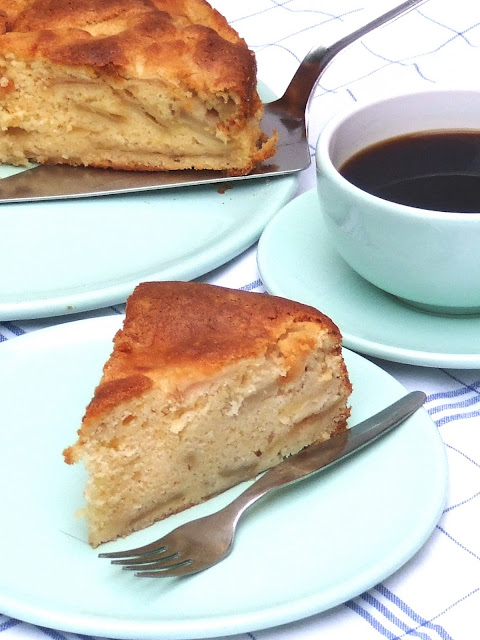