The return of the Bounty hunter 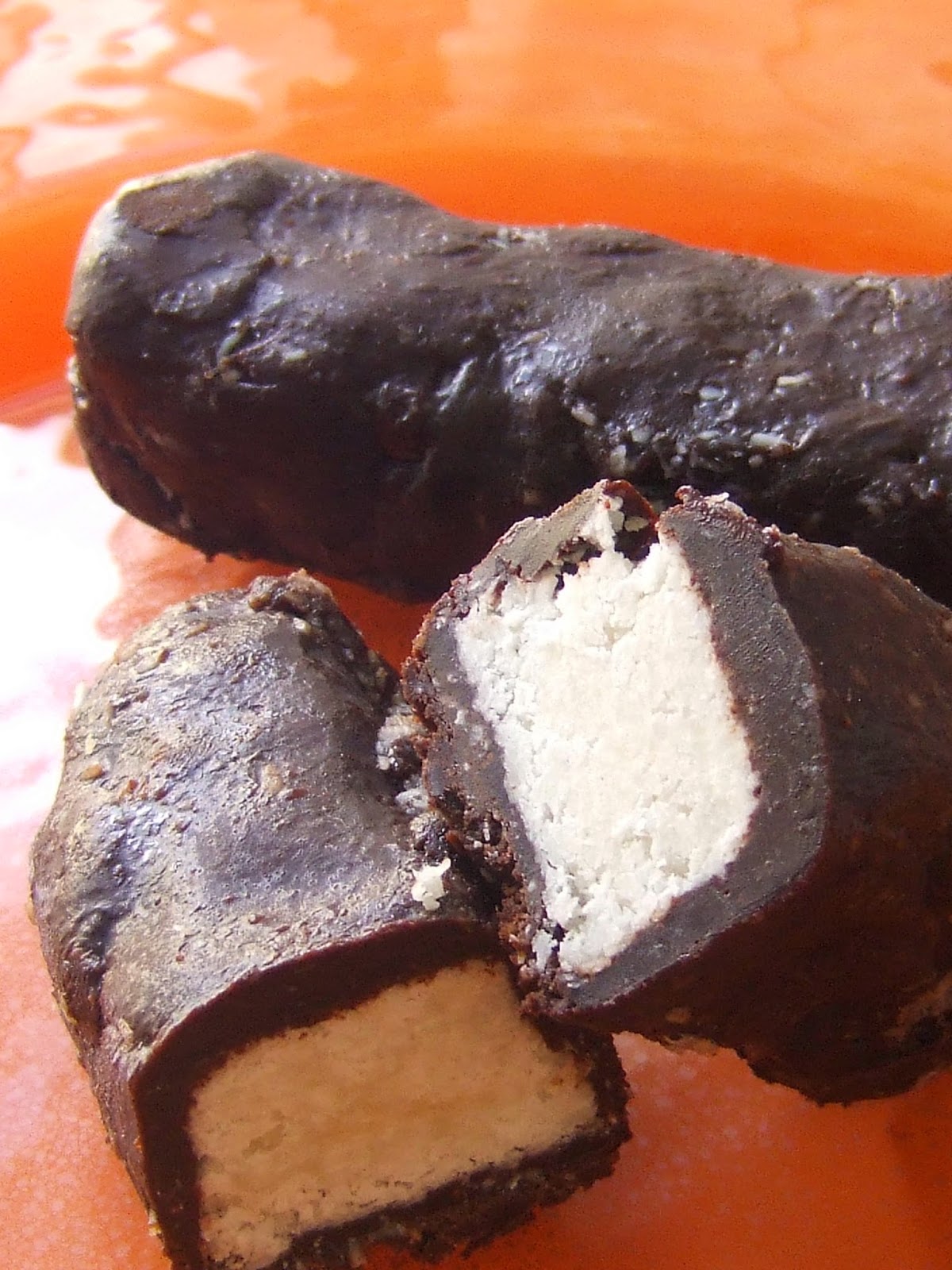 Bounty was always sold as two pieces in one package

For many the Bounty bar was the chocolate bar of disappointment.It induced the same despondency that being the last kid to be picked for the football team at school did.For me however, the excitement of Bounty hunting was always the rattling through a thoroughly pillaged box of Celebrations  to find what my superiors in the family had already rejected in their search for the rich pickings of Galaxy or Snickers
Thank heavens it was always the Bounty bar that was left by the time the box finished its round on my lap.
It was my grandmother, or should I say step-grandmother to be precise, that introduced me to Bounty bars.As a child I was fascinated by the coconuts  that were balanced on wooden poles at the local fair´s coconut shy. Oh how I hurled those wooden balls in vain attempts to conquer a coconut to take home.And oh how I screamed when I didn´t get one. Later in life it was Rick Stein´s coconut sambal that I would serve up as an antidote to the torrent of chilli that assaults the back of your tongue when eating a Beef Rendang.More recently while trolling the tinternet for vegan recipes I stumbled across a recipe for "Raw bounty bars." A bit worthy I have to say but with a bit of work on the recipe I produced something that was far less healthy.That childhood craving during shopping trips with nanna had come back to haunt me.Being a precocious  child, I would always  ask "have you got your purse with you nanna? before we had even left home.I knew that if I behaved myself I would get nanna´s reward for being dragged round the shops.She could hardly say no when she was indulging in one herself. 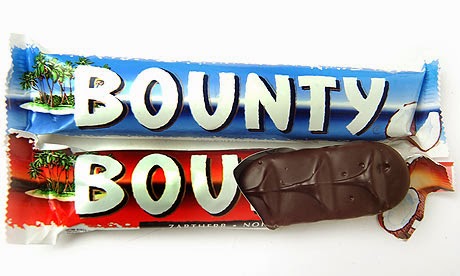 Nanna, Betty as she was known,was a bit of a trendsetter.Mars had only introduced the Mars bar into England in 1951, so for me to be eating a grown up Bounty bar before the age of 10 was somewhat of an accolade.My own personal preference, the dark chocolate(red wrapper version,also my mother´s favourite ) was introduced later.

Chocolate coating
1/4 cup / 60 ml melted coconut oil
100g melted cocoa butter or good quality (Callebaut) couverture with vegetable fat
1/3 cup / 30g cocoa powder
1/4 cup honey
a couple pinches flor de sal to taste
In a a glass bowl over a pot of simmering water) melt coconut oil. Remove from heat and add the honey, sea salt and vanilla seeds, whisk to combine. Set aside.
Place dessicated coconut in a large bowl and sprinkle the tablespoon of water over top, stir well. Pour the coconut oil mixture over and fold to combine, using your hands if necessary. Taste for sweetness and adjust if necessary.
Line a 7×7” (18x18cm) baking pan or ceramic dish with plastic wrap, leaving plenty of extra to hang over the sides. Press the coconut mixture firmly into place, especially around the edges. Wrap edges around coconut and place in the fridge to firm, at least 30 minutes,preferably overnight.
In a glass bowl over a pot of simmering water) melt coconut oil and cocoa butter. Add honey and whisk to combine. When completely uniform, remove from heat and sift in cocoa powder, and add sea salt. Taste for sweetness and saltiness, and adjust accordingly.
On an open work surface, place a piece of parchment paper underneath a cooling rack. Make space in your fridge for the rack to fit.
Remove coconut from the fridge, unwrap and cut into 6 bars of equal size. Round off the ends by slicing off the corners if you like for authenticity. One by one, place a coconut bar into the liquid chocolate and turn over a couple times to coat. Remove with a fork, allowing any excess chocolate to drip back into the bowl, then place on the cooling rack. Repeat with remaining bars. Once all the bars have been done and they re no longer dripping, place rrack in the fridge for the chocolate to harden, about 15 minutes. Remove from fridge and repeat the process, giving each bar with one more coat of chocolate. Return bars to the fridge.
Return to the freezer to firm up completely, at least one hour. Remove bars from rack and store in an airtight container in the fridge for up to two months.