Britain has long standing links with southern Spain and Portugal through the sherry and port trade, so the word and the preserve probably made their way here by the same route. - See more at: http://greedygardener.co.uk/post/17085022376/seville-oranges#sthash.w55UtKKC.dpuf 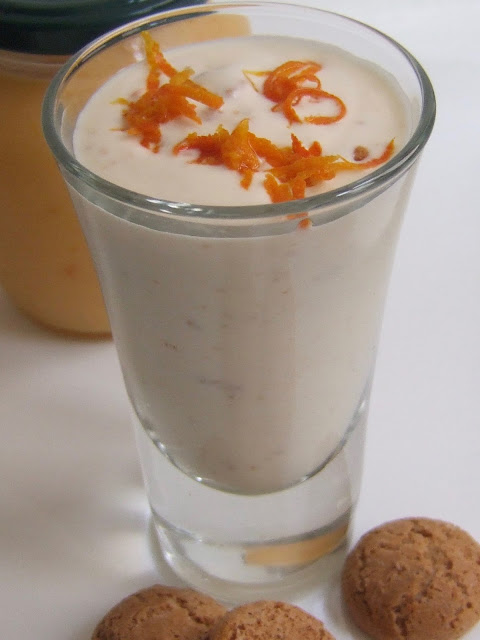 The Seville orange harvest and consequential marmalade season comes but once a year, and If you don´t want to lose most of your weekend spending hours in a steamy kitchen, tying the pips in muslin bags, there are plenty of other options for the use of Seville oranges than just making marmalade.


Britain has long standing links with southern Spain and Portugal through the sherry and port trade, so the word and the preserve probably made their way here by the same route. - See more at: http://greedygardener.co.uk/post/17085022376/seville-oranges#sthash.w55UtKKC.dpuf 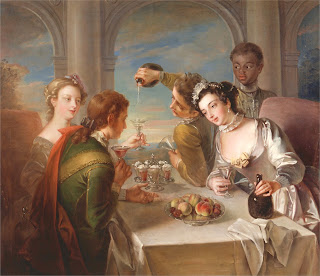 Britain has long standing links with Andalucia and Portugal through the sherry and port trade and also through the export of these tarter-than-tart exotic oranges.
Cultivated in Andalucía since the 12th century, Seville is still packed with orange groves, but most of the fruit is now shipped to the UK to be turned into marmalade. There´s even a saying that Sevillanos are so astonished the British actually want to use their bitter oranges to make marmalade, that they reckon the pith is secretly used to make gunpowder.
An apocryphal story tells that James Keiller bought a ship load of oranges from a ship that had sought harbour from a winter storm. The ship had started its journey in Seville but the delay caused by the storm had made the oranges less fresh than they ought to have been. The bargain gave Keiller's wife, Janet, the opportunity to manufacture a large quantity of marmalade.The true story is more prosaic; in reality, the Keillers adapted an existing recipe for manufacture, by adding the characteristic rind suspended in the preserve.Using this link between the Iberican peninsular and the United Kingdom I have an excuse for introducing an old English dessert but giving it a modern twist with these wonderful oranges.
Syllabub is an English dessert described by the Oxford English Dictionary as


"a drink or dish made of milk or cream, curdled by the admixture of wine, cider, or other acid, and often sweetened and flavoured."

As I understand it my modern interpretation of this definition is, that as long as my cream has been curdled in some way by the addition of acid, in this case Seville oranges, I can call it a syllabub.
Syllabub. The origins of the name are speculative, but it's so much fun to say out loud, isn't it? It Rolls around your tongue and then just pops right out. A multi-syllabic party in your mouth!  I am not sure whether to believe the story that this dessert was originally made by milking a cow directly into a bowl of sweetened wine, sherry or cider, as some early recipes suggest (you can trace the recipe back to the Tudors),I like the tale enough to at least mull it over.
There are two basic forms of Syllabub, one in which the sweetened wine/fruit juice is whipped into heavy cream in such a way as to remain consolidated, and one in which the liquid drains out of the mixture leaving the wine in the bottom of the glass and the thick cream on top. For this latter method, there were special Syllabub drinking vessels with a spout from which one could drink the liquid and use a spoon for the creamy froth on top.
Seville orange curd syllabub
This simple pudding or breakfast dish  makes for a much more relaxed and easy method of using Seville oranges than the 2 day process of making marmalade.
Makes 4 portions
200ml double cream
175g thick Greek yoghurt
175g Seville orange curd
Zest of 1 Seville orange
80-100g amaretti, roughly crushed
Whisk the cream gently into soft, rather than pointy, peaks. Fold in the yoghurt, then the orange curd. Gently mix in the amaretti and zest. Spoon into little bowls, or teacups, cover tightly with clingfilm. Refrigerate for at least 2 hours to firm up.
Serve well chilled with a glass of Oloroso sherry and a few extra amaretti on the side.

Put the sugar in a medium bowl and grate the orange zest into it.
Rub the zest into the sugar vigorously with your fingers.

Strain the orange juice into a medium sized pan
Add the eggs, extra egg yolk, butter and zested sugar mix.
Set a pan over a medium to low flame and cook, whisking constantly with a balloon whisk until the mixture begins to thicken. The temperature is crucial and you must not let the mixture boil.Be sure to keep whisking all over the pan especially around the edges.At the first sign of of a boil, remove from the heat and keep whisking. Pour into a sterilised jar and put in the fridge to set and chill.Pour immediately into warm, *sterilised jars and seal. Use within three or four weeks, and keep in the fridge once opened.
Email Post