Lost in translation or unfulfilled muffins 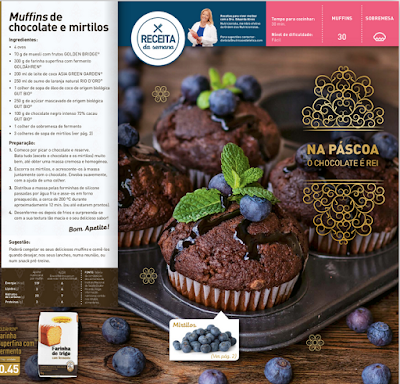 Lost in translation, NOT.Undelivered promise,YES. Its as bad as a government making promises they cant keep.Well the "best of British" to that one.But it seems the Germans can´t deliver either,The promise of a warm chocolate and blueberry muffin on my plate for breakfast was not to be.
A blueberry muffin is a simple pleasure. They have always been hugely popular in cafes, breakfast bars and recipe books across the globe, and making blueberry muffins at home is easy, as punnets of fresh blueberries are readily available in shops.As the supermarket titans continue to entice us, it is not uncommon to see blueberries included in super-saver deals. Because blueberries freeze so well, it’s worth stocking up when you come across these deals.
"Come Easter, chocolate is king",proclaimed the strapline on the recipe of the week in a recent Aldi promotions leaflet.Accompanied by some mouth watering photography of Chocolate muffins oozing deep purple juice and topped with fresh blueberries and sprigs of mint.
Blueberries and chocolate chips in one muffin? Yup. Why? Because it’s good. That’s why. Another reason why? Because I love both chocolate chip and blueberry muffins. So why make two separate muffins when you can just roll them into one? Perfect I thought.I purchased all the necessary ingredients cited in the recipe which came to a total of €14.28 to yield a promise of 30 delicious muffins.Having followed the recipe meticulously, no meddling here mother,it was not until I was at the stage of pouring the batter into the muffin moulds that I realised the recipe was not going to make the promised chocolate muffins.If one followed the recipe as I did one would end up with regular blueberry muffins with chocolate chips. 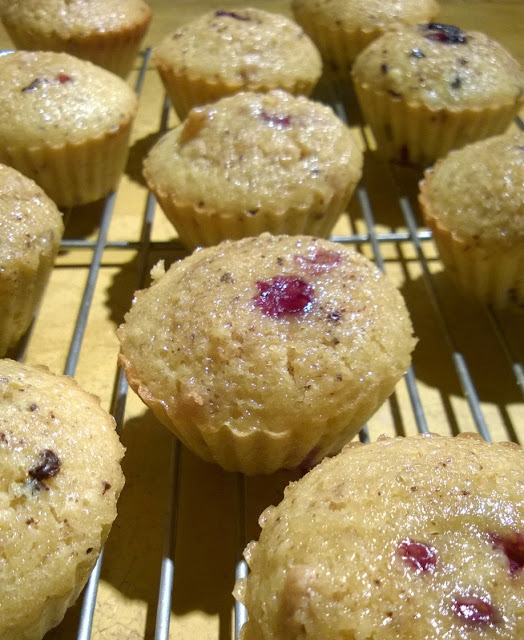 Following the instructions this is what the recipe above delivered 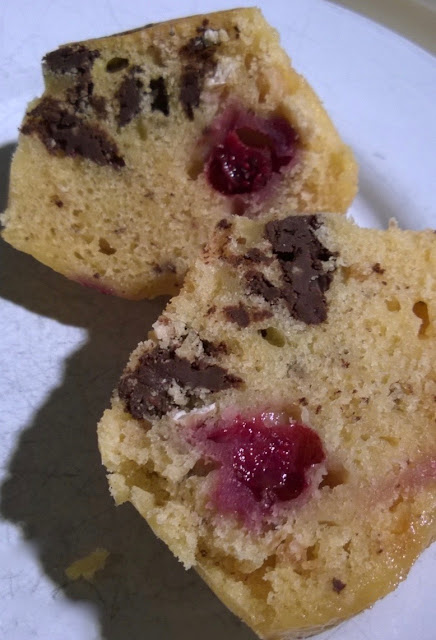 Never one for waste I re-made the muffins which incidentally only yielded 20 not  30 as cited on the recipe.I made a second batch and now added cocoa powder to my batter.This time they delivered chocolate muffins,an approximation of the picture in the recipe but not half as luscious. 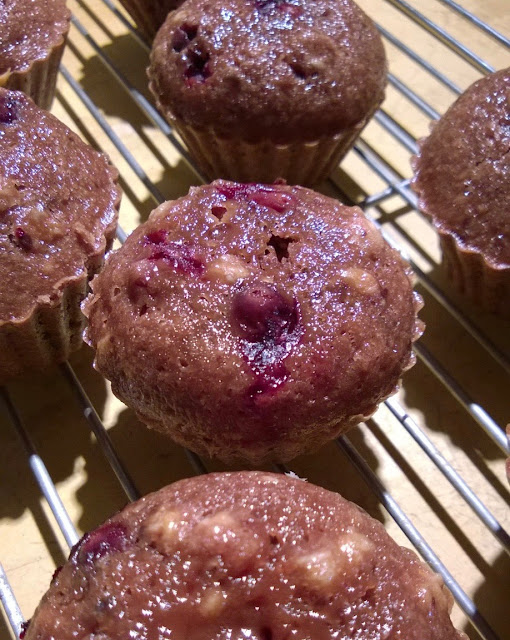 My re-interpretation of the recipe,still not right
Both batches fell way short of their aspirational image.Fresh out of the oven, the chocolate chips were melted. The sweet and tart fruit juice of the burst blueberries was soaked throughout the muffins. The muffins were not the best and certainly not worth the 70 cents unit cost.In the words of AlDi´s own mission statement "Quality should not come at a high price; rather, great quality should come with everyday low prices".I dont think so Herr Albrecht, you did not get my vote on this time round.

POSTSCRIPT
I contacted Aldi customer services to inform them of the fact that their published recipe did not work and included photographic evidence.They replied immediately claiming that all their recipes are the creations of their nutritionalist Dr.ª Eduarda Alves and that all her work is tested before publication.I replied suggesting that they had the recipe re-tested and that I was very disappointed in their lack of responsibility.I have received no further response from them.
Email Post