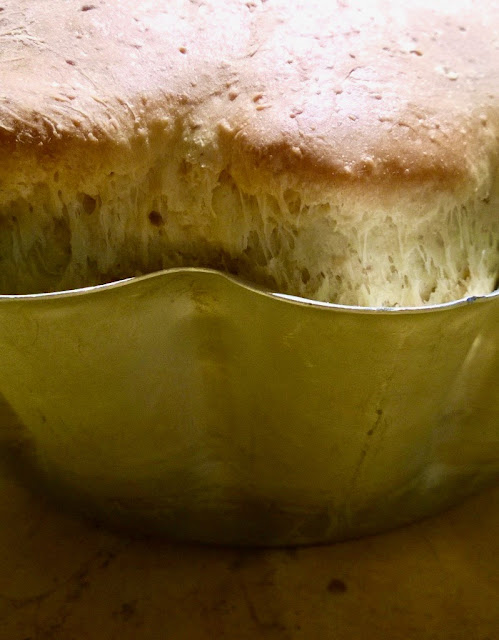 If there’s one bread you need this Easter, it’s brioche,
an earthy intrigue and an even more velvety texture.
My post natal reaction to past bread baking endeavours has been to yell "I am as mad as hell and I am not going to "bake" this anymore.Redolent of Howard Beale the news anchor man in the movie Network.It is always a bread making breakdown that triggers this rant. However I have now finally achieved redemption through anger in the form of brioche baking.I have always loved  brioche but did not realise just how easy it would be to make (once mastered!!!!), easy to tweak, and great for almost anything: on it's own, smeared with almost anything, toasted, as a substitute for  hamburger buns, grilled with cheese, toasted for bread pudding, or just left to dry out and get stale for croutons or crumb.It is a basic bread that includes egg, butter, and milk to give an even and smooth texture and flavour. The higher the egg/butter content, the fluffier and more pastry like. The pores in the bread are smaller and almost looks like the cross-section slice of cake. 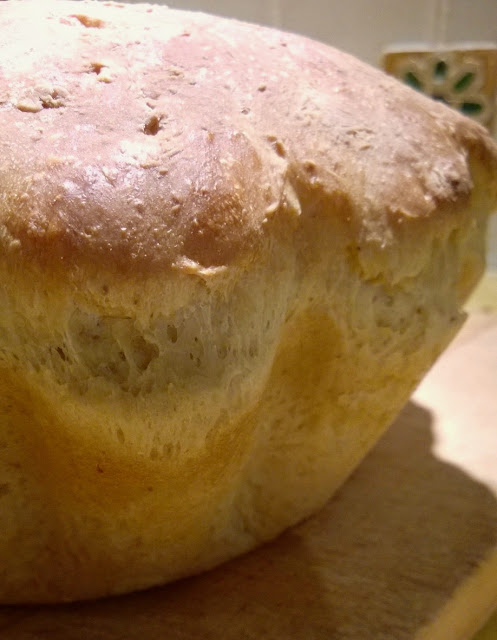 Well I have been playing Mad Baker-Scientist and introducing peanuts into the brioche equation.I have to say it did not get off to a good start with what appeared to be a bowl of brown soup.I soon realised the proportion of flour in the basic brioche recipe I was following had omitted a nought.25g of flour should have read 250g.Bring back subs I say,particularly where recipes are concerned.Are recipes not subjected to the test kitchen process these days? I can assure you all mine are before I post them.Back on track I achieved the very soft,elastic,very smooth and shiny dough I knew I should be striving for.But then what appeared to be a scientific phenomenom occurred. "Phenotype"came to mind.The term "phenotype" refers to the observable physical properties of an organism; these include the organism's appearance, development, and behaviour.At first I thought I had given birth to a mutant loaf,my dough had all the characteristics of a living thing.It rose and rose as it proved and the only way I could suppress it would be by puncturing it,like a sheep with colic. I quickly turned on the oven and put my brioche form in before it ran across the floor like an alien obsessed.30 minutes later I opened the oven door and was presented with the most delicious looking brioche loaf ever.It had a sophisticated,subtle background note with the peanut flavour coming through with a strong finish.Epiphany achieved, the alien predator was finally held at bay and warrant officer Ripley became enlightened and ready for a French breakfast.

Disclaimer /abdicar de direitos:One word of warning before starting to bake.The dough may seem a little on the liquid side and so gradually add more flour in stages until you have achieved a workable soft but elastic dough for kneading. 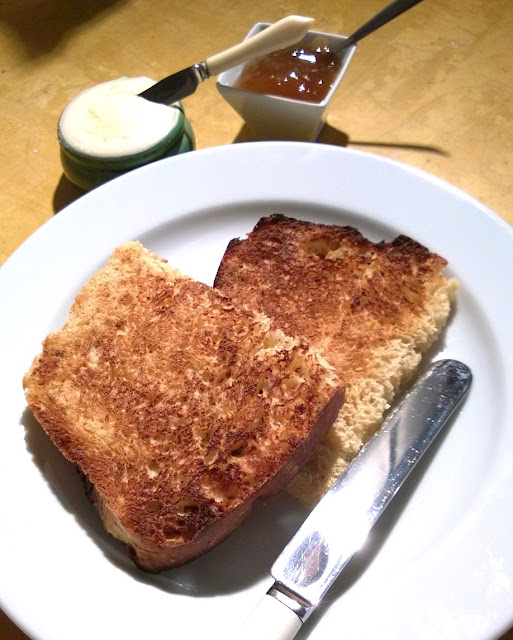 French breakfast ready and waiting
Peanut brioche
400g plain flour,plus more as required
20g fresh yeast
100ml milk heated to 33ªC
3 egg yolks
1 whole egg
20g sugar
10g flor de sal
100g butter, softened to room temperature
80g ground peanuts
Mix everything together in a bowl.Turn out onto a floured board and knead for about 6 minutes.Transfer the dough to a lightly oiled container covered with plastic wrap and allow a bulk fermentation time of 1 hour in a warm draft-free place.The dough should have doubled in size.If you have time place the dough in the refrigerator overnight.This makes the dough easier to work with and mould.Otherwise place the dough in an oiled 9" (22cm) brioche form and bake in a preheated oven 180c for 30 minutes.allow to cool in tin before removing.