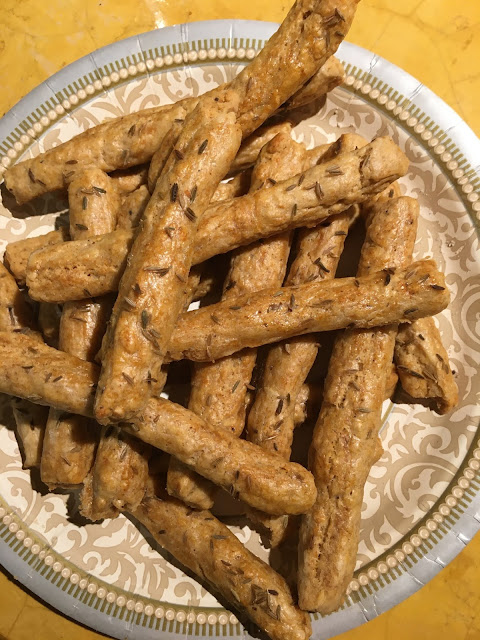 12 hours in and its already time for a Mary and a savoury snack.  Goodbye Twiglets. Hello Biglets. Twiglets are just that… twigs… and not very big ones either. I was looking for something bigger and better to see the tired old  year out and let the New year in, so what could be better than Twiglets the size of sticks? Titanic twiglets perhaps? loosely based on two Indian snacks sold in  the Irani cafes of Bombay. Cheese and masala sticks from the Paris bakery and and Khari from Kyani and company. My version is a mutation of the two, These buttery, cheesy  pastry treats are referred to as biscuits although they are truly not, certainly not now I have put my twist on them. Kharis, cheesy twists, call them what you like.The idea was brought to me by the recipes in Dishoom (more on that story later, Kirsty).I guess they are a sort of 2020 cheese straw plus. 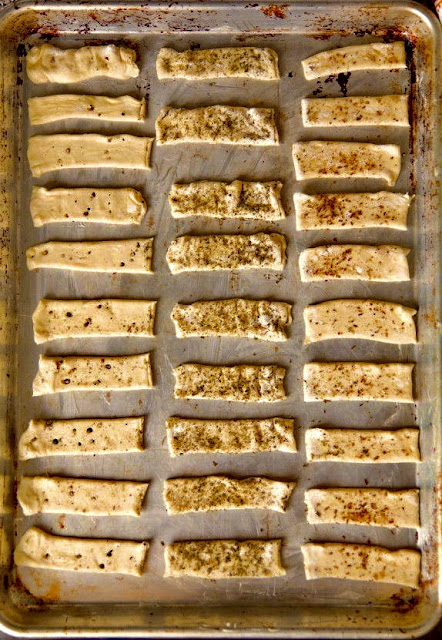 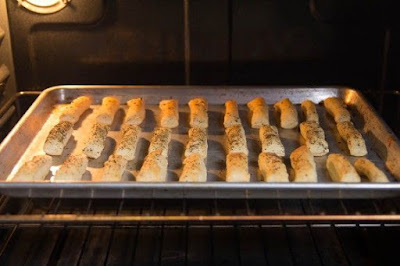 Sift the flour,salt,mustard and the 3 peppers into a bowl.Rub in the butter until finely blended.Add the cheese.
Mix to a stiff dough with the egg yolk ( retaining the white for later),milk and Worcestershire sauce,beaten together.
Draw together with your fingertips.
Turn out onto a floured surface.Knead lightly until smooth.Roll out thinly and cut into 24 sticks each measuring about 15 x 2.5cm (6 x 1inch)Roll the chunks between stretched out fingers to get the all-important knobbly texture.Transfer the sticks to a greased baking tray/s,Brush with lightly beaten egg white,then sprinkle with cumin seeds.Bake until the biscuits are golden brown and crisp,allowing about 10 minutes in an oven preheated to 400F/200C,Gas mark 6.
Remove from the oven and cool on wire racks.Store in an airtight container when cold until you are ready to serve.