When less is more, meat the "bit on the side" 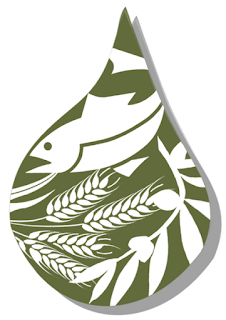 The Mediterranean diet is not an all or nothing eating pattern. We need to remember that it is a regimen that existed (and still exists) naturally in certain parts of the world. Meat is a celebratory food and was consumed mostly on special occasions. Since meat, especially red meat was scarce, it was often cooked with vegetables in order to “stretch” the meal to be able to feed more people. This practice of course has the added benefit of
consuming more vegetables than meat. The meat also imparts flavour to the vegetables. In order to reduce the intake of meat, you should treat it more as a side dish rather than the centerpiece of the meal. The actress Ann Miller was often known for playing the part of the other woman. In terms of the Mediterranean style of eating meat should be treated in the same way, "a bit on the side" or in politer terms, as an accompaniment. Historically, people in the Mediterranean ate only what their land produced—namely, lots of fruit and vegetables, especially wild greens, whole grains, and pulses. Because animals were expensive and required a lot of land to graze on, meat consumption in a traditional Mediterranean Diet was mostly limited to holidays, religious rituals and special occasions. Today, we are learning that this mostly plant-based diet, where meat is used as more of a garnish, has numerous health and environmental benefits. When those in the Mediterranean did consume meat, it typically consisted of smaller, pasture-raised animals such as chickens, rabbits, lambs, and goats. On the island of Crete, which is considered the heart of the Mediterranean Diet and lifestyle, you’ll still find livestock, for instance, goats and sheep, roaming the countryside and mountain tops, munching on a natural diet of herbs and berries. Animals raised this way, that is,"free-range" pasture-grazed/grass-fed, tend to be leaner (i.e., less total fat) and healthier (e.g., higher in omega-3 fats) because they are consuming a natural diet of herbs and wild plants. Learning from this we  can take a Mediterranean approach to meat consumption by adopting a “less is more” attitude. For example, swapping  a large meat and potato meal for a simple lean cut alongside  a cous cous salad. Whether you top a risotto with a few chippings of prosciutto (see main picture), stuﬀ vegetables with lentils and small amounts of ground lamb, or stir a handful of leftover chicken into a pasta dish or soup, it only takes a little bit of meat to have a big impact on flavour. Mediterraneans have also been much better at embracing nose-to-tail cooking. There’s nothing new or novel about nose-to-tail, but rather a return to a more traditional way of eating that pays respect to the whole animal—muscle, bones, cartilage, and organ meats. Embracing noise-to-tail cooking can be economical, good for the environment (i.e., less food waste) and have health benefits. For example, slow-simmered broths—made from bones—are full of nourishing minerals, and can be a great way to make use of a much underutilized ingredient. This philosophy of cooking can also be economical; you pay less for a whole chicken than if you were to buy all the pieces separately. And while on the subject of nose to tail, leaf to stem, I am going to shout something from the leektops. Speaking of the noble leek (more on that story later Kirsty, and if you don’t get that reference after all these years just ask me), mostly just the white and light green parts are eaten.The darker green parts however have plenty of flavour and can either be cooked longer to tenderize them, or used when making homemade soup stock. This is the funny thing about the green leektops. Recipes always say “use the white and pale green parts only,” and discard the rest.I often use the green part of the spring onion in recipes.I refuse to discard something that if treated with respect will give you an abundance of flavour. Don´t panic, you don´t have to become a vegetarian or vegan, though you might consider modest changes that reduce meat consumption. For instance, instead of meat as the main dish, try using smaller quantities of meat to enhance the flavour of a meal. For example, adding a bit of  pancetta or a ham hock to a big pot of beans is an inexpensive way to add meaty, umami ﬂavour and texture. Same goes for pasta, soups, stews, pizza, salads, etc.

Who could have thought a serious meat eater like me would have considered cooking vegetables with a crumble topping? Or perhaps a nut roast -I always thought of its density akin to a plywood block or reconstituted sawdust.
I don´t know why I thought crumbles have to be sweet. Less bother than a pie, vegetable crumble is a great way to use up what you have in the fridge, cupboard or freezer! You can change the filling with the seasons making green and summery fillings in the spring and summer and filling it with heartier root vegetables in the winter.
Though obvious, the easiest way to limit your meat intake is to simply eat less meat. Consider eating a vegetarian dinner once or twice a week or eliminating meat at breakfast and lunch and enjoying a small portion at dinner. Figure out what works for you and perhaps you may decide that eating less meat is not as challenging as you thought it would be. You may even find yourself craving more vegetables.Bring out the flexitarian in you?
Butternut squash crumble
Makes 8 portions
As regards how you portion this for cooking is entirely up to you.The quantities are easily changeable from a 4 pint/1.8 litre baking dish to smaller individual ramekins or for starter portions or make ahead portions to keep in the freezer.Just adjust quantities and cooking times accordingly.
1.5kg butternut squash,peeled and cut into 1/2 - 3/4 inch cubes.
3-4 large shallots thinly sliced
2 garlic cloves peeled and crushed
2oz(50g) bacon/pancetta chopped( vegetarians omit)
2 tablespoons coarsely chopped parsley
1 teaspoon dried sage
1 heaped teaspoon coriander seeds
2-3 dried red chillies crumbled
1/2 cup vegetable stock
Flor de sal and freshly ground black pepper

Pre-heat the oven to 180C / 350F. Butter a large baking dish or 8 ramekins.Bash the coriander seeds and chillies in a pestle and mortar. Sauté the shallots,garlic,bacon,if using. Add the cubes of squash and continue cooking until it begins to soften(about 15minutes) sprinkle over the crushed chilli and coriander.Add the herbs,stock and seasoning and continue cooking for another 5 minutes.Pour the mixture into your baking dish or ramekins.Cover tightly with foil and bake for 30 minutes.While this is cooking make your topping.In a medium bowl bring together the flour,ground almonds,sugar if using,thyme,Flor de sal and pepper.Add the pieces of butter and bring the mixture together with your fingers until you have a consistency that resembles bread crumbs.Stir in the flaked and sliced almonds. Remove the dish or ramekins from the oven,remove the foil covering and scatter the crumble over the top.Bake 45 minutes until golden brown.

*For those who are new here, please note that you can click here and check the previous post.