Phwoar gras!!! A return to prohibition and speakeasys perhaps? 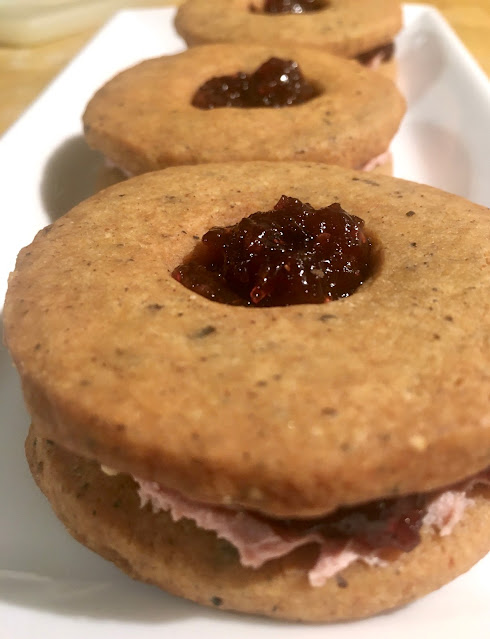 “Stop being a vegan and start enjoying what you eat.” Jamie Oliver

I may not  know how to spell it but I know only too well how to eat it.Foie gras is one of those ingredients that taste like luxury. For me it is up there with truffle and caviar and you feel like a million bucks when you take that first bite. It has been served in one form or another throughout history from the banquets of the pharaohs to the court of Louis XIV, and now the modern hipster vibe of  clamorous open kitchens and industrial interiors applying modern techniques to create this well-loved specialty. I can fully understand if people don’t like foie gras, or they don’t want to eat animals or animal products, that is fine. But people  should make sure they have a choice and  are not being manipulated.I am talking about history repeating itself again with yet another lobby that is trying to make itself heard. As usual its made up  of self righteous politicians and animal welfare activists.The likes of Zac Goldsmith, who condones the use of words like ‘sausage’ and ‘burger’ to describe foods that don’t even contain meat, are backing a ban on the import of foie gras from the EU.This is just another case of brexit (sorry itwould be an utter disgrace to give it a capital "B" ) sour grapes.Marie-Pierre Pé, director of the Comité Interprofessionnel des Palmipèdes à Foie Gras (CIFOG), which represents about 3,500 foie gras producers said “because foie gras is a gastronomic symbol of France", they are being picked on as an easy target, of course they are. Richard Corrigan, who runs several London restaurants, has said that a ban would take the UK into “nanny-state territory.”
Foie gras, i am sure you well know is made by force-feeding ducks or geese, a process known as gavage, where grain is poured into a funnel or tube that has been thrust down the bird’s neck. After two weeks, the liver has swollen to many times its normal size.

“People have to stop imaging a tube being inserted in their own throat, because a duck and goose’s throat is nothing like yours. For a start, the duck’s throat is elastic and at the base there is a pocket that allows them to stock food – called gésiers, which is like our stomach,”  Marie-Pierre Pé

We Foie gras gourmands enjoy the liver’s resulting buttery texture. Campaigners say the process is barbaric and painful for the birds, who experience great suffering.
The hypocrisy here is that while foie may be made illegal in the UK, in that same country the exponents of the ban are quite happy to see their compatriots face a future destiny of Chlorinated chicken*. Not to mention the danger of meat suppliers being flooded with “dangerous” nitrite impacted bacon and ham from the US. that increases the risk of bowel cancer. For a country that promotes freedom of trade, it is not only paradoxical but shows a lack of understanding of a particular production process as well as the problem of judgments based on anthropomorphic (attributing human characteristics to animals ) perceptions that the animal used in the production is suffering. Whose lives are they more concerned for, humans or animals, neither it seems. While the process of acquiring fattened livers has caused controversy in the past, producers and farmers have developed more humane ways of bringing foie gras to your plate. Now you don’t have to feel guilty about indulging in the foie.
Throughout the course of history prohibitions have constituted taboos. Many food taboos and other prohibitions forbid the meat of a particular animal, including mammals, rodents, reptiles, amphibians, fish, molluscs, crustaceans and insects, which may relate to a disgust response being more often associated with meats than plant-based foods.
Take for example the original Portuguese Alheira Sausage. It was invented by the Jews of Portugal, who were forced to convert to Christianity, as a way to deceive the Inquisition. Since their religion didn't allow them to eat pork, they were easily identifiable by the fact that they didn't hang sausages in their smokehouses (fumeiros in Portuguese). As a cover, they replaced pork with a large variety of other meats, such as poultry and game, which would then be mixed with bread for texture. This recipe would later spread amongst Christians, who added the ever-present pork to it. Alheiras are among the lightest members of the sausage family because they are traditionally made from lighter meats, such as poultry or game and plenty of seasoning, including a heck of a load of garlic.
Now here comes the interesting part, hold tight! Will we see the indugence of consuming Foie gras and other delicacies go underground? Speakeasy, the impact of Prohibition drastically changed dining and entertaining experiences in the 1920s*. Without alcohol being served in restaurants or at private parties, the food landscape had to adap. Will post brexit restaurants restaurants have to take similar measures to keep their customers happy? I have decided to set the ball rolling here with a trip down nostalgia lane to find the perfect way to create a speakeasy treat, the Jammie Dodger.
It's modern name, corrupted from the Old French 'Jamais de guerre' has become whimsically divorced from it's more sombre origins, though it has stood the test of some considerable time. I decided to revive it and use it as a coveyance for illicit foie gras. Well it may well come to that, contraband under the floorboards, heave ho me hearties.
Jammie Dodgers, are simple in concept, a sandwich of 'jam' and two shortcake biscuits with a  hole( originally heart shaped )in the upper biscuit to reveal the jam. Over the years the biscuit itself has undergone some changes.
The Jam was credited as raspberry flavour but was in fact made from plums and assorted chemicals, presumably because actual raspberry jam wasn't up to the biscuit engineering task of adhering the two biscuits together. This also makes attempts to part both biscuits somewhat futile, due to the adhesive jam, so my secret stache will never be discovered.This cunning Queen of hearts has been baking some tarts that hopefully will never be consigned to the biscuit tins of history. 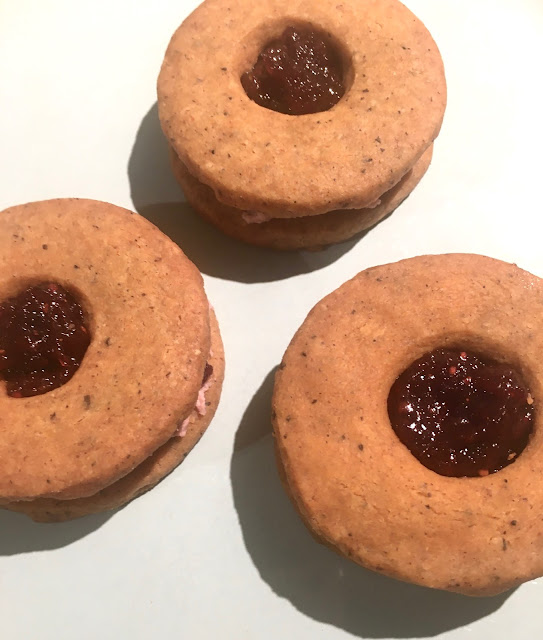 Easy homemade cranberry jam recipe can be ready in less than 15 minutes. Made with 1 cup of cranberries and a few simple ingredients.

FOR THE DODGERS
100 grams soft butter
100 grams self-rising flour
50 grams strong cheese, grated (I use 25/25 Parmesan and mature cheddar)
1 pinch cayenne pepper
1 tsp freshly cracked black pepper
pinch cayenne pepper
Flor de sal to serve
Preheat the oven to 350° F (180° C). Whizz all the ingredients together in a food processor, or rub them together with your fingers, wrap in cling film, and put in the fridge for 20 minutes to firm up (this makes cutting it easier).
Roll half the chilled dough out on a lightly floured surface to a 3mm thickness. Use a 6cm round cutter to stamp out 16 circles, re-rolling the dough as necessary. Place on a baking sheet. Repeat with the remaining dough but use a 3cm round cutter ( to stamp out the centres from each circle. Place baking sheet in the fridge for 30 minutes.Bake the biscuits for 12-15 minutes, or until crisp and pale golden on top. Leave on the baking sheets for 5 minutes then transfer to a wire rack to cool and crispen.
FOR THE JAM
1 cup dried cranberries rehydrated
3 tablespoons sugar
¼ cup water
4 tablespoons orange juice
¼ teaspoon orange zest
⅛ teaspoon ground cinnamon
Place all of the ingredients in a medium saucepan and bring to a boil over medium heat, stirring occasionally to dissolve the sugar.
Reduce heat to a simmer; stirring occasionally, continue cooking until the cranberries are tender and pop open, about 10 minutes.
Remove from heat and cool before transferring to a jar or bowl.
TO ASSEMBLE
Spread a generous teaspoon of foie gras evenly over the eight whole biscuits.Carefully place the eight biscuits with cut out holes on top to make a sandwich and fill the hole with cranberry jam.

*Pineapple upside-down cake was also invented in the 1920s, so any self-respecting Prohibition party would have featured one.Thankfully, Prohibition was abolished, and once again cakes could be soaked in dark rum. So throw some Bessie Smith on the CD player, pass the flask and dig into some forbidden foie gars.Buddy can you spare a dime!

*The practice of washing poultry meat with chlorine is common in the US but banned in the UK. The government has said it will not allow the import of chlorinated chicken and hormone-treated beef under a transatlantic trade deal, but has refused to sign those pledges into law.
Email Post