As the festive season beckons like a glittering prize, the invitations have been sent sent out and accepted with glee.Turn up the music and revel in the party spirit. Drink champagne,eat with relish and bring joy to the world.Most of all, enjoy the fruits of all your weeks of preparation.It would be a shame to be unduly insular in your Christmas celebrations, that  doesn´t mean you have to abandon family tradition. Instead, tap into the increasingly eclectic, international character of modern culture by picking and mixing seasonal treats from all over Europe and beyond.
Casa Rosada is ready and this Christmas we are  "doing the continental."
Breakfast, Classic American - Eggs Benedict 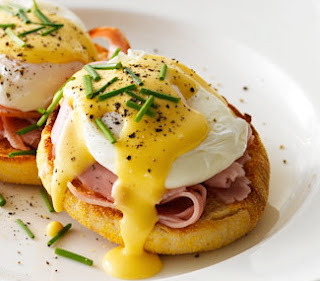 In the "Talk of the Town" column of The New Yorker in 1942,Lemuel Benedict,a retired Wall Street stock broker,claimed that he had wandered into the Waldorf  in 1894 to find a cure for his morning hangover,ordered "buttered toast poached eggs,crisp bacon, and a hooker of hollandaise. "OscarTschirky, famed maître d´hotel, was so impressed with the dish that he put it on the breakfast and brunch menus but substituted ham for the bacon and a toasted English muffin for the toast.For Casa Rosada  Iberican jamon and muffin salgados. 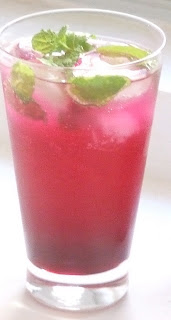 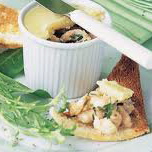 Main course
I´m normally a stuffing and potatoes chappy, but this year we will be giving a beautiful cut of traditionally reared Portuguese belly pork the Italian treatment, along with some modern takes on Yule Britannia side orders.The pork is rolled and stuffed so no worries about the stuffing, and of course roast potatoes will be part of the accompaniments. 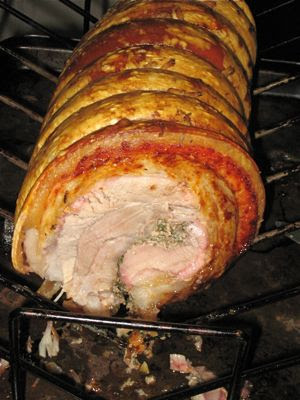 porchétta [por'ketta] n. roasted pork with crispy skin, highly seasoned with aromatic herbs and spices, garlic, sage, rosemary and wild fennel seeds. Typical plate of the Roman cuisine. Slow cooked.Celebratory dish.
Porchetta is a traditional street food of Central Italy. Sold from a cart or a truck, it is a whole roast pig boned out and stuffed a with  mixed with herbs then slow roasted in a wood oven. It is sliced to order and served in a sandwich as a quick treat at the market or at a fair.

5kg/11lb piece of pork belly- ask the butcher to remove the ribs and trim off the excess fat 25g/1oz coarse salt
2 tbsp fresh thyme leaves
2 tbsp fresh rosemary, roughly chopped
large bunch fresh sage leaves, roughly chopped
1 tbsp fennel seeds (if you are lucky enough to find wild fennel, use it
instead, finely chopped - its flavour is unique)
8 garlic cloves, finely chopped
2 tbsp olive oil
6 tbsp runny honey
freshly ground black pepper
Preheat the oven to 230C/445F/Gas 8. Lay the pork belly skin-side down onto a clean flat surface.Sprinkle the salt and coarsely ground black pepper over it, rubbing them well into the meat with your finger.Leave to rest for ten minutes so the salt and pepper settle well into the meat. Then sprinkle the herbs, fennel seeds and garlic evenly over it.Next tie up the meat. You will need ten pieces of string, each about 30cm/12 inches long. Carefully roll the meat up width-ways and tie it very tightly with string in the middle of the joint. Then tie at either end about 1cm/½ inch from the edge and keep tying along the joint until you have used up all the string. The filling should be well wrapped, if any excess filling escapes from the sides, push it in.With your hands, massage one tablespoon of the olive oil all over the joint. Then rub the remaining salt and some more black pepper over it.Grease a large roasting tin with the remaining olive oil and place the pork in it.Roast for ten minutes, then turn it over. After 15 minutes, reduce the oven temperature to 150C/300F/Gas 2 and cover the meat with aluminium foil. (If you like the crackling very crisp, don't bother with the foil, but remember that the porchetta needs to be sliced thinly and crispy crackling will make this difficult.)Roast for three hours.Remove the joint from the oven and coat with honey, drizzling some of the juices from the roasting tin all over it too. Insert a fork in either side of the joint and lift it on to a wooden board. If you are serving the porchetta immediately, place the roasting tin on the hob and stir with a wooden spoon, scraping up all the caramelised bits from the base of the tin, until the juices from the meat reduce and thicken slightly. Slice the joint thinly and serve with the sauce. Alternatively, leave the meat to cool and slice when needed. It will keep for up to a week in the fridge. 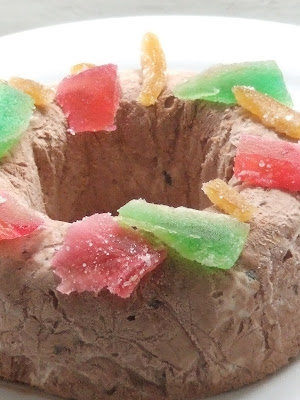 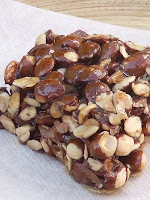 Back to Portugal for
Dessert
Bolo rei gelado
and to curl up on the Spanish sofa with....
Home made
Turron