A festive Compote for Christmas 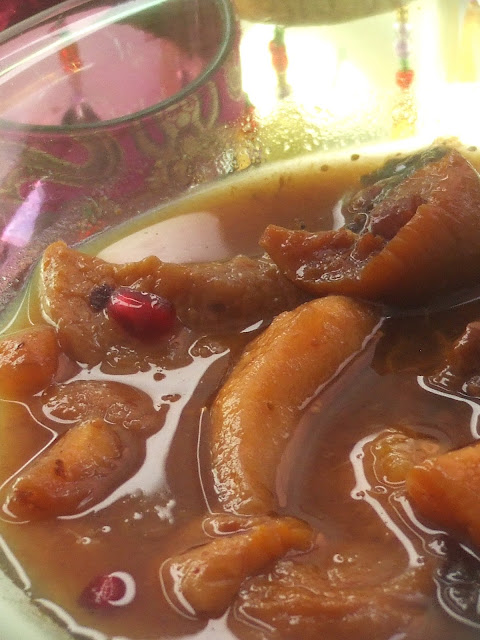 Festivus is a secular holiday celebrated on December 23 as an alternative to Christmas and as a way to commemorate the season without having to be party to all its pressures and commercialism.Festivus became part of worldwide popular culture after being featured on an episode of the American TV show Seinfeld in 1997.What better way to endorse this than soak up a lighter more palatable pudding than that sad old mould of over compressed cooked dried fruit glute.
In the olden days the summer bounty was either dried or preserved in sugar and used only on special occasions.So what better use for it than in  a fruit compote. This is a very light and agreeable compote and goes well with all of the turrones (nougats) and other Moorish Christmas treats. It is not too sweet, but definitely has all the alcohol.Many turn their nose up at Christmas pudding, but here I have included plenty of the ingredients that make it up, but cooked yhem in a much healthier way making it far more appealing.

Preheat your oven to 130ºC. Place the orange segments and any juice in a casserole large enough to take all the ingredients. add the dried fruit in layers, finishing with the apricots.
Pour in the water and licore and and sprinkle the sugar over the top. Cover and cook in the preheated oven for 1 hour. Add a little extra water if necessary. Allow to cool and then store in the refrigerator.Top with skinned segments of clemantine satsuma or mandarin and pomegranate seeds

As Nigella would say "its fabulously festive"
Email Post