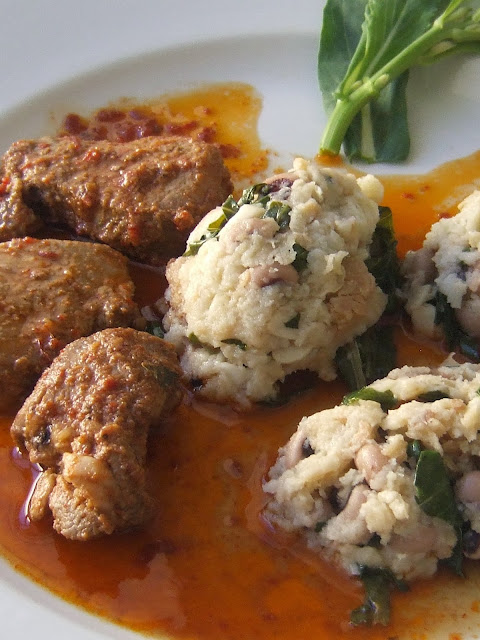 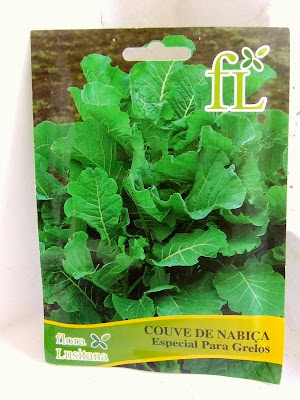 One of the joyous things about blogging is that there are bloggers out there whose blogs you faithfully follow but know very little about the author. It is with these people that you share an inexplicable je ne sais quoi,that something in common, a mutual bond shall we say. One of these particular bloggers, Elvira, I do not know, yet I love what she expresses on her blog and the always trusted recipes she shares with us. She lives on the island of Terceira in the Açores, but she was brought up on mainland Portugal,in the north of the Ribatejo.
Her recipes always have a homely rustic quality about them that I love.They are such a joy to recreate too with very straightforward instructions that always work. I have over the last three years made many of her recipes and never been disappointed.What I love even more is that it is more than just following a recipe ,it is at the same time giving me an insight and expanding my knowledge of another regions cuisine.
The province of Ribatejo is situated right in the middle of mainland Portugal.With no coastline or border with Spain,the region is crossed by the Tagus River.It is also home to one of the most beautiful breeds of horse in the world,the famous Lusitano
It borders with Estremadura in the west and south, Beira Litoral in the north, Beira Baixa in the north east, and Alentejo in the east and south.So it is easy to see how there're so many overlaps of culture in its gastronomy.
Ribatejo’s rich gastronomy includes traditional regional dishes such as Sopa da Pedra ( Stone Soup), stews, roasted or fried goat, broad beans with chouriço, eggs in tomato sauce.
The province has a great variety of produce, which is well known for its quality and quantity. This includes corn, grapes, wine, potatoes, carrots, turnips, onions, garlic, cabbage, turnip greens, rice, wheat, tomato, runner beans, broad beans, sugar beet, melon, figs, oranges, olives and olive oil, to name but a few.When I popped in to her blog for a recent peek the  recipe I found introduced me to one of these crops, Grelos (turnip greens) Grelos are the same vegetable as the Italians know as raab, cime di rapa, rapini, etc. Ideally they are harvested when the plants have shot up and formed a tight flower cluster that looks like a miniature broccoli head.Her pedigree recipe combines the grelos with migas another very typical dish of the Ribatejo. 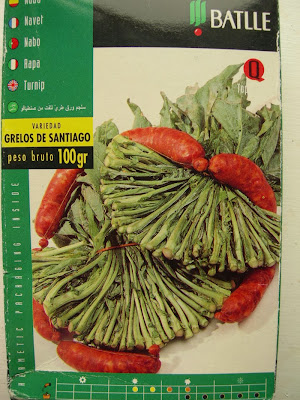 In the past migas would have been served up as peasant food as a means of nourishment for those whose means could not afford meat. Nowadays the dish is making appearances in some of the smartest and refined restaurants across the country, even across the globe. People of all social classes have now adopted the dish and made it fashionable as something snazzy to accompany all kinds of meat and fish dishes.I personally really loved this extremely tasty rustic speciality.So much so,it has even made me go out and buy a packet of seeds so I can grow my own Grelos.I was not however lucky enough to have found a seed packet with a recipe attached to it like this one I found on the internet.I've never seen a serving suggestion on a seed packet before but here's grelos or turnip tops with chorizo. One for later maybe?


Pork tenderloin,turnip greens migas
and black eyed beans (English translation)
This particular dish which Elvira posted is nothing special, just good homely Portuguese peasant fare.Each tenderloin very simply cooked in Massa de pimentao again a very traditional recipe from Elvira´s homeland.
Accompanied by a few stale old crumbs that are a compromise between the delicious food of the Ribatejo and the neighboring Alentejo. A dish that is good for the soul.
serves 4 people

NOTE
For quick cooked greens, it is extremely important to select greens with young, tender leaves.   If you start with huge, mature turnip greens, collards, or the thicker varieties of kale, they will need to cook longer. Luckily  small bunches of young, tender green are now increasingly available in our local markets.
Email Post