When is a cookbook not a cookbook? When its "In Bocca" 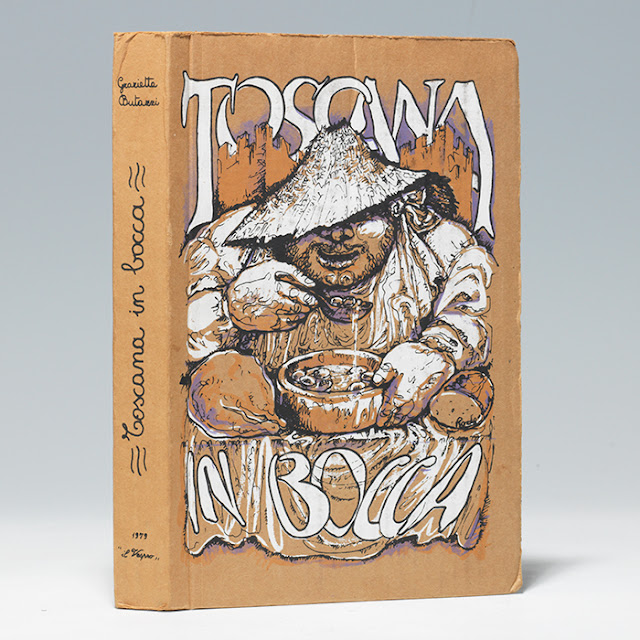 The majority of the cookbooks in my collection have seen better days. The jackets are creased and bent out of shape, sticky notes jut out at odd angles, and particular pages are stained and splattered from regular stove-side reference. Long ago in days of yore when one could browse in bookshops with free conscience, as a rule, I wouldn´t like to take a cookbook home unless I knew I was going to actually use it—they’re big and often a little pricey as a genre, so I do some snooping through the chapters first to know I’m going to get some bang (and more than a few meals) for my buck. Nowadays I’m not immune to the charms of a book that has other stuff going for it aside from the recipes: travelogue, beautiful photography,(  a rare supposition ), or even bonkers impossible-to-replicate techniques( As if a Ferran Adria recipe for a black sesame sponge cake involving a  conical iSi Whip siphon and dyson airblade was ever going to be of any help to us domestic goddesses ). These tomes can be just as persuasive as a dish I know I’ll make again and again. A portion of my shelf remains relatively smudge-free by being reserved for the type of cookbook I don’t use to cook at all, but rather just to look at—those better suited for the coffee table rather than the heat of the kitchen. Heston Blumenthal´s Fat Duck cookbook is a marvel of wonders, innovative graphic design and a whole array of almost unheard of techniques and ingredients. There is one book on those shelves that emanates a distinctive aura, and gave me the shock of my life recently.
This is in the category of one of those non-cookbook, food-related, musey, often first-person books that spend time on my bedside table instead of the kitchen, but that occasionally have a good recipe or two sprinkled in.
I thought when I bought this book in Tuscany in the summer of 1979  that I would not be using it as a source of recipes, funnily enough I have. 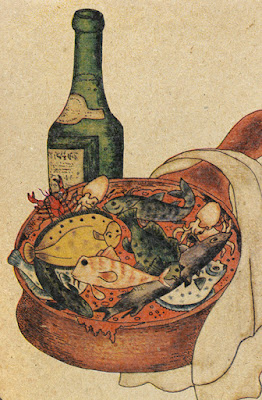 This wonderful cookbook is from Il Vespro's "In Bocca" series from the 1970s, printed on heavy brown paper, and richly illustrated in colour. Each volume from this charming series covered the cuisine of a different region of Italy, and each volume was bound in the series' characteristic corrugated cardboard with cover illustration by Rodo. Preface by Tino Buazzelli. Text in Italian, with English translations for the recipes. First published in 1977.T he corners are gently bumped, as would be expected from any volume in the series given the nature of its soft binding, but in fine condition.The price printed inside the back of the book is 8,000 lires which in 1979 was equivalent to 4.12 euros .A volume such has mine has recently been selling in auction rooms for between 350 and 500 euros .Anyone lucky enough to own the complete set, it is valued at around €10,0000 euros.
Described by the publisher, "The Italy "In Bocca" cookbook series was published after 1976 by Il Vespro. It is a rare, cardboard bound series of 20 regional Italian cookbooks that are unlike any other, with ancient regional dishes, local artwork and woodcarvings, and even poetry and sonnets. These cookbooks are truly unique and beautiful, and represent Italy and all it's complex beauty perfectly. These books were made using this type of paper, for two good reasons. To be coherently and fully in the spirit of the popular and culinary argument and to carry out and make our readers perform an ecological act: saving the trees (Amici del Pioppio: for every 1000 kg of normal paper, a poplar must be cut down; this rustic paper does not needs the cellulose of wood)".

As a footnote: These are some of my favourite cookbooks for reasons other than recipes. This isn’t to say that you can’t cook from any of the books on this list, just that something else was what caught our eye and held it: the visuals, vibe, annotations, illustrations, the next-level techniques they describe, and in some cases, the book’s total disregard for the person at home thinking about making dinner. Practicality? Not today. And with aesthetics like these, we don’t miss it at all.

Toast: The Story of a Boy's Hunger  Nigel slater

Off The Shelf: Cooking From the Pantry    Donna Hay

Honey from a weed    Patience Gray

The debt to pleasure    John lanchester

A pedant in the Kitchen     Julian Barnes