The cook the cooker,the chef and the gendering of the kitchen 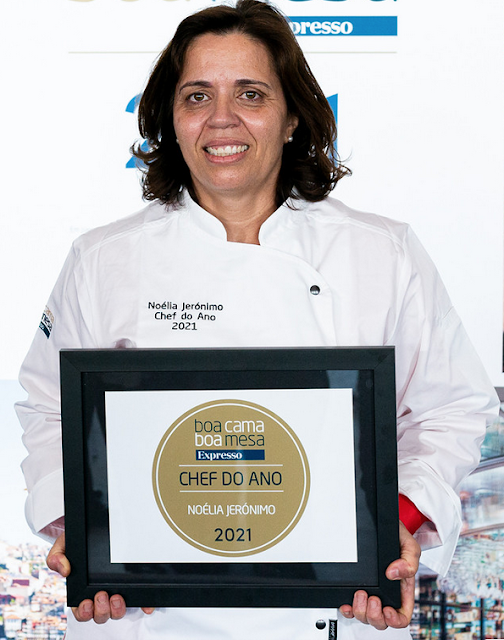 If we were to play a game of word association, what would spring to mind when I said "chef"? Driven? Egotistical? Aggressive? All of the above? Either way, I'd venture to guess that masculine or macho will make an appearance on that list long before female or feminine. The word "cook", on the other hand, is likely to throw up different results. While traditionally women have been the ones charged with preparing food within the home, the professional kitchen has long been a male-dominated space.
A successful chef must possess several attributes - a well-honed palate, an artistic mind, a certain dexterity with a knife - but, first and foremost, they need to be devoted to their job. The hours are long, the pay (until you reach the upper echelons) doesn't reflect this and the pressure is relentless. In a high-end restaurant, perfection is a must - every dish, every day.
We all have a fixed idea of how something should taste, probably it is safe to say that some probably have a better idea than you yourself. We have great expectations. As a chef we have a responsibilty, as male or female, to those who eat our food. Its right down to seasoning and the selection of ingredients. If you get it right it is  rewarding, and to get a response is encouraging, but so often our skills go unnoticed.
When Clare Smyth was appointed the head chef at Restaurant Gordon Ramsay in 2007, she became the first woman in the UK to run a three-Michelin-star kitchen. She had a supreme talent, poised ,calm and steely determination, qualities that must have made Ramsay´s choice that much easier. She now has her own restaurant, Core in Kensington Park Road, Notting Hill, West London.
Historically, kitchens have not attracted as many women as men due to the long working hours and manual labour involved, but hopefully things are changing. So what does it take to succeed as a female chef, the answer in my mind is absolutely clear that it's exactly the same as for the men: "Dedication, passion and hard work."
In a time where there still seems to be injustice for women, in Portugal it seems to be that the hospitality industry is an entirely artificial domain where women are not represented properly. It has been customary in Portugal for women to bear the brunt of the work in the kitchen, peeling potatoes and other menial tasks, whilst the glory and credit  goes to the man behind the grill and his counterparts front of house. t is becoming more obvious nowadays to see women working front of house, but the creative merits of the menu continue to fall on male heads. There is one pioneer here, her name, Noelia Jeronimo. Her Portuguese kitchen in Cabanas, East Algarve, where her truly brilliant cuisine is perfected every day is truly unique.It is the kitchen of one person, one creative head, one pair of hands. If asked the question, of men or women who cook the best, the answer would probably be that it doesn´t matter. Noélia's example is so refreshing. As I write ,in a year strongly marked for the catering and hospitality sectors by the impacts of the pandemic, this pioneer for empowering women in the kitchen has been nominated chef of the year by Guia Boa Cama Boa Mesa. Not her first I have to say. in 2018 she was distinguished with the Boa Cama Boa Mesa silver fork. 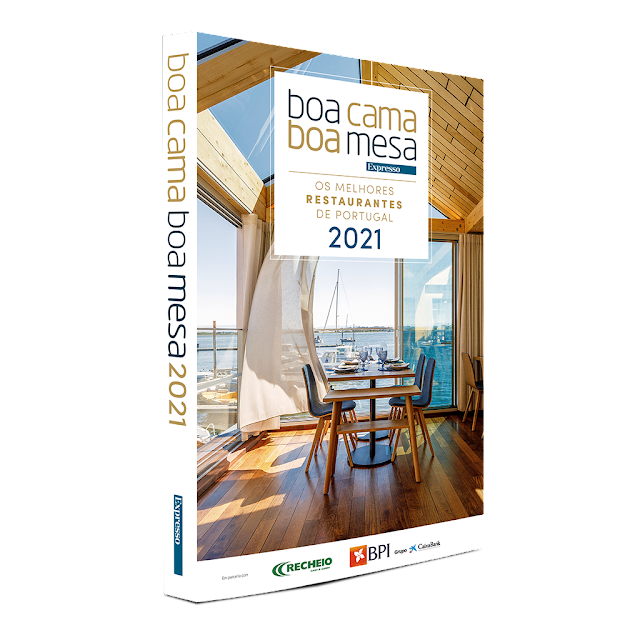 When, on March 3, the prizes for the 2020 edition of the Boa Cama Boa Mesa guide were handed out, awarded hotels and restaurants were far from knowing that, just over a week later, they would be closing doors, inaugurating what was one of the darker periods for restaurants and hotels.Noelia herself had in the first lockdown been kept away from her kitchen and the covid-19 hospitalized her for a few weeks.Even in lockdown,with doors closed she kept the flame burning,cooking for doctors,nurses and front line workers fighting the pandemic.She also cooked for those in the community
without access to meals,distributing her tell tale smile even behind the surgical mask.
Almost a year and a half later, the awards ceremony for the Boa Cama Boa Mesa 2021 Guide, took place this week in  Lisbon, once again highlighting the best of the hospitality industry in Portugal.
Here is a woman who, like myself, has not learned from anyone but has learned from everyone. Self-taught, and risen above and beyond all that Michelin star nonsense. She has no professional qualifications. She invented herself. This phenomenal Portuguese cook - with a big "C"  rolled up her sleeves for the first time in a pastry shop, at the age of 14, and soon surprised customers with new products that were taking shape due to her extraordinary energy, skill and great desire to experiment.On every occasion we go to Cabanas to eat at Noélia´s I delight in the cuisine of a person who is one hundred percent herself. This person is a great "cook" because she has genius: she expresses herself through what she cooks and, embracing the rawness of the seafood and fish of her region. We have not had the chance to taste Noélia's cuisine in over a year now and this must be rectified.It is like Noélia´s menu each day has come to her in a dream. Its almost as if she wakes up every day with a different idea .With every visit she puts something new and clever on your plate. The recipes she has developed taste as if they have been drawn from years of experience and tradition but presented in her own modern way. Her Algarvian tradition is what she knows and what she does best. The flavours that come out of what she cooks show a huge respect for her ingredients. Meat and fish dishes are balanced by the freshness of the complex salad that she surrounds them with. These are revelations from an Algarvian past, but the way she presents it in the present is near future perfect. Noélia just gets better every time we return. Each of her creations has advanced, making the dishes even more complete.This is innovation at its best, and each of her innovations extend to all elements of a dish. Take, for example, toast, made from exquisite locally baked bread in Corte António Martins. Something as simple as toast is fluffy and spread with butter, in the true tradition of the stews and seafood it accompanies. 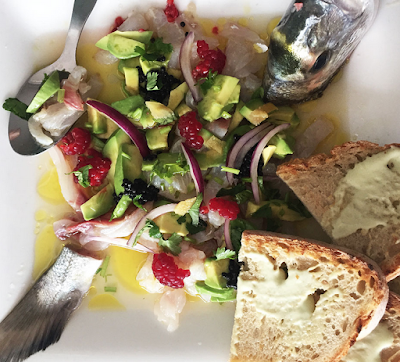 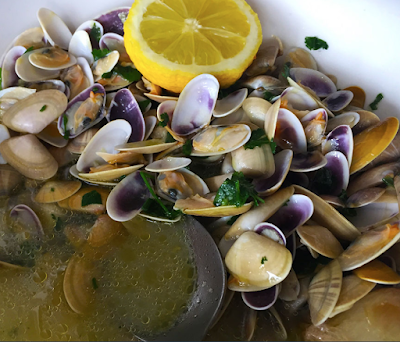 Served with some absolutely perfect Bulhão Pato clams the toasts shine through. Restaurant Noelia is like a cosmopolitan metropolis of adoring fans. The sardine fillets from the Algarve are sumptuously cooked, a token gesture to the every day culture of the Algarvian summer? She knows how to unfold a fillet like no one else. Noélia is so  close to the traditional recipes of the Algarve, some of which which are increasingly rare and abandoned. Among my favourites Favas Algarvia (broad beans cooked like no other ) Raia alhada ( skate with garlic), a dish so local but given exactly the attention it deserves by a local hero, one who knows. She has no fear of adopting Japanese, Andalusian and Scandinavian influences to put a spin on imaginative plates. This is a fresh and umami cuisine, bold and intelligent, sensual and light. It is, above all, unique. It is the kitchen of one person, one head, one pair of hands. It's Noélia's kitchen. We can give thanks to God for our life in Portugal. But sometimes I would prefer to give thanks to Noélia.I would also like to thank her for trusting in my recipe with an Algarvian twist for salt caramel brownies. Practically all the great Portuguese chefs have been there, surrendering to and wallowing in  the mastery of this Algarve force, for many bowed down to as the authentic ambassador of Mediterranean Portuguese Gastronomy. Here is a genuine and passionate cook, a professor at the Time Out Academy and the face of the Portuguese Food and Wine Festival. Noélia also received in 2020 the Merit award in the “Gastronomy” category, from the Association of Women Entrepreneurs Europe / Africa. I share her belief that the secret to all this  “lies in the simple things”, in the use of seasonal products and in the freshness of the ingredients. Here is a rare vocation,  a creativity so personal but oh so Portuguese. Parabens Noelia!!!!