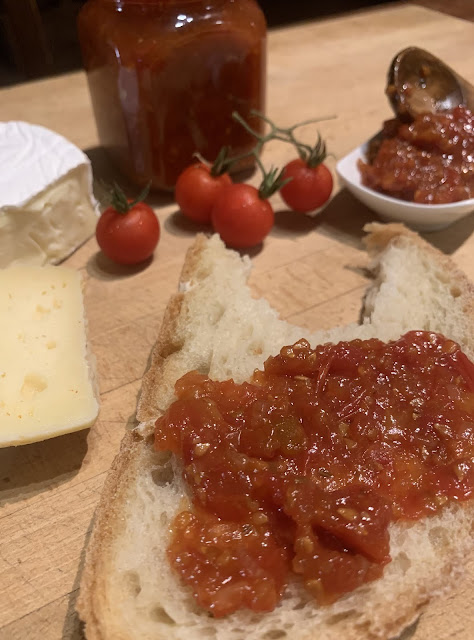 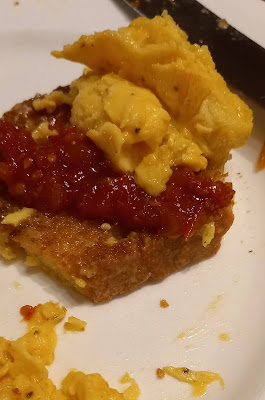 I have to admit to something. I’d never heard of tomato jam until I moved to Portugal. So for the first 50 years of my life, I was deprived of tomato jam. Now I’m catching up because having discovered this tasty condiment, I want to make more. This jam is made in most Portuguese households whenever there is a glut of tomatoes. It is a great way to transform summer tomatoes into something a little unusual. The tomatoes make a dense, thick jam with a rich dark red colour. The flavour is definitely `different´ to that of any other jam. It’s rich and complex, not your average tomato jam. The ginger and cumin spice it up ,making the difference between an average jam and a memorable jam.Tomato Jam is made from cooking tomatoes and spices until the tomatoes have formed a thick paste. Tomatoes have a lot of pectin of their own so it doesn’t require as much sugar as traditional jams. Tomatoes are chopped and slowly simmered on the cooker with spices, as you would any jam. Most recipes recommend using plum or Roma tomatoes, others suggested “on the vine” tomatoes. I mixed some beefy Rosa tomatoes with vine cherry tomatoes.To be honest I think any variety would suffice depending on what your glut consists of. I have also amped up the spice ratio from the traditional Portuguese original. Tomato Jam is a little different than most fruit preserves, as it will need to be eaten in about 2 weeks. Since in theory it’s not truly being preserved, it doesn’t have a long shelf life. You’ll need to store it in an air-tight container in the refrigerator, and I would not not recommend freezing it.
It’s more of a savoury jam. Since tomatoes are high in pectin it doesn’t require a lot of sugar. It’s less sweet and more of a savoury spread, which is why it’s delicious with sheep or goat cheese. on sandwiches, eggs, and toast. 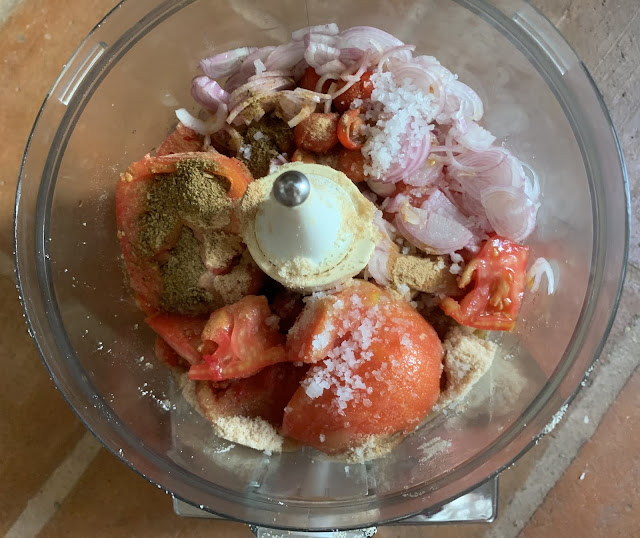