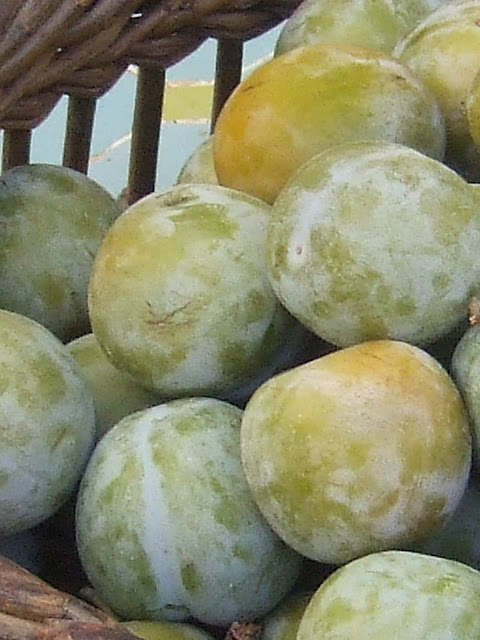 ´Twas the night before Christmas
"The children were nestled all snug in their beds,
While visions of sugar-plums danced in their heads;"
Like magic, the Sugar Plum Fairy came dancing into a fairyland with marvels of sweets.Yes, Tchaikovsky´s The Nutcracker ballet, a Christmas favourite. My favourite Nutcracker is Matthew Bourne´s, whose fairy wickedly defies the tinsel and good taste of convention.Daffy marshmallow girls prance around  a wonderland where sweets and sugar are a none-too-subtle metaphor for sexual awakening.  "I´m in the mood for dancin´ romancin´","My head is in a spin my feet don´t touch the ground ".I´m ready to tell you about some serious seasonal confection - preserved plums from Portugal.
Long famous for its national sweet tooth, Portugal has been preserving plums, apricots, figs and peaches since the days of Henry the Navigator. First introduced to England by Port wine shippers who "discovered " these wonderful fruits, the Sugar Plum was soon established as a Christmas favourite in England. A ‘sugarplum’ in the truest sense of the name. 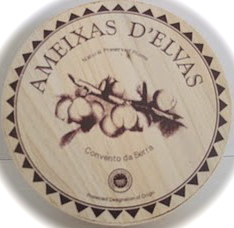 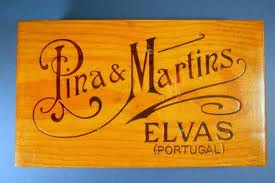 My mother´s seasonal treat was always a beautiful wooden box holding eight of these preserved sugar greengages. The lid of the box was either stamped with beautiful typography, or a transfer of a bunch of plums directly onto the wood.
The Ameixas d´Elvas have been made  since the middle ages,traditionally by the nuns. If you can´t find Elvas plums (or a nun to make them for you! ) You can have a shot at making them with Greengages when they are in season in August. This is commiting a bit of a sin against Elvas tradition. But I have to say you can´t beat Mrs Beeton, and if you can´t beat her join her :
TO PRESERVE GREENGAGES, DRY
Ingredients- To each lb of fruit allow 1 lb of sugar,1/4 pint water
Method- For this purpose the fruit must be used before it is quite ripe, and part of the stalk left on. Weigh the fruit, rejecting all that is in the least degree blemished, and put it into a lined saucepan with the sugar and the water, which should have been previously boiled together to a syrup.Boil the fruit in this for 10 minutes, remove it from the fire, and drain the greengages. The next day boil up the syrup, put in the fruit again, let it simmer for 3 minutes, then drain the syrup away. Continue this process for 5 or 6 days, and the last time place the greengages, when drained, on a hair sieve and put them in an oven to dry for 3 days. Turn them every day or they will stick. Put them into papered boxes, with a layer of paper between each layer. Store in a cool dry place.

Its all very Martha Stewart meets Downton Abbey and is probably a task for the weekend. "They come in here talking about the weekend", what is the weekend?" said the dowager countess.
Continuing a tradition many centuries old the plums were were specially selected and harvested in July, cooked twice in syrup and soaked in sugar syrup for six weeks. Painstakingly prepared and sun-dried on a rooftop, then each plum was individually  packaged in Elvas.These semi-dried, semi-crystallised greengages are meaty, juicy and unique (Agatha Christie, incidentally, adored Elvas plums)..
These plums could be eaten on their own (The very idea of such a fanciful confection!! ) for dessert or as an addition to a cheese board. They act in the same way as a quince jam when paired with cheese. I prefer my plums paired with a firm, salty cheese, like Manchego.Try a few slivers of candied plum atop a fluffy pile of  goat cheese or  fresh sheep’s milk cheese. Consider also a single plum alongside a slab of stilton  and a glass of Ruby Port.
Sericaia
This is the traditional desert that normally would accompany Elvas plums. The recipe for this unusually light Portuguese "egg sweet" is adapted from the Varanda Restaurant of the Ritz Four Seasons Hotel in Lisbon. And the twist here is that at the restaurant, an ice cream made from ameixas d'Elvas  is scooped alongside.I like the sound of that. However, the sericaia is equally delicious served plain.The original recipe for Serica comes from Elvas.
I will be posting shortly a recipe for my more modern take on Elvas plums.Casa Rosada will be serving this in the run up to Christmas.


And at the end of the day if you´ve run out of time or just can´t be arsed, pop into Fortnum and Mason and p-pick up a box for 28 quid!!! and with the price of Blumenthal Christmas pudding on e-bay, or even in Waitrose for that matter, this is a snip.