JANUARY 6th - Epiphany is a festival that dates back almost 2000 years, celebrated in every Catholic country and community. With it the Christmas season reaches its peak when the the three wise men visited baby Jesus. There were Gaspar, Balthazar and Melchior, three continents, three presents: gold, frankincense and myrrh. In many villages, "kings'  fires" are still lit as a reminder of the fires that, according to legend, burned that night in Bethlehem to hide the star from King Herod."Twelfth Night" as it is traditionally known in England, was marked by celebrations that brought an end to the twelve day Christmas period, and was the last chance for merry-making before returning to work.The link across the globe is in the form of a traditional cake
In Portugal the holiday season ends on January 6 with the King's Cake, or “Bolo-rei”, Portugal's version of an Epiphany cake. It is common for parents to give parties for their children on Epiphany. The Epiphany cake, or Bolo-rei, is a favourite tradition at these parties. Baked in the shape of a crown or ring, the cake contains many small trinkets ( a little heart,a tiny porcelain baby Jesus, an owl, something wrapped up in paper or even a one euro coin, and a dried broad bean. Whoever finds the bean is crowned King of the party and must promise to make the cake the following year. At adult parties, the person who finds the bean is expected to pay for the King´s cake for the following year. 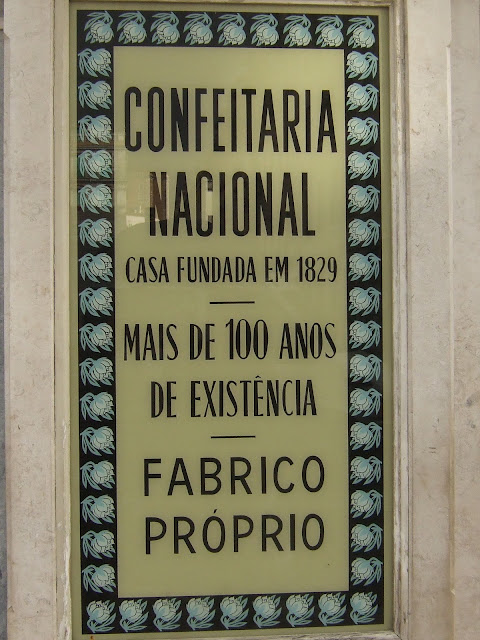 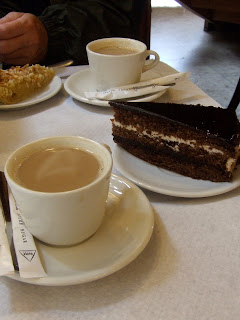 Bolo Rei originated In Lisbon,at Confeitaria Nacional the oldest establishment of its kind in downtown Lisbon, at Praca de Figueira.It has a bright mirrored interior with shiny marble counters, and remains a wonderful place for a cup of coffee and a cake. It was founded in 1829 by Baltazar Ruiz Castanheiro.When it opened this pastry shop was considered one of the most elegant in Europe. It has belonged to the same family for five generations, and has won international recognition, both for its traditional Portuguese cakes and pastries ,and for its creative innovation over the years. Among these  was the introduction of the "Bolo Rei" ( The Kings Cake) brought to Portugal by the son of the founder in the mid-19th century. The fashion for this cake gradually spread to other bakeries in Lisbon and around the country. Initially, the Kings Cake was for the celebration of the three Kings and, therefore, was made only on the eve of Epiphany, but success has meant that its consumption is spread throughout the Christmas season.Even today, the chef follows the same criteria as to the selection of ingredients used and strict compliance with the secret recipe, followed for over 100 years ensuring its unique status in Lisbon.
How to make the perfect Bolo Rei
Serves 10-12
675g (1.5lb )flour
30g (1oz) fresh yeast
140g (5oz)caster sugar
140g (5oz) butter
140g (5oz) mixed nuts and dried fruit
140g (5oz) mixed glace fruit and candied peel
3 large eggs
6 tablespoons Port wine ( or equivalent substitute)
grated rind of 1 lemon and 1 orange
1 teaspoon salt
1 egg beaten for brushing
1 dried broad bean and trinkets or coin ( optional)

Steep the dried fruits in the wine, to swell up. crumble the yeast into a little warm water(enough to dissolve it) and add it to about110g(4oz) of the flour. mix well and set aside for 20 minutes in a warm place to rise.Beat the eggs with the sugar, the softened butter, salt and grated rind. Mix in the yeast dough and then the flour, gradually.Knead really well, until it becomes elastic and smooth. Mix in the fruit with the wine and knead again.Gather the dough into a ball and sprinkle with flour. Cover and keep in a warm place for 5-6 hours to double in volume.With floured hands, shape one large or two smaller Kings cakes into a ring. Brush the cake or cakes with the beaten egg and stick the glace fruits and candied peel on top, all round. Bake at 210C/425F/Gas 7 for 20-25 minutes or until golden brown.After cooling, put the cakes in tins or wrap in foil, to keep them moist