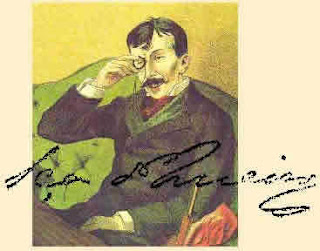 Eça de Queiroz generally considered to be Portugal´s greatest writer in the realist style, ranking alongside Dickens, penned  many food related references in his works. His characters certainly seemed to enjoy their food, not the least baked apples. Baked Apples are a common pudding offered both in Portuguese homes and family run restaurants. The apples used are maça Reinetas ( large russets ). They are very fleshy and extremely good for the job. I suspect English Coxs would work equally well.In The Sin of Father Amaro Eça de Queiroz refers to baked apples: "Marvellous!"said the canon, as Senhora Janeira brought a large platter of baked apples to the table. "I´ll have some of those. I never refuse anything as delectable as baked apples!" 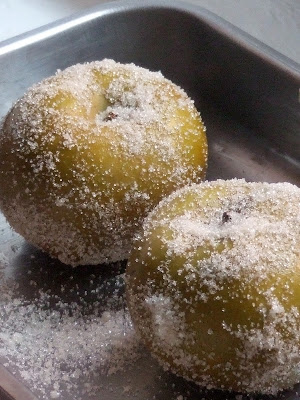 Wash the apples but do not core or peel them( the pips actually impart a good flavour ). Place them in a buttered baking tin. Rub the apples with buttered paper. Sprinkle them with the sugar. bake at 180C /350F /Gas 4 for 35-40 minutes or until tender and brown.
A Double Twist
1.Sprinkle the apples with 4 teaspoons of port, after brushing with the butter. sprinkle with sugar and bake as above.
2. Mix cinnamon or ground cloves in with the sugar 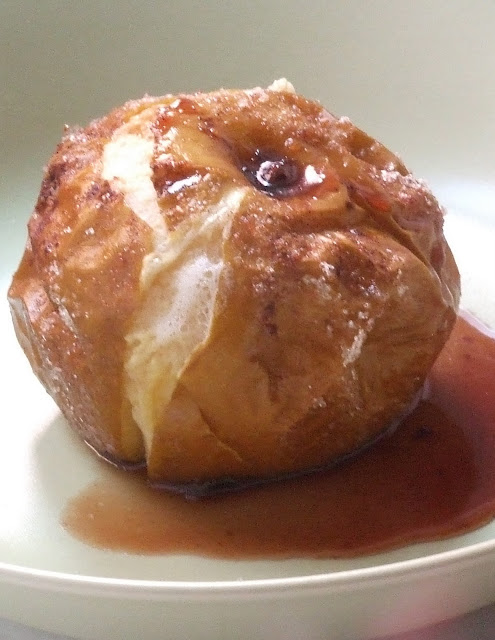