You may remember back in June, I shared with you how on a visit to Porto I had re-touched childhood memories with a plate of Lingua de Afiambrada,ox tongue and home made seed mustard.This stuck in my memory and I vowed that before the year was out I would bring back tradition and recreate my mother´s recipe for a brine cured pressed ox tongue.
Well, last week my butcher having remembered that I enquired about the availability of ox tongue and how much it cost, proffered me with just one of those.
I know, I know… this offal recipe might not be on top of everyone’s list of favourites, but I think you should at least give it a chance… if only a tiny little one.
I have never had a problem with the fact that I was eating an animal´s tongue and honestly, once you get over the aversion to the fact that it’s an actual tongue you’re dealing with, the whole experience just gets that much easier.
Once relegated to Jewish delis and sandwich lunches, tongue—like the rest of its offal brethren—is making glamorous appearances in butchers, supermarkets and on restaurant menus. Ever game for taking tough, cheap cuts and turning them into meat magic, chefs are using tongue again.Lets encourage this and see more tradition being incorporated into menus by chefs ( you know who you are) rather than pandering to what you think tourists want. While the affordable low price point is a clear draw—the real allure is the meat itself. The delicate texture that emerges after a long slow brine  and a heavy pressing under weights make this meat once again a shining star on smart restaurant menus, but so accessible at home too.Please people, start educating your children by bringing back culinary traditions and introducing them to the meals their grandmother gave you.Then and only then will we  have a healthier world with better nutrition,parents being able to give their children more affordable meals and last but not least, less obesity.Wake up and enjoy what was good in this world.Thank you Restaurant Largo Sao Domingos for bringing back this memory and inspiring me with this project.

Yield: Approximately 750g (1½lb) cooked meat
Serves 6 - 8
Before embarking on this project please refer to the guidelines below* 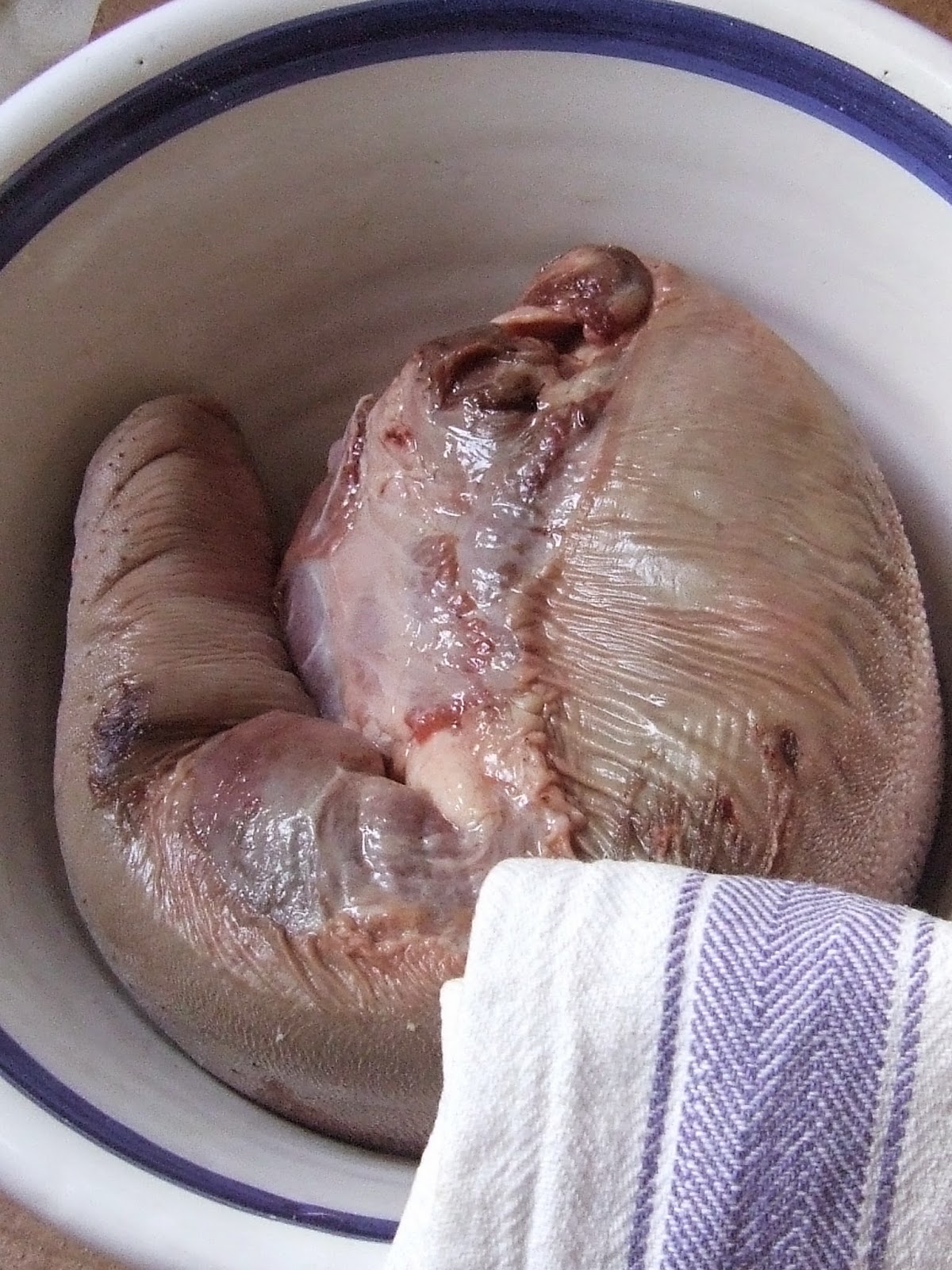 First up you need to rinse the tongue well and place it in a bowl or plastic container that´s large enough to to hold the tongue  plus about 8 cups of brine. 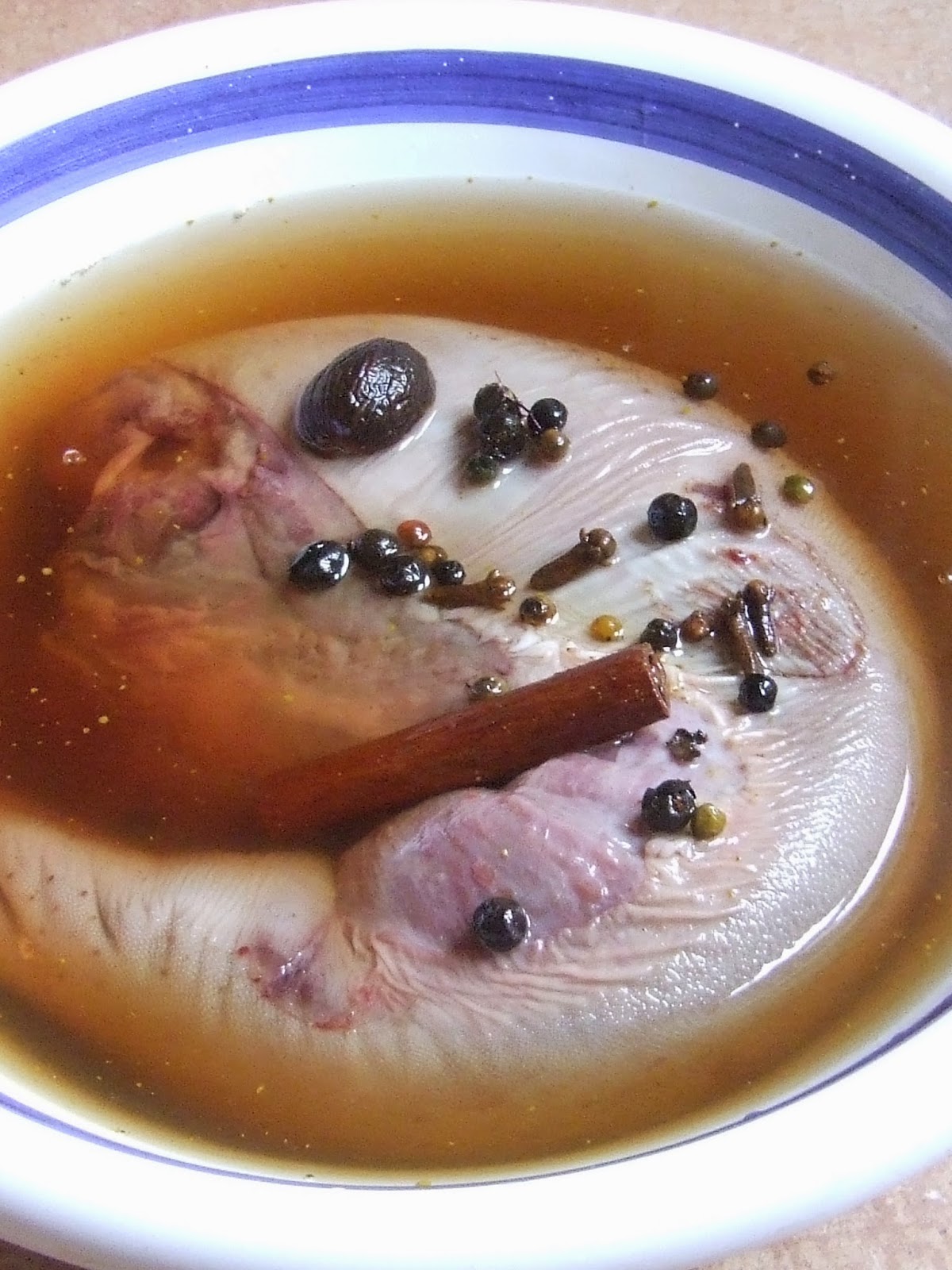 After your brine has cooled down completely, pour it right over your beef tongues until they are completely covered. 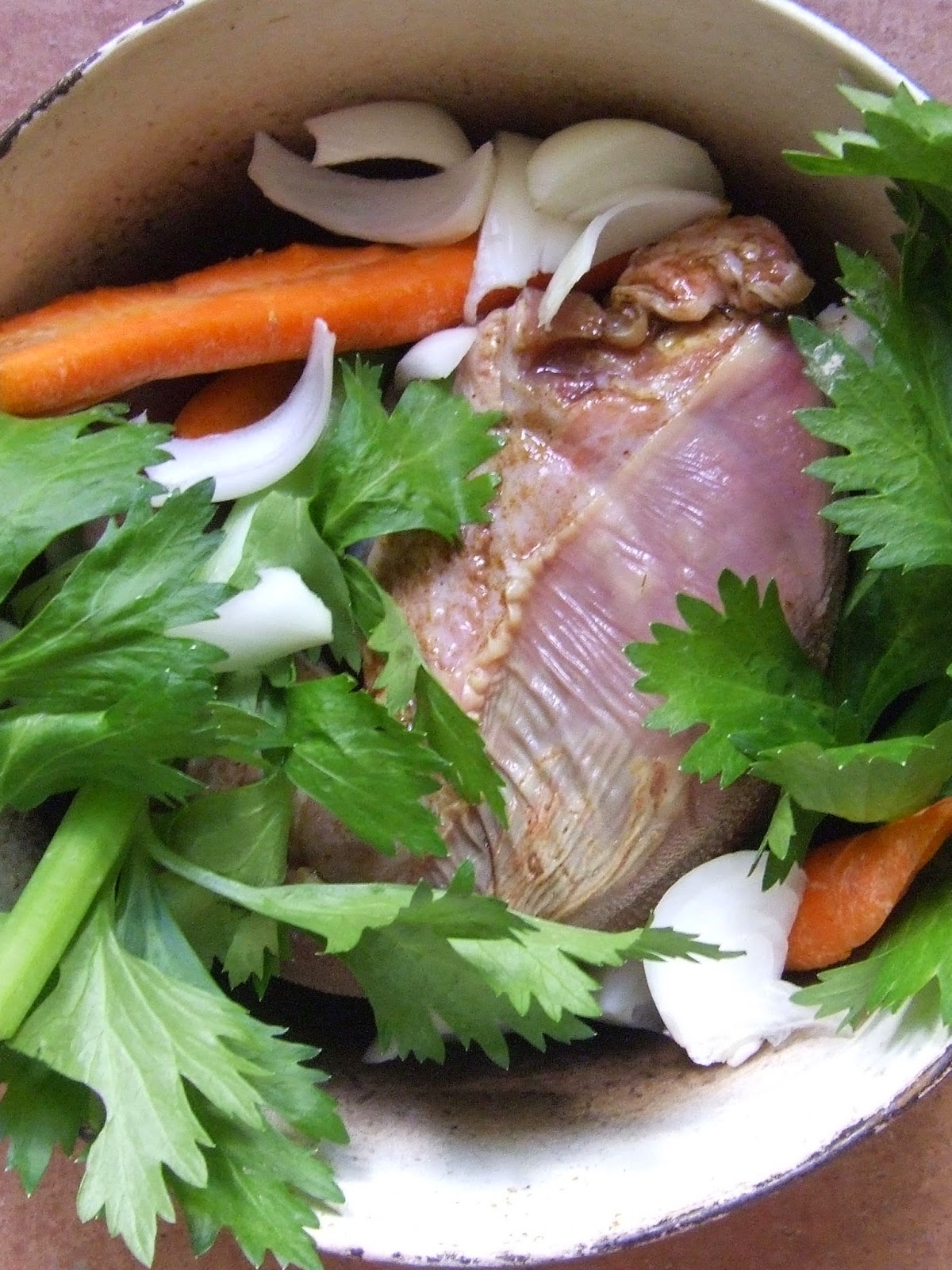 After the meat has been cured, rinse it under cold running water and place it in a large casserole or dutch oven; discard the brine, it’s done its job!
Add onions, garlic, celery and carrots to your casserole and cover with cold water.
No need to get fancy-schmancy with the vegetables here. You can even leave the peel on: it’ll only give more flavor to the cooking liquid! 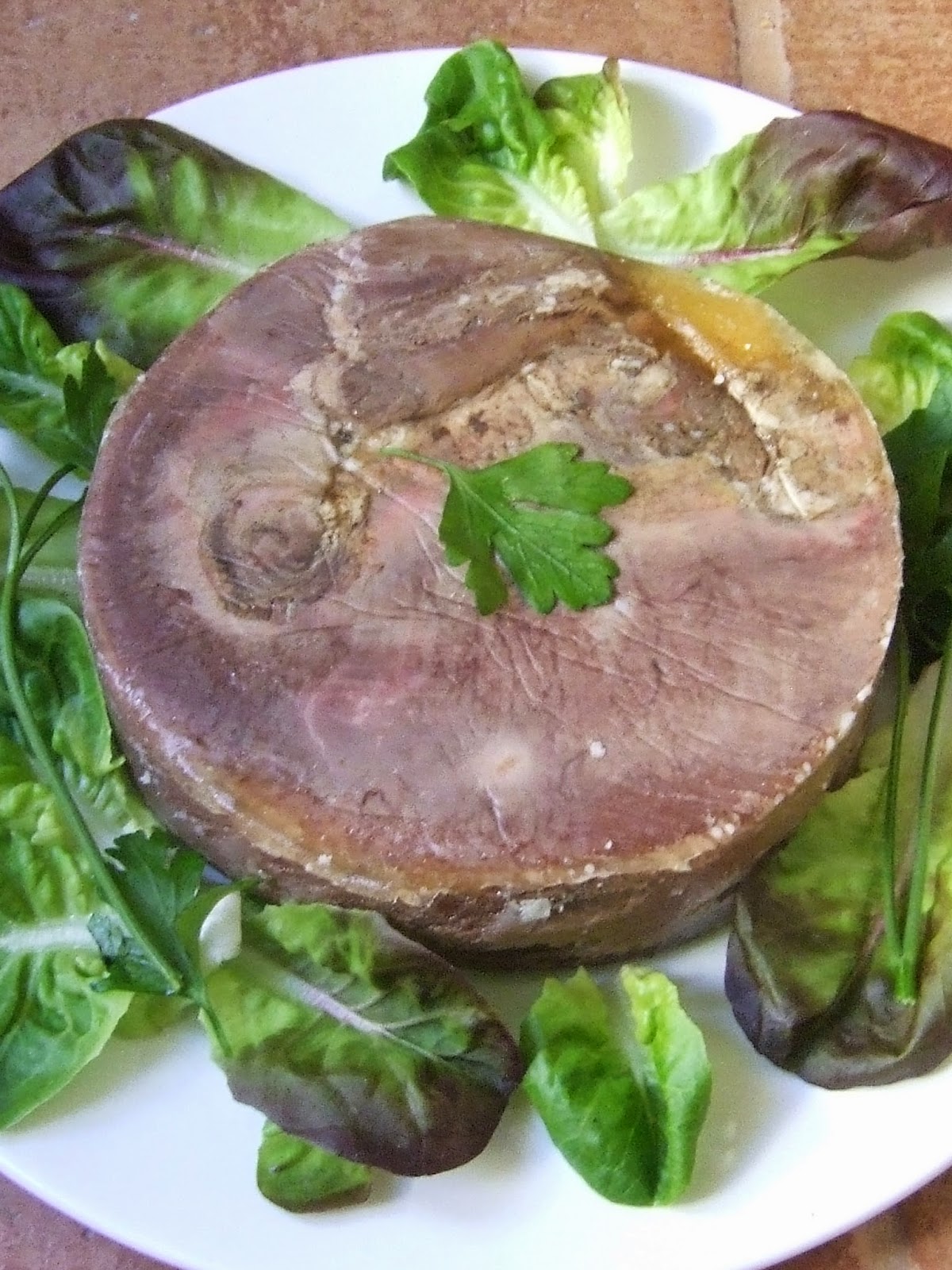 Pressed and ready for sandwiches or cold cutting
Melt-in-your-mouth tender and flavoursome.
Traditional comfort food at its best!

TO CURE THE MEAT
TO COOK THE MEAT

PRESSING THE MEAT
Some short notes on curing
Curing Salts (Sodium Nitrate and Sodium Nitrite)
Saltpeter (sodium nitrate) is a naturally occurring mineral that has been used to cure meat for thousands of years. Nitrate preserves meat by prohibiting the growth of spoilage bacteria (especially C. botulinum) and preventing fats from going rancid.
As it turns out, nitrate isn’t the active agent in meat curing, rather its derivative, nitrite. Nitrite causes the preservative effects, as well as the appetizing reddish-pink colour and pleasing flavor that we associate with cured meat. People continued to use nitrates only until they ceased to be readily available,due to their connection with terrorism. Nitrate apparently is still used today only when a slow-cure method is needed for raw-cured products,

Who knew that I would someday end up making my very own pressed ox tongue…  If mother were still with us, I think she’d be very proud of me! - and it looks like it could well become a Casa Rosada staple