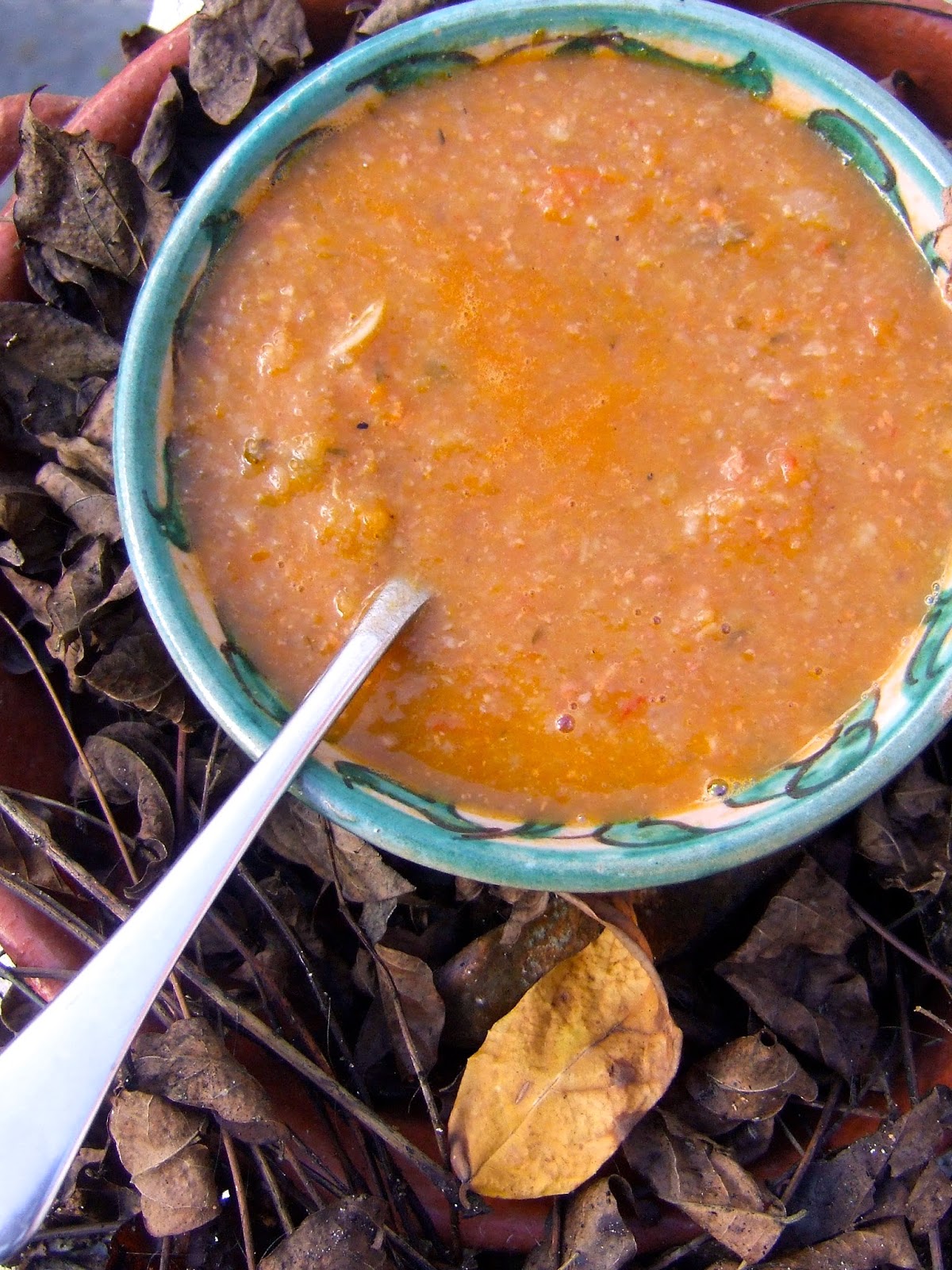 a soup that matches the rich seasonal hues outside
Can anything beat the smell of chestnuts sizzling and spitting on a brazier? Christmas shopping in the city wouldn´t be the same without that fragrant scent.On our recent trip to Lisbon I was reminded that it is that time of the year when chestnut sellers line the streets of major cities selling delicious hot chestnuts to warm your cockles.The toasty treat that Nat King Cole immortalized in "The Christmas Song" is a once a year-round staple of street vendors worlwide.
Like sweet potato, chestnuts have become a nostalgic tradition during the Christmas season.Just the smell of them brings back so many good memories.When I think of chestnuts, I think of winter, snow and fireplaces.Bring some raw chestnuts home, dry roast them in the oven for 20-25 minutes and while still warm discard the shells.Add chouriço to the equation and you have something traditionally
Spanish that is synonymous with autumn, Chestnut and Chouriço soup.
The soup is simple but satisfying, subtle yet packed with layers of wonderful flavour. The sweetness of the chestnuts and the salty, spicy nature of the chorizo are perfect bedfellows, and the colour of the soup matches the rich seasonal hues outside.I mean, how more autumn can this soup get?Its comforting and a bit spicy, yum! The soup freezes beautifully and so it can be made in advance then reheated. It doesn´t get much better than that when planning for stress free Christmas catering.

Chestnuts are often paired with sausage, but using spicy Spanish chorizo definitely gives this soup an edge (one that will vary greatly, depending on the type of chorizo you buy).The addition of cumin and saffron bring in hints of North Africa and the Middle East.

In a large saucepan, heat the olive oil over a medium heat.
Add the onion, carrot, celery, chorizo and a pinch of salt and fry for about 20 minutes, stirring occasionally, until everything caramelises and turns quite brown. This gives the soup a wonderfully rich colour and taste.
Now add the garlic, cumin, thyme and chilli and cook for one more minute, followed by the tomato and, after about two minutes, the chestnuts.
Give everything a good stir, then add the saffron-infused liquid, and the water, and simmer for about 10 minutes.
Remove from the heat and mash by hand (with a potato masher) until almost smooth but still with a little bit of texture. Season with salt and pepper, then serve.