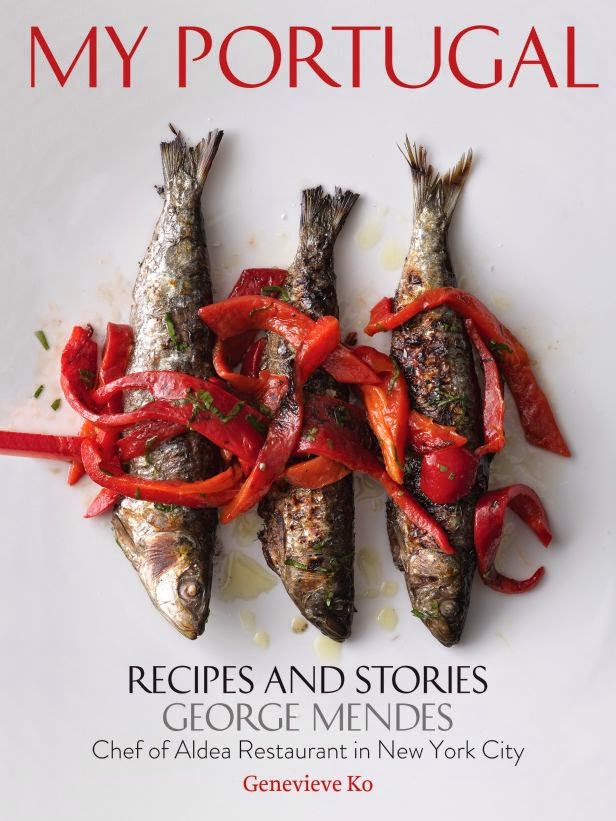 “I like to define my cooking style as Portuguese-inspired,
but also globally influenced,”
Georges Mendes

A book is for life not just for Christmas, and having waited for so long I could not have been given a better Christmas present than Georges Mendes new book "My Portugal."Here is a book that I will cherish and use now and forever. 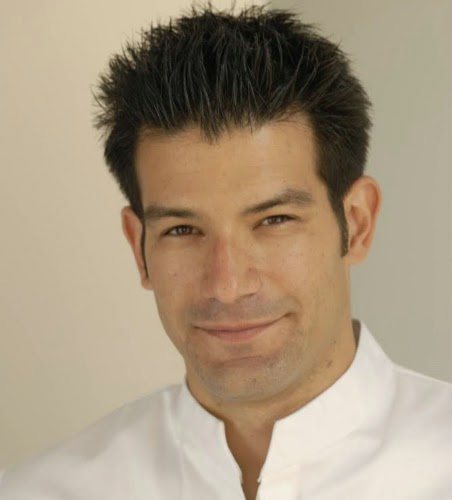 A Portuguese-American chef, Mendes has just celebrated five years at his well-regarded Flatiron restaurant Aldea,. His restaurant, offering traditional seasonal Portuguese cuisine but with his own international spin, earned him a Michelin star in 2011.
Aldea is a Portuguese word that means village or countryside and it’s actually inspired by a poem that his grandfather wrote in 1977 when as a child Mendes was visiting Portugal for the first time. It was a poem about the hard knocks of life and farming.
A first-generation American born to Portuguese farming stock, Mendes grew up with memories of home-cooked meals and salt cod soaking in the garage.He therefore came to cooking with vibrant traditions in his arsenal.
The title really reflects his upbringing and early visits as a child to Portugal, and going back as a teenager and again as an adult, it tells the story the story of someone growing up and being introduced to food.Given the chance, this is just the kind of book I would write. A story full of culinary heritage coming deep from family roots.As an estrangeiro living in Portugal with roots elsewhere, it is books like this that help me to discover and unearth a wealth of Portuguese heritage and introduce it through my blog to a whole new audience,often like Mendes, putting my own twist on things but possibly not often enough.Hopefully being inspired by this offering, it will help me up my game.New year, new you, new recipes they say.I see Portuguese women of a certain age in the butchers buying pigs ears and always wondered how they cook them.In this book I found that at Aldeia they serve crispy pigs ears with ramps and cumin yoghurt.Having just re-discovered offal I cant wait to try this. Pork scratchings and toresmos come to mind.I predict crispy fried pigs years could become the new chips.after the bitter disappointment of the sprouts I served on Christmas day,I wish I´d had this book earlier and I would have tried his brussels sprouts with quince and bacon instead.
I suppose why I have such an affiliation with Mendes cooking is his attention to sourcing and simplicity,something that comes across clearly in this book.He looks at where Portuguese cuisine has come from and how it has moved away from Portugal too.A cuisine that has crossed boundaries.He includes recipes from the former colonies, for example "Shrimp Mozambique style" in which he uses ingredients such as okra and things not so familiar in Portuguese cuisine.It is in dishes like this that he so cleverly brings memories of Portugal´s seafaring past to the tables of today´s Manhattan diners.
Then there’s a Goan cuttlefish recipe too, and his love of Japanese food and sushi also comes across.There is hardly a single recipe here that I dont want to try. 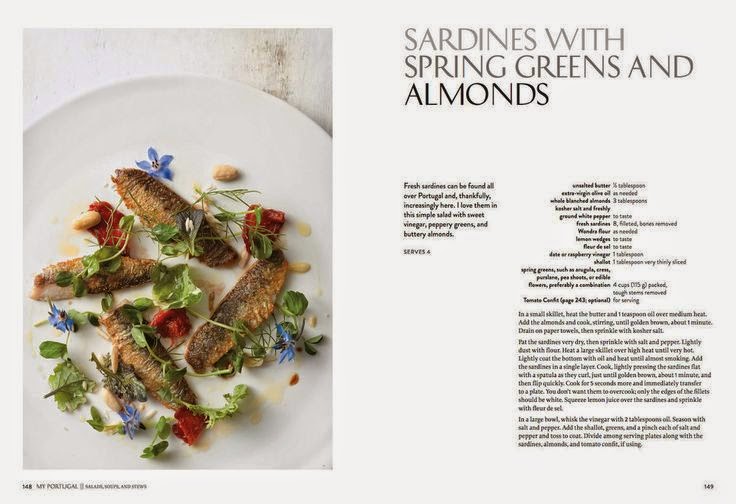 The design of the pages is clean and simple with beautifully styled photography and laid out in a way that makes each recipe accesiible to a domestic cook.

I know running a restaurant isn't easy, especially in the uber-competitive New York environment,but Mendes must being doing something right. After opening Aldea in 2009,  it’s long been anticipated that Mendes would expand into a more casual style.
His long awaited new restaurant, opening on 29th Street and 6th Avenue this winter, promises to be in the style of a “rustic Portuguese café” with a menu inspired by the chefs roots and will be equipped with a large wood-burning oven, which Mendes hints will be a primary focus. He'll be cooking, among other things. butterflied flattened chicken with  piri piri, and you can´t get more traditional than  that, but I am sure there will be a little twist or tweak in there.The concept will be beer-driven and modeled on the cervejarias of Lisbon, with very simple cooking and a raw bar. An affordable place you can eat at every day.
Cinnamon sugar "doughnuts" with salt caramel sauce is one of my many bookmarks already in the book so watch this space, I think there will be some treats in store for the New year.By George he´s got it.