Caught between the devil and the deep pan pizza 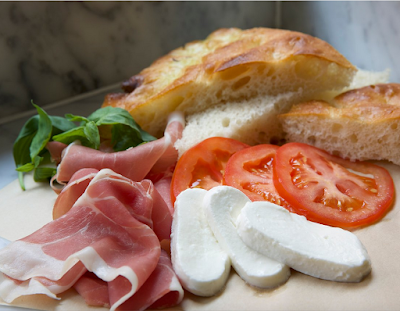 The Uk has endured some of humanity’s biggest threats, The Black Death, Smallpox, Spanish flu, swine flu, BSE, six recessions, two world wars, the rise and fall of an empire, the start and end to their involvement in Europe, Napoleon, Hitler, Mr Blobby, and Covid 19. Now the Uk is going to be left with a gaping hole where once world-class food and drink thrived. Great Britain is  caught between the devil and the deep blue sea. If restaurants close they commit business suicide. If they stay open they could be risking the public´s health. Covid has now clinched the deal that the uncertainty surrounding Brexit began. Oscar Wilde described fox-hunting as “the unspeakable in pursuit of the inedible.” Brexit may be similarly defined as the unhinged in pursuit of the unfeasible. So what is it to be? - the devil or the deep pan pizza? A rock or a hard plaice? The current dilemma faced, which will be triggered by the eventuality of the agricultural bill going through parliament, is whether to lower regulatory standards. Should this happen,god forbid, the UK will be flooded with cheaply produced food. There is  an enormous risk of `lower standard` and `fake´ meat and, dare I say it ,"chlorinated chicken" being sold in British shops or served in  restaurants once the UK has left the EU. Europe wonders do the British prefer to maintain their reputed high standards of food or opt for,on the contrary, lower standards, and subject their farmers and their competitors to unfair and unjust competition from other regions of the world? The coronavirus pandemic has raised the stakes even further because now, more than ever, the UK government need to make sure everyone has access to affordable, good quality and sustainable food, to help people be healthier, happier and more resilient. In those 47 years since January 1st 1973, while being a member state enjoying affordable holidays in Europe ( France Italy Spain and Portugal ), the English palate became accustomed to luxuries that soon became the 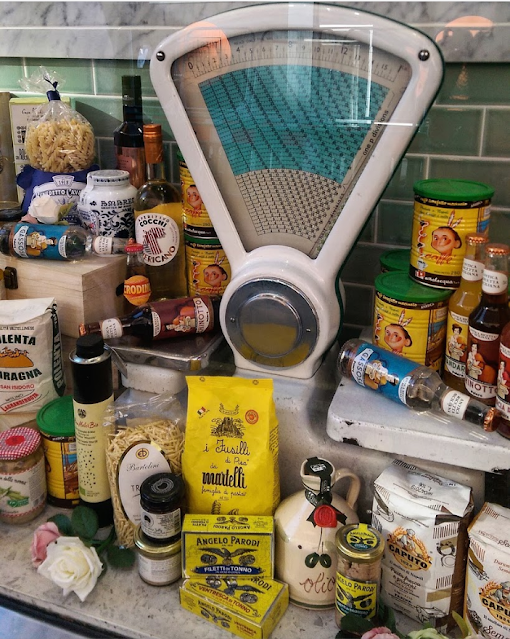 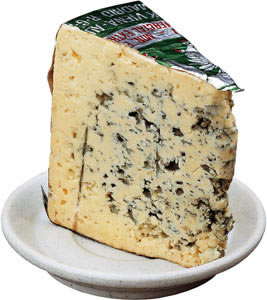 Waitrose to supply the new needs of the British foodie, but with imposed taxes pushing the prices up, a no deal brexit will now force tariffs on those items, creating a paradise of well-off folk blowing large amounts of spare cash mostly on their small island’s bounteous and most celebrated produce. Consigned to the chilly, billy no-mates periphery, the less well off will now be condemmned to suffer at the hands of a trade deal with America that will bring them treated meat and consequential obesity. The British will now stand as the unwanted guest at a European party, like that poor, fat, spotty, bespectacled youth that nobody cared to offer the next dance to. The hospitality, catering and grocery industries in the UK, renowned for being some of the best in Europe, if not the world ,are now now F****d. Running my own catering company back in 1996, my best staff were all foreign nationals, Three Indians, a Sri lankan , 2 Jamaicans, a Portuguese and an African Sudanese.Taking a broader picture of the sector and having been an owner manager in it , it would seem  to me  that hospitality would be near impossible to achieve without a foreign workforce.Here´s a brief glimpse of an immigrant´s point of view. Tom Booker, who anglicised his name to remain anonymous and  avoid having stale pastries thrown at him, said:

“Do you seriously think we dreamed of leaving our homes to settle in your idyllic country of roundabouts, multi-storey car parks and precincts?“We’re here to pick the strawberries you can’t be arsed to pick, pull the pints you can’t be arsed to pull, handwash the cars you can’t be arsed to handwash, wipe the elderly arses you can’t be arsed to wipe. “But we do apologise if our slightly swarthy complexions and occasional grammatical errors that are an intolerable burden on you. “Naturally, we’ll follow government plans and sod right off back home. Oh, and if your economy should take an unexpected downturn, feel free to come over here and pick our potatoes.” 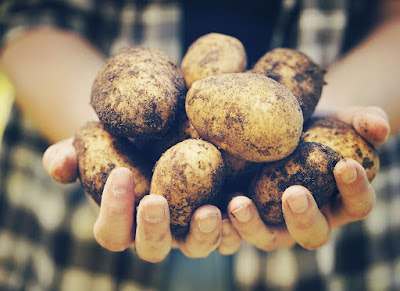 I might point out that they were not invited to leave their cherished home countries as a result of some experiment in multiculturalism imposed by the liberal elite. Nor did they come here because it was their dream to luxuriate on the dole in Dover or Braintree. Colby´s and Carrington´s aside lets cast our minds to some great but not so British dynasties,that drive or have driven the UK´s hospitality industry and look at the provenance of their heirarchies.

The Forte family: Charles Carmine Forte, Baron Forte was a Scottish-Italian caterer and hotelier of Italian origin who founded the leisure and hotels conglomerate that ultimately became the Forte Group. While on the subject of Fortes , Alex Polizzi, grandaughter of the above Lord Forte, backed the Leave campaign during the 2016 British referendum on membership of the EU, but later had a change of heart and has spoken subsequently of her concern that Brexit could threaten the supply of labour into the hospitality and hotel industry 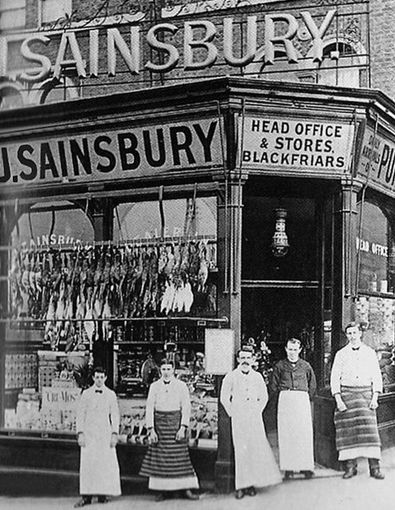 Sainsbury´s: John Benjamin, early chairman of Sainsbury´s from 1928 -38 was married to Mabel – daughter of a Dutch Jewish margarine magnate, Jacob van den Bergh.I remember well our family spreading van den bergh( later unilever ) dairy products on our toast as children.It is forgotten or unbeknown to many how this sector was built and driven by a force of immigrant genius. 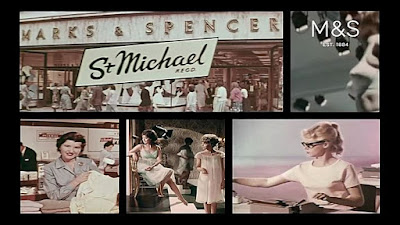 Marks and Spencers was formed in 1884 when Michael Marks, a Polish refugee opened a market stall in Leeds, The penny bazaar, with the slogan 'don't ask the price, it's a penny'. Todays translation of that would be dont ask the price you cant afford it. Marks wouldn´t be Marks without Michael Marks, this Polish Jew from Słonim (Marks was born into a Polish-Jewish family, a Polish refugee living in the Russian Empire, now in Belarus) and its chairman Marcus Joseph Sieff a Jewish British businessman who made it his family company.
J. Lyons & Co: was a British restaurant chain, food manufacturing, and hotel conglomerate founded in 1884. Several Lyons cake products are still available today on supermarket shelves, including, Lyons Treacle tart, Lyons Bakewell tart, Lyons Battenberg, and Lyons Trifle sponges. The company began as a collaboration between Joseph Lyons (JO) and his brothers in law, Isidore and Montague Gluckstein, as a spin off from the Salmon & Gluckstein tobacco company. Samuel Henry Gluckstein was born in Rheinberg, Prussia (now Germany) on 4 January 1821Samuel Gluckstein left Prussia to come to London, where he established the cigar making factory in London´s east end. Isidore Gluckstein was the son of Samuel Gluckstein, the founder of Salmon & Gluckstein. Julia Gluckstein,daughter of Isidore Gluckstein married Frederick Levy (great-grandparents of Nigella Lawson)

And now some of the single migrants that have been/still are pillars of the hospitality industry.
Anton Mosimann OBE, DL (born 23 February 1947) is a Swiss chef and restaurateur who was Maitre Chef des Cuisines at the Dorchester Hotel for thirteen years,

Satwant "Sat" Bains Satwant Singh Bains was born on 28 February 1971 in Derby, Derbyshire. His parents were Sikhs who had only recently migrated to the UK.
Cyrus Todiwala MBE , Proprietor and Executive Chef of the Cafe Spice Namaste restaurant, renowned for its innovative and fresh approach to Indian cuisine. Born and brought up in Bombay, India, he graduated from Bombay’s Catering College and trained as a chef with the famous Taj Group in India. He left India for Europe in 1991, where he set-up Cafe Spice Namaste, the only Indian restaurant in the UK to be awarded the Investors in People Standard. In 2000, Cyrus was awarded an MBE in recognition of his extensive knowledge, skill, commitment and expertise to the restaurant and catering industry.

Yotam Ottolenghi  was born and raised in Jerusalem, the son of Michael Ottolenghi, a chemistry professor at Hebrew University, and Ruth Ottolenghi, a high school principal.[1] He is of Italian Jewish and German Jewish descent

Nuno Mendes, Portuguese chef was born and raised in Lisbon

Monica Galetti a Samoan-born New Zealand chef, former sous chef at Le Gavroche and now a restaurateur in her own right.

Anouska Hempel, Lady Weinberg, is a New Zealand-born film and television actress turned hotelier and interior designer. She is a noted figure in London society. Hempel is of Russian and Swiss German ancestry and has mused that she was born on a boat en route from Papua New Guinea to New Zealand. Her father emigrated to New Zealand where she was born.In 1962 she moved to England carrying only £10.

Walter Pintus, an award-winning Italian bartender and mixologist, who has run the Lobby Bar at One Aldwych, the Connaught Bar, the Ritz's Rivoli Bar and, most recently, The Mandrake. 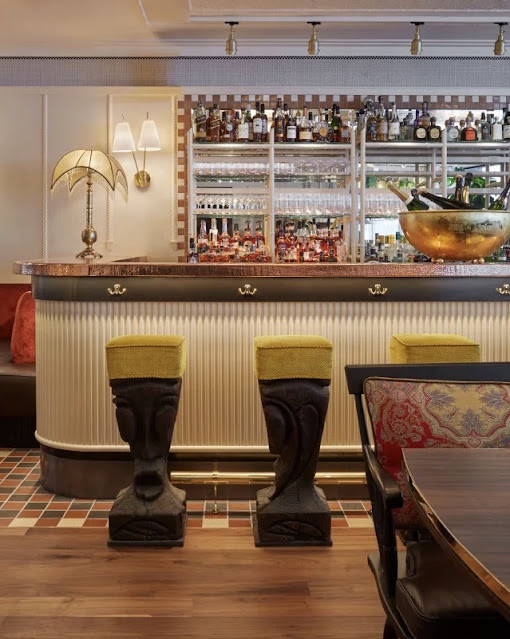 If post-Brexit rumours become true, I understand there are plenty of incredible new multimillion-pound gastronomical pleasure palaces in London, with no shortage of Vibeke Fonnesberg Schmidt plexiglass chandeliers. I for one would take refuge in the chic homeliness of Louie, the Ivy´s new much talked up new neighbour and perch on a gold corduroy upholstered stool at a gleaming metallic copper, curvilinear bar. Here I wouldn´t have to listen to the hungry rioters outside.As the masses enter the building George Romero zombie-style, I´d be far too pushed busywise to take notice of them. My sightlines would be impeccably focussed on the beautiful people dining around me enjoying their deconstructed Oysters Rockefeller or grilled turbot with horseradish beurre blanc. As regards the Anti Mask Brexiteers “Let them eat caviar vol-au-vents,” Cheers, the best of British to you.