Having a poke at christmas 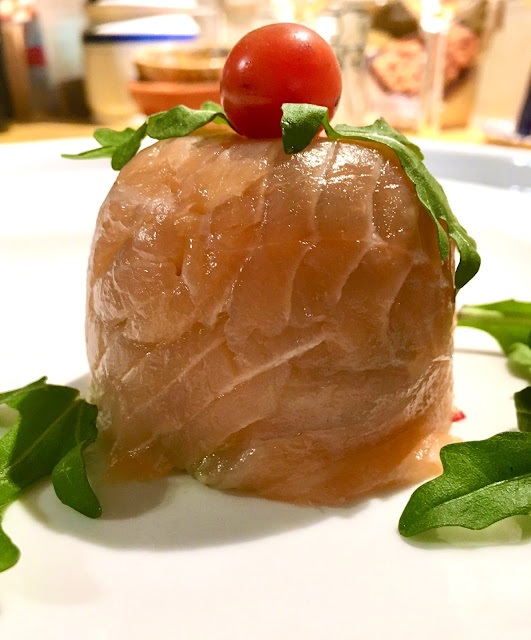 Its time to be cooking up a storm for all tomorrows parties. Nibbles, canapés, finger foods, starters, appetizers and hors d'oeuvres. These terms are often used interchangeably, especially as we approach another season of ......yes that one. A festive meal should begin with something frivolous; a nourishment that stimulates a desire for a more, shall I say, literary first course. I dislike the word starter and surely the word appetiser describes a better beginning. A light collation that prepares the palate and lures it gently towards a thing more glorious, in the form of a longer and more substantial second course. Everything always sounds so much better when said in French.T hey call it "entrée"T he small course that precedes the main course in a three-course meal.T he saying is Italians "do it better" Do what better? Sex? Life? Antipasto perhaps, a course of appetizers consisting of an assortment of foods. Enough said my suggestion for a seasonal "what shall we call it" is inspired here by the lyrics of a song by the Vapors

The healthy and delicious Japanese influenced Hawaiian dish, Poke Bowl, took the world by storm. It has now become a worldwide phenomenon. And no wonder because it is a well-balanced protein, fat and carbs one bowl dish! Have you tasted one yet? You probably already know what a Poke Bowl is. For those of you who have never heard of it, here is some info. Well, basically poke is deconstructed sushi so if you use sushi rice for the base like I did then why not go the full circle, make a poke bowl and turn it back into something that resembles a sushi item. By using an egg cup or dariole mould lined with cling film and then a piece of smoked salmon, you fill it with your poke mixture and then turn it out onto a plate and there you have it, upside down poke bowl. For the filling I used cucumber, avocado, radish ,spring onions and celery . You need to think about adding different textures. So for that matter, I think radish and celery are eye-catching and also add a crunchy texture. Other suggestions: lettuce, thinly shredded cabbage, spinach, grated carrots and also seaweed. You can make an extra dressing by using up the marinade from the tuna and adding some finely chopped stem ginger and a bit of its
syrup and a teaspoon, or however much kick you want, of wasabi paste. 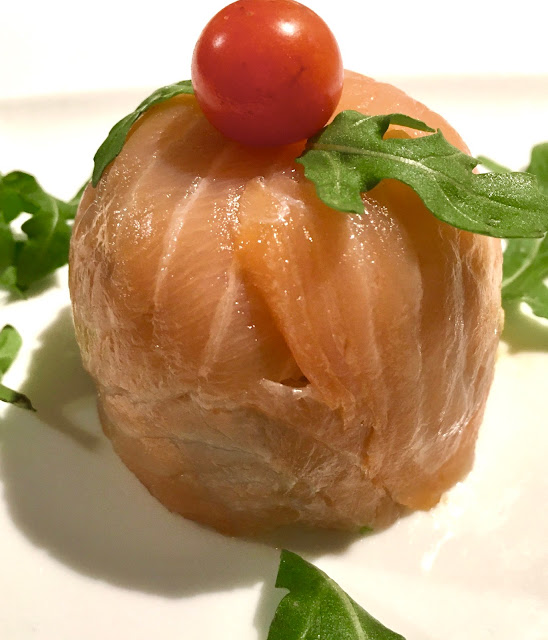 Dice the tuna and place in a mixing bowl.

Add soy sauce, sake( if using), mirin or sherry, rice vinegar and sesame seed oil to the mixing bowl. Combine them well together and marinate the fish while you cook the rice.

Now make the sushi rice.Note: Boil 15 per cent more water than rice.so use 1 cup rice to 1 cup plus just over 1 tablespoon water.put the rice in a large bowl and wash it thoroughly changing the water several times until it comes clear.Drain and leave in a strainer for 1 hour.If you are short of time soak the rice in clear cold water for 15 minutes,then rinse and drain.

Transfer to a deep heavy based saucepan add 500ml water and a piece of dried kelp(kombu),optional.cover and bring to a boil over a high heat,about 5 minutes.If using the kelp discard at this point.

Lower the heat and simmer,covered,for about 10 minutes,or until all the water has been absorbed.Do not lift the lid.Remove from the heat and and leave still covered for about 10-15 minutes.

Mix the rice vinegar,sugar and salt in a small jug or bowl and stir until dissolved.

Transfer the cooked rice to a large,shallow dish or wooden bowl and sprinkle generously with the vinegar dressing.

Cool it by fanning it.Let the rice cool to body temperature before adding the other ingredients to make the filling.

To make the dressing use the marinade ingredients from the tuna and stir through wasabi paste.

Combine all the ingredients with the tuna and the rice and spoon into the smoked salmon mould (see above) press the filling down tightly with your fingers then turn out onto a serving plate.Re-line the mould with cling film and smoked salmon and repeat until you have completed four portions.To garnish, top eack poke with a small cherry tomato and rocket leaves serve with the extra dressing on the side. 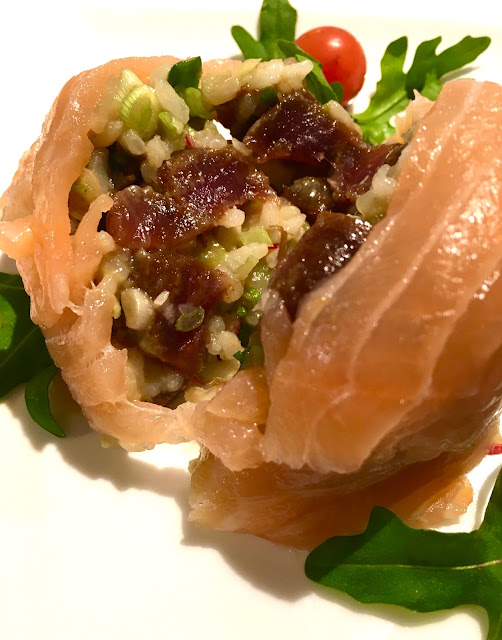