Put a Potato in Your Sandwich? 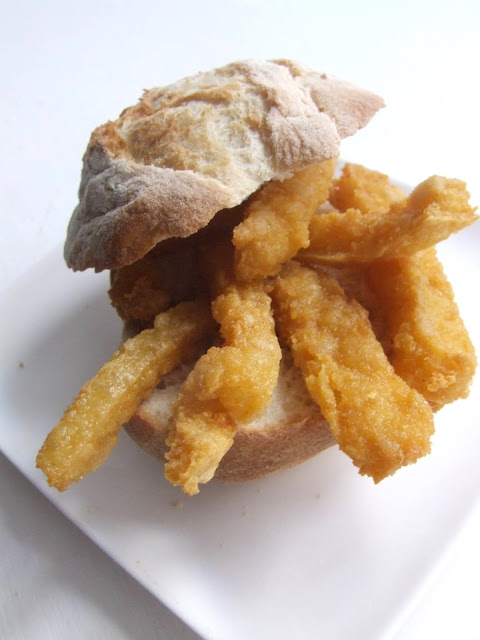 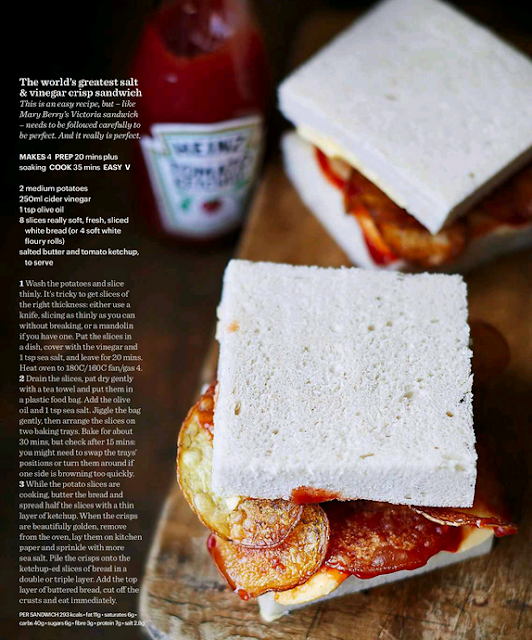 Emma freud´s"Nouveau" salt and vinegar crisp sandwich
2 medium potatoes
250ml cider vinegar
1 tsp olive oil
8 slices really soft, fresh, sliced white bread (or 4 soft white floury rolls)
salted butter and tomato ketchup, to serve
Wash the potatoes and slice thinly. It’s tricky to get slices of the right thickness: either use a knife, slicing as thinly as you can without breaking, or a mandolin if you have one. Put the slices in a dish, cover with the vinegar and 1 tsp sea salt, and leave for 20 mins. Heat oven to 180C/160C fan/gas 4.
Drain the slices, pat dry gently with a tea towel and put them in a plastic food bag. Add the olive oil and 1 tsp sea salt. Jiggle the bag gently, then arrange the slices on two baking trays. Bake for about 30 mins, but check after 15 mins: you might need to swap the trays’ positions or turn them around if one side is browning too quickly.
While the potato slices are cooking, butter the bread and spread half the slices with a thin layer of ketchup. When the crisps are beautifully golden, remove from the oven, lay them on kitchen paper and sprinkle with more sea salt. Pile the crisps onto the ketchup-ed slices of bread in a double or triple layer. Add the top layer of buttered bread, cut off the crusts and eat immediately.
Email Post